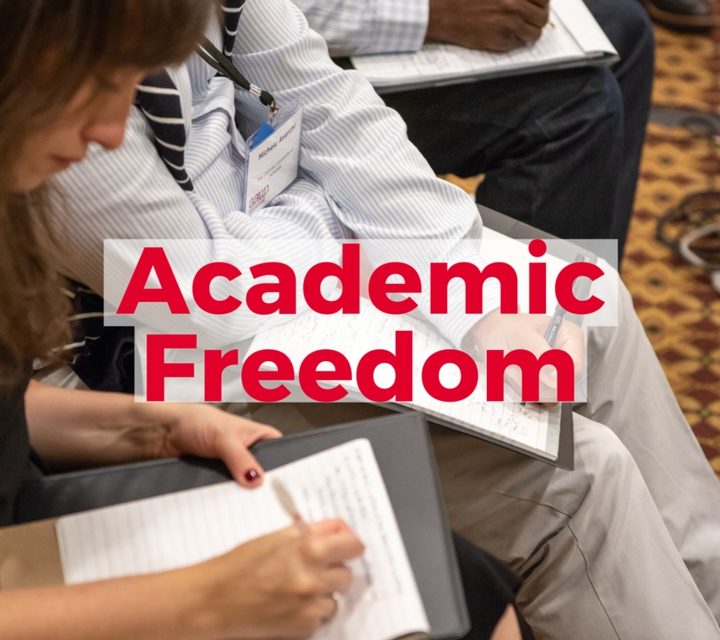 Governor Bill Lee’s attack on academic freedom at the University of Memphis begs the ultimate question: Is there any part of our lives that he and the Republican right wing supermajority in the Tennessee Legislature are not willing to interfere with?

Like no political group in the history of state government, they inject their political agenda, their raw political motivations, and their political egos into all corners of our lives.  And they do it while cheapening the word “liberty” into a talking point, all while eroding our liberty to the point that they interfere in personal decision-making, local governance, and local options.

The latest egregious example is the governor’s pandering that led to the end of a social justice program at the University of Memphis.  It’s part and parcel of the bait and switch that has defined Mr. Lee, a candidate who ran toward the middle and has governed from the hard right.

It is hard to comprehend why any institution of higher learning isn’t involved in addressing diversity, considering the role of social justice in realizing the promise of the American Dream, and offering minority students a curriculum that prepares them for work and life.

And yet, these objectives became yet another victim of the extreme right wing, white nationalist echo chamber, and faced with the option of doing right or pleasing Fox News, Washington Free Beacon, Turning Point USA, and Senator Marsha Blackburn, he chose the traffickers of division and disinformation.

It’s typical of the echo chamber that the noise made by a handful of students who belong to the white nationalist hate group, Turning Point USA, was amplified to the point that the University of Memphis program was unrecognizable in the retelling.

In bowing to these autocratic forces, Governor Lee claimed that the diversity and social justice program at U of M was promoting a “divisive, radical agenda.”  Similar programs addressing diversity and social justice can be found at most universities that take their mission seriously and at most major Tennessee companies which understand how it relates to productivity and their social contract.

As usual, in this equation, Mr. Lee will be the arbiter of what’s divisive and radical, and it’s a safe bet that he has done no due diligence of his own into the program, but merely wants to reward the white nationalist rage that reached his office.

It’s not the first time – and certainly won’t be the last – that the governor panders to the extremists in his base.

So what exactly was the purpose of this “divisive and radical” agenda program?

It was to create 14 groups to consider how to improve academic outcomes for people of color, how to retain people of color on the faculty, how to improve pay equity and minority business participation, and how to create diverse, equitable, and inclusive coursework.  It was to make recommendations as the result of a process to listen to different voices and to consider different points of view – exactly what the governor did not do.

In other words, the process was considering how to address racism and promote social justice. Few actions could more illustrate the need for it than Governor Lee’s interference to make sure the fragile minds of a small group of white U of M students don’t have to even consider what fellow students who are Black face in their daily lives.

The governor has apologized for his insensitivy in dressing in a Confederate uniform in college, but given this opportunity to prove that his apology was deep and sincere, he failed to seize it, raising questions again about what he really believes. 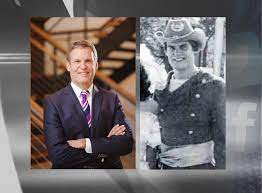 Photo of Bill Lee now and in college.

In its way, his interference is more than a slap at the University of Memphis.  More precisely, it is a direct slap at Memphis itself.

After all, the goals of the program seem only logical for a university where one in three students are Black and that is located in a city and county that is majority African American.

The governor now disingenuously says that the program was canceled by University of Memphis although it is clear that it resulted from his implied threat to a university that depends on $123 million in state funding.

It’s another example of the cancel culture that right wingers like the Turning Point USA faithful claim to abhor but exercise so often themselves. At a time when the most important outcome for a university student is the ability to reason, they prefer rote repetition of a white-centric agenda that is opposed by the majority of Americans.

The halls of the state Capitol are the breeding ground for an insular political egotism that is anti-democratic in philosophy and autocratic in response.

The extremists “only we know what’s right” approach has corrupted state government’s traditional functions, responsibilities, and philosophy. It also feeds a culture where every decision, from every line item in the state budget to the policies of inconsequential boards, is ripe for political purity.

It is in that hotbed of extremism that state government does much more than attack academic freedom.  It also attacks the power of our public health system to act autonomously in the best interest of the urban counties they serve.  It eliminates Memphis’ power to pass a living wage ordinance. It abhors policies to protect and support LGBTQ students and adults.

It puts its thumb on the scale to favor the suburbs over the city and white rural counties over diverse urban ones.  It removes our power to prevent guns from being carried in our parks and stores and sanctions the proliferation of assault rifles in our communities.  It tells women what they can do with their own reproductive rights.

And the list goes on and on from a governor that believes his CEO experience is the same as wisdom and from rural, unsophisticated legislators with little grasp on the realities of the world in cities like Memphis that drive the state’s economy.

The assault on academic freedom reflects a governor and legislators who believe they should decide what is taught in secondary school, that they will be watching teachers and professors to make sure they tow the party line, that they should decide what books should be in the school library, and most of all, there should be no mention of critical race theory (although there already was no mention of it since it’s not taught in the state’s secondary schools).

Their obsession with critical race theory suggests that the program at University of Memphis was seen as a slippery slope that could lead to teaching students an accurate history of this country rather the whitewashed one that places white people at the center of all things good and beautiful.  Under the right wing’s mangled definition of critical race theory, even an accurate American history is to be opposed, and some have suggested civil rights leaders’ biographies should be off-limits for classroom teaching and many African American authors should be off-limits in the library.

Questions For The Governor

The pain of racism is real but our governor has decided the real pain is actually felt by a handful of narrow-minded white right wing students.

If the governor is to oppose a process to consider how minority students can receive the best possible education at University of Memphis, we deserve the answers to a few questions:

Is he telling us that he denies the existence of racism?

Is he telling a majority Black city and county that it should not set diversity as a priority?

Is he telling us we should not be considering how to improve the university curriculum so that it opens up opportunities for minority students?

Is he telling us that the fragile minds of a few white students are more important than how to better serve the 55% of students at University of Memphis that are minority?

Is he telling us that he has no respect for the long tradition in America for academic freedom, which has produced the greatest economy and democracy in the history of the world?

What are you telling us, governor, not just about yourself but about our state?  Do we have any values left?