I have noticed that some Civil Rights advocates are supporting and leading the school “choice” movement. They are searching for alternatives as our nation has consistently and purposely underserved students of color. As one reformer from Los Angeles told me, Latina/os and African Americans have been forced to attend “f_cked up schools” for decades.

In a recent Twitter exchange with Former California State Sen. Gloria Romero she framed school “choice” as a Civil Rights issue. In another Twitter exchange, Chris Stewart, a pastor from Minn, responded to my Finland post and Chicago school closing post simultaneously by stating, “Finland replaced teachers with candidates from the cognitive elite. CPS can’t.”

Meta question: Why can’t the Chicago Public School (CPS) hire high-quality teachers? Why is the term hard-to-staff schools even a part of our vernacular?

If I only offered you two choices for dinner: A Vegan burger or tofu (all things I love to eat incidentally, but may cause you to recoil). Is that really choice?

Vouchers, parent trigger, charters… why are these the prominent “choices” on the table currently? What do they have in common? What do the Koch brothers, ALEC, Walton Foundation, Broad, Heritage, DFER, Jeb’s FEE, etc. all have as a common denominator?

Is it Civil Rights?

Is it Neoliberalism?… Wikipedia:

Neoliberalism is a political philosophy whose advocates support economic liberalization, free trade and open markets, privatization, deregulation, and decreasing the size of the public sector while increasing the role of the private sector in modern society.

School choice advocates are a motley alliance between those whose primary focus is that want to see greater opportunity for historically underserved students of color (Civil Rights) and those that want to see the state reduce its role in public education and shift the responsibility to the private sector (i.e. Libertarian CEO from Texas Families first).

We have already seen this transition in Chile as they have divested in public education. Click here to see how a national “choice” market has impacted inequality and public schools. There are losers and winners in every market, and guess who loses out in a school system dominated by choice? Chile is a prime example of how a choice magnifies inequality because in a market approach capital rules the day. Students without capital (test scores become capital in addition to $) are denied access in markets. If you go to the grocery market without cash, you will come away empty handed…

So if you are a “choice” proponent interested in Civil Rights (especially for special populations and students of color), these are not going to do it for you: Vouchers, parent trigger, charters. If you are a neoliberal, well… you are in business (no pun intended, okay, there was) with these conceptions of choice.

Choice advocate interested in Civil Rights, please ask yourself this question… Why haven’t the policymakers given our parents and students these choices in their public schools?!

I have been pondering “school choice,” and why it is such a prominent conversation in our time… I believe the reason is simple: Our policymakers have failed to provide what is necessary for children to succeed in public schools…

Clearly, if you don’t like the choices that you have, you are going to want to choose. Thus, is the lack of choice in your public schools purposeful? Take for example, the Texas Legislature cut of $5.4 billion from education, and now they are pushing vouchers, parent trigger, and lifting the charter cap. In Florida, New York, California, really most places, you are seeing similar fiscal cuts and “choice” being peddled as the solution. I often quote Colin Powell’s statement, “If you break it you own it.” In my view, that’s the end goal for public education for neoliberals. They seek to transfer public education from the state budget to the family budget.

p.s. Also, refer to the tenants of neoliberal ideology if have you any question why they want you hot the trail of unions as the progenitors of all things wrong with education… 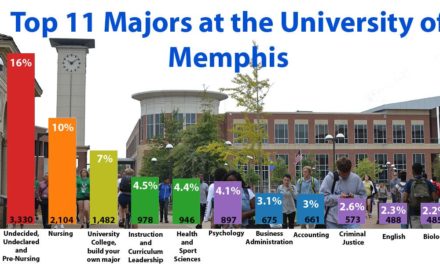 School Finance Illiteracy Reaches New Low! (But it was the NY Post?)