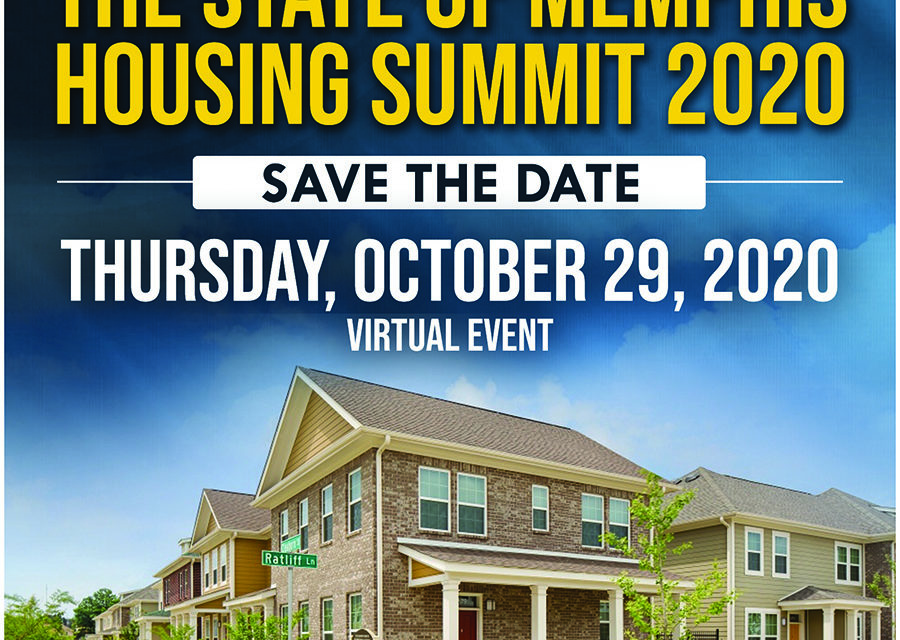 Thumbnail: The Summit on Housing shone a spotlight on the affordable housing problem in Memphis that amounts to a gap of 38,000 units.  The real task is to do more than talk about it, but to sufficiently fund strategies to attack the problem.  Absent that, the cynicism in struggling Memphis neighborhoods will only grow to become as big a problem as affordable housing itself.

There are some words that have been used so often here that they have almost lost all meaning, words like world-class, unprecedented public-private partnership, and summits.

Dating back more than a decade, Memphis and Shelby County have organized “summits” of all kinds.  Some of them were merely regular meetings and labeling them as aa summit was merely a marketing ploy.

Taken as a group, they have overpromised and underdelivered.  Too often, the outcome turned out to be a report rather than a specific agenda for action.   Then too, many of them didn’t even produce a report.

Last year’s Housing Summit largely validated the overuse of the word.  It was too insular with many of the usual suspects from Memphis saying the usual things.  To top it off, there was too much boosterism and cheerleading that obscured the depth of the problem with commentaries about Memphis’ “hot market” and momentum.

A Summit That Deserved Its Name

The recent Summit on Housing renewed my faith because it deserved its moniker.  It is hard to think of a similar event that was more ambitious, that promised (and delivered) more provocative thought, and most of all, focused more intellectual capital on a crucial public policy issue.

For an entire day, noteworthy national experts probed Memphis’ affordable housing crisis from all sides.  Memphians managing or funding programs were sprinkled into the panels in hopes of grounding the discussion in ways that would directly inform strategies here.

The Memphis context was set up by an excellent report written by Innovate Memphis that analyzed the state of the city’s housing.   It was the first housing report of its kind and included a number of revelations.  Chief among them was one from local housing consultant Austin Harrison: one in four Memphis families has an eviction filed against it each year, chiefly in African American and Latinx neighborhoods.

Some of the conversation by Memphis officials as part of the event had a thread of Pollyannish thinking.  There is the tendency to act on an assumption that city government is boldly dealing with the catastrophic affordable housing gap in Memphis – which amounts to 38,000 units.

There is also the tendency to look to others as the reason for housing problems in the city – banks and lending institutions and federal policies, for example.  Studiously avoided is the role that City of Memphis itself played in the crisis.

The report treats 1970 as a pivotal date – a threshold that I also use in presentations – when Memphis spent more and more on sprawl in the form of annexation.  It was a devastating choice for inner city neighborhoods which received less and less funding.

It was this pattern of neglect that signaled the decline of Memphis neighborhoods which were in fact subsidizing their own decline as they sent their tax money to pay for services and infrastructure on the new edge of the city.  In time, nagging segregated housing patterns would become so engrained that economic segregation became a defining fact of life in Memphis (and among the cities with the highest economic segregation ratings).

Herein lies the biggest challenge to Memphis.  It’s not enough to have the right conversations and develop the right strategies.  There has to be sufficient funding from city government to make it happen.

For too long, the budget for housing and neighborhoods has essentially been whatever city government received from the federal government.  While other cities were budgeting its own taxes into housing, Memphis coasted along with whatever federal largesse brought in.  As that largesse shriveled over the past decade, it meant that affordable housing programs had less money spent on them.

One critic said: “Strickland talks a good game but he never puts up what’s needed to deal with housing.  Because of it, Memphis sinks slowly from problem to crisis to catastrophe.  It’s time to put the kind of money on the table that turns things around.”

In fairness, no mayor has put up the amount of funding that’s been needed to address the crisis as it was unfolding right in front of our eyes.  We’ve become adept at talking about the problem and adopting the vocabulary of change but in large measure, our behavior didn’t substantively change.

We keep doing just enough to give the pretense that the problem is being addressed, say, with a $1 million Housing Trust Fund which will hardly make a ripple in the ocean of problems facing the city.

Meanwhile, many cities are putting their money where their mouths are – issuing large bond amounts devoted to housing solutions.

As I wrote in a two-part story in MLK50.com:

The $1 million in the Memphis Housing Trust Fund compares to $50 million in housing trust bonds and $55 million in neighborhood improvement bonds approved by Charlotte voters eighteen months ago, $10 million from city government to the Nashville Trust Fund, funding in Louisville of $5 million, and St. Louis’ $6.6 million.

“If Memphis and Shelby County governments can forgo the $75 million or more every year in property taxes” waived in PILOTs by various agencies, “imagine what they could do if we had $90 million for housing loans” in low-income neighborhoods, said University of Memphis associate professor of social work Elena Delavega.

Since that article in MLK50.com was published, Raleigh voters approved an $80 million affordable housing bond with 72% voting for it.  Next door, Durham voters approved 83-16% a $95 million to attack its housing problems.

That’s not to say that housing bond referenda are a slam dunk, but in Memphis, it’s hard to think that it would not overwhelmingly pass.  Absent city officials stepping to the plate, perhaps it’s time for a grassroots revolution that demands a similar bond referendum.

Come to think of it, Shelby County Government should participate and be responsible for the largest part of a bond issue.  It has the largest tax base, and a majority of it just happens to be produced in Memphis.

The highest hurdle remains: to convince Memphians in struggling neighborhoods that city government is serious about solving this housing crisis.  They are a cynical group and have every right to be as they watch their property tax dollars being spent while projects like EDGE’s “residential PILOT” program does nothing to deal with the affordable housing gap in Memphis.

So far, the EDGE program has forgiven $58 million in taxes for the developers building 1,300 apartments in midtown and East Memphis.  At the same time, nonprofits like The Works struggle to piece together the financing it needed to renovate an aging Frayser apartment complex.

Until Memphis corrects the disconnect between its talk and its funding, it will continue to confront growing suspicions, if not hostility, in the city’s core neighborhoods.

Saying it as directly as possible, Paul Young, director of the City of Memphis Division of Housing and Community Development, put together arguably the best meeting of its kind in the modern history of Memphis.  More to the point, he knows what the agenda for Memphis should be.

What he needs now is the financial commitment by city government to get it done.  This year’s Summit set a high standard, but in turn, it set high expectations for an agenda of action and a sense of urgency to change things.

He can’t do it alone, but if the Strickland Administration is intent on doing more than holding a yearly meeting about housing, a good time to start is now.