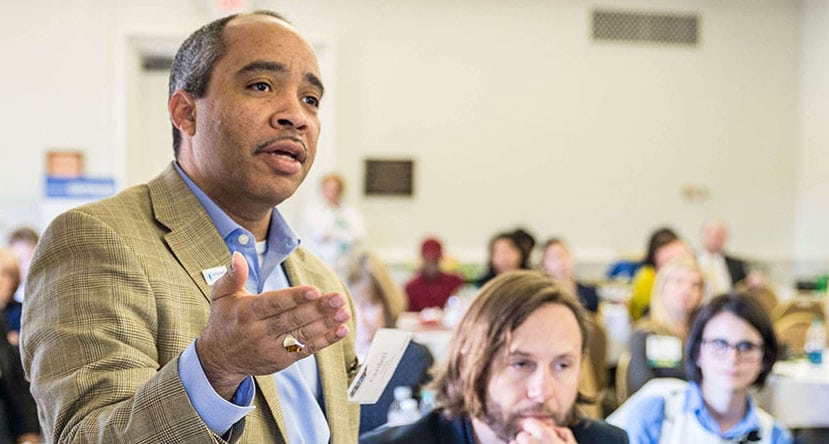 Thumbnail: Cardell Orrin, always a source of honest and factual opinion, posted the following on Facebook last night regarding yesterday’s “State of Memphis Housing Summit.” I believe it deserves wide circulation.  We may write more on the Summit in coming days, but Mr. Orrin’s comments are must-read.

Congratulations to Paul Young and team on an informative event today with the  State of Memphis Housing Summit.

The panels I watched were really good…great talk from The Color of Law author Richard Rothstein…and the always great Andre Perry (author of Know Your Price: Valuing Black Lives and Property in America’s Black Cities) closed it out!

Now the commentary (scaled down from my comments on the stream)…

We bring in a lot of people who give us great information, but rarely do we see that our elected officials want to commit to seeing those recommendations through, especially when we’re talking about building equity and disrupting what is our status quo. Memphis is a case study in devaluing Black lives in the service of “building the city”…economic development has been built on that philosophy for the 200 years of Memphis history.

That’s part of why its an interesting juxtaposition to listen to Andre Perry and have him in conversation with the current mayor who seems a bit less than comfortable trying to find something to latch onto that would show he believes and implements anything that falls in line with what Perry elevates and recommends.  In the end, of all the great things said today, our city budget has yet to reflect our belief in them…and that is how we show our values.

How can I say this? Because in a challenging city budget year, the police budget grew by $9M while we reduced the Affordable Housing Trust Fund (AHTF, only 1 year old) to $0 and MATA budget was only maintained with CARES Act Funds. Granted, the AHTF was less than $1M (for the whole city)…and much less than the 10s and 100s of millions that some of our peer cities are putting into affordable housing funds.

HCD has had some great ideas and efforts over the last few years, and I can only imagine what they could do if they actually had the belief of funds to carry them out.

Andre Perry said invest in people and invest in places (black and brown neighborhoods)…there is little (any) evidence that we do either to any degree worth much mention (you want to mention “Manhood University”?). I think that’s how Perry would have us measure “momentum,” rather than in the billions of dollars of investments with tax incentives for spaces and places that few of the people Perry is talking about will benefit from…unless you believe in their theory of trickle-down economics on which most of these PILOTs is based.

We can do something different…we’ll see in the upcoming budget cycle if any of the great recommendations we heard today sticks.

If you want to hear more on these topics…check out my Soapbox show with Tom Jones where we talk about his piece from MLK50 and many other relevant topics to today.

Foote Homes Dividend Could Be Happiness