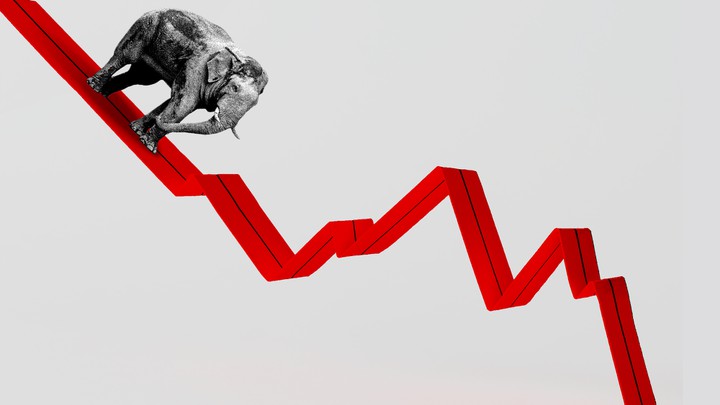 Thumbnail: The ultimate test of American democracy is whether it will protect the sanctity of the voting booth, all while a major political party is working to suppress voting and prevent all votes from being counted. The Republican Party’s most serious test may come this week.

If there’s any such thing as cosmic justice, in a few days, the United States will return to normalcy following an aberrant chapter of recklessness, chaos, cruelty, and childishness.

But if one thing is certain based on the past four years, it will not end without exploiting division, spreading misinformation about vote counting, and praising the latest conspiracy that justifies the behavior.

In the midst of the quadrennial platitudes about our most sacred right as Americans – to vote – the Republican Party is doing whatever it can to make sure the votes in certain places are not counted, acknowledging that it does not believe it can win on a level playing field.

They know that can’t happen.  The right wing principle is true: the more people vote, it does not work out well for Republicans.

So, instead of fielding candidates that represent the mainstream of American thought, they regularly aim at the fervent minority.  They ignore the majority of Americans who believe in climate change, who support abortion, who favor more gun control, and who maintain that all people are created equal, and then they are baffled that they are losing ground.

Regardless of the vote tallies on Election Night, it’s hard to imagine the president will not throw a hand grenade into America’s most sacred sacrament – counting each and every vote.  Already, his lawyers have filed lawsuit after lawsuit to make voting harder for blue state voters and on November 4, they will predictably file a blizzard of lawsuits to scuttle a full vote counting.

It is clear acceptance of the fact that the Republican Party is now a minority party and its best path to victory requires disruption America’s creed of voting.  It is a sad testament for a political party that was once center right in its thinking.

Method To The Madness

It’s why Amy Coney Barrett is seen as a last stand for a political party that can no longer win by the rules.  The strategy is that a dependable right wing vote on the U.S. Supreme Court can thwart the will of the voters in the event of a Democratic takeover of the U.S. Senate under the guise of originalism (the bland term for conservatism judicial activism).

In this version of the future, the Supreme Court becomes the last bastion against legislation passed by a federal government controlled by the Democratic Party.

Even for Democrats, it’s sad to watch the decline of the Grand Old Party, because a vital two-party system is essential.  Instead of competing on the field of ideas, the Trump Republican Party resorts to tilting the board.

That’s what’s behind Citizens United that poured tens of millions of dark money into their campaigns until the Democratic Party learned how to compete.

That’s what’s behind the gutting of the Voting Rights Act, which opened up a flurry of state legislatures intent on making voting harder with specific attention to Democratic strongholds.  .

That’s what’s behind all the dozens of lawsuits to block all ballots from being counted.

That’s what’s behind the changes to the U.S. Postal Service that threaten the timely delivery of ballots.

Signs Of The Times

Even Senate Majority Leader Mitch McConnell suggests the end is nigh. Referring to Mrs. Barrett, he said: “This is something to really be proud of and feel good about.  We made an important contribution to the future of this country.  A lot of what we have done over the last four years will be undone sooner or later by the next election.  It won’t be able to do much about this for a long time to come.”

Mr. Trump is not the cause of the demise of the Republican Party.  It has been under way for some time.  The lack of a party platform in this presidential election was merely a symptom of how far it had fallen.

So far, Justice Barrett has already disappointed Mr. Trump in not getting involved in recent election challenges by Republicans that have reached the Supreme Court.  But the risk is clear.

Most recently, Justice Brett Kavanaugh puppeted some of Mr. Trump’s opinions about mail-in voting in a ruling with errors of fact (saying Vermont did not change its voting plans because of Covid – actually, it did and he had to correct the mistake later), misstating the opinion of Professor Richard Pildes in the University of Chicago Law Review Online (the professor said the opposite of what the justice claimed he said), and resorting to a political talking point about “thousands of absentee ballots flow in after election day and potentially flip the results of the election” when there are no results until all votes are counted.

It’s hard to believe that in a country where the mantra is about voting being our most sacred right while it’s under assault by a political party doing all that it can to make voting more difficult and to prevent all ballots from being counted.

After four years of chaos every day, it’s hard to remember what normal used to be, and there’s probably little reason to expect it to reemerge in the next few days.  If President Trump loses, the two and a half months of his lame duck presidency will be fraught with crises, most notably because of his temptation to burn down the house as he walks out the door.

It will become the final test for a Republican Party who seems to have lost its way.

Money in Politics: Where Is the Outrage?