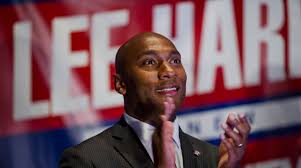 Shelby County Mayor Lee Harris’ first State of the County speech February 15, 2019, was one to remember.

For the first time, a mayor of county government, which is the largest loser under the local PILOT program with $51 million in county taxes waived each year, called out the tax incentive program as the equivalent of government picking winners and losers.

As he explores an agenda that includes finding money for MATA, for better juvenile justice facilities, and for a plan to respond to the capital needs of schools, that amount looms large when Shelby County Government’s ambitions can be thwarted by lack of revenues.

That Mayor Harris’ speech came in the wake of the disastrous Electrolux abandonment of our community despite $188 million in incentives only served to underscore the importance of his message.  He had earlier expressed his concerns about the PILOT program, the size of incentives that are being approved for various projects, and the way that developers choose “all of the above” when given a menu of possible incentives.

He is undoubtedly right when he says: “Instead of tax breaks, when it comes to economic development, I believe the focus most of the time should be investments in public assets and in people.  That means we should invest more in workforce.”

Recent research only ratifies what he’s saying and we’ve been saying on this blog since 2005.  When it comes to talent and skilled workforces, the rich are getting richer, as about 20 cities soak up most of the young talent that powers today’s technology economy.

“We should make sure that our community is full of individuals with skills that employers find in demand,” Mayor Harris said.  “If we do that, the rest will take care of itself.”

In CityLab yesterday, Richard Florida, who once collaborated on a talent development plan for Memphis, provided his six steps “to get urban economic development back on track”

1.  Just say no to incentives. “It is high time for those engaged in economic development – especially the progressive mayors of this nation’s largest and most successful cities – to say enough is enough and begin to work together and cooperatively to limit the use of revenue-draining incentives.”

2.   Invest in local clusters and ecosystems. “The past couple of decades have seen a veritable revolution in economic development thinking and practice.  Michael Porter and other researchers have documented the effectiveness of acting to build on local clusters and ecosystems.  We have seen it play out not only in superstar cities like New York and tech hubs such as the Bay Area, but in Nashville, which has leveraged its music cluster, and Pittsburgh, which has revitalized around a series of high-tech clusters.

3.   Work closely with anchors. “Doing this right means working hand-in-hand with local universities.  Another big stride in economic development theory and practice has been the organizing and involvement of “anchor institutions” as key drivers of local clusters and ecosystems.”

It’s about Talent and Place

4.  Leverage talent (and define it more broadly). “Yet another big breakthrough in economic development has been the idea that talent is a major contributor.  Previously, it was thought that only businesses drive economic development, and that talent follows jobs, a thesis which helped fuel the use of incentives.  But several decades of research by urban economists have shown that talent is a key driver of local economic development, whether measured by level of education or by highly skilled occupations.  And the field has come to realize this is not a chicken-and-egg question.  Talent, firms, and jobs reinforce one another in a virtuous circle.”

5.  Foster quality of place for everyone. “We’ve also come to realize that the quality of place matters in the attraction of talent and business.  This is not a new idea – it goes straight back to Jane Jacobs.  So cities have focused on adding “amenities” by planting trees, creating parks, installing bike lanes, and using other strategies that make places more attractive…The next generation of these strategies must focus on making quality of place inclusive.”

6.  Make equity and inclusion a priority. “Inclusion must cut across every aspect of economic development, from cluster-building and talent attraction to quality of place and anchor-led development strategies.  And this cannot just trickle down from the top.  It needs to involve players and stakeholders at all levels – local governments, anchor institutions, community development organizations, labor organizations, and civic and neighborhood groups.”

Abandoning Our Program of Bribes

We’ve been writing about these same issues for 14 years, but Mr. Florida has a much bigger megaphone, so we hope local economic development types here will listen to the best-selling author and economist.  Measuring our local performance based on his six steps results in a poor grade for Shelby County, so we’re encouraged that Mayor Harris is will to chart a new course toward the future.

It’s high time because the price of not doing something different is severe.  It continues to rob vital public services of the revenues that they need and it continues to send the message that Memphis is not worthy of companies’ investments – especially those here who know us best and yet get one of these specious retention PILOTs – unless we bribe them to come here and stay here.