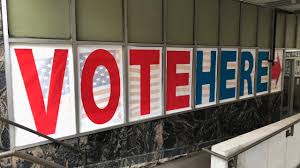 October 3, 2019: Did Memphis Speak? Is Silence Agreement or Consent?

On October 3, 2019,  96,425 Memphians, 20 percent of the adult population of Memphis, elected the municipal leadership of the city. Eighty percent of adults did not vote.  Memphians have many reasons for not voting, including having lost the right to vote, the absence of hope, and others who do not believe that voting will impact the direction of their life. For those who chose to vote, the election season was fraught with suppressive distractions – possible voter deception, misleading information, limited opportunities to compare candidate platforms, new terms, and journalists who seemed to test the bounds of journalistic objectivity.

September 26, 2019, the Shelby County Democratic Party petitioned to prohibit the distribution of the voter guides prepared for the October 3 election; however, significant damage likely occurred before the distribution ceased.  The preparers of the guides are capitalists, focused on financial gain.  If the potential for financial gain is cut off, if candidates are unwilling to pay to be listed on the unofficial guides, the guides would not be a viable business venture.

While trying to determine if they wanted to stay the course with existing city leadership or change direction, voters were presented confusing information about the number of police officers hired since 2016. In a city with high homicide, aggravated assault, and property crimes, law enforcement is a top priority for most residents. However, any discussion about the size of the force should be grounded in the context of how law enforcement will decrease crime. A large law enforcement team that uses ineffective tools and methods would be counterproductive.

Before the election, some used a telephone survey conducted by the Sparks Bureau of Business and Economic Research (SBBER) at the University of Memphis to show that Memphis is booming economically.  While this may be true, using a survey that provides the perceptions of 510 (65.7%) white people, 226 black people (29.1%) and 40 persons (5.2%) designated as other living in Shelby and DeSoto Counties to represent the perceptions of Memphis, which is 65% black, seems to miss the mark.

Memphis has a thriving core, surrounded by many depressed and poverty-stricken communities and affluent suburbs, three areas with distinct characteristics. It is unlikely that a significant number of the individuals living in the poverty-stricken communities perceive Memphis to have a booming economy. The takeaways of a perception survey are dependent on who is surveyed.

Some attempted to start a conversation about the one issue that is the root of crime and poverty and, most if not all, significant problems in Memphis – racial discrimination. Feelings about race, discrimination, and disenfranchisement are often the elephant in the room. Understanding and addressing the history of racial discrimination that cast a dark shadow on Memphis is critical to reducing crime and poverty.  However, it is challenging to introduce new terms such as antiracist to individuals who may not fully understand old terms like racism, white privilege, disparate impact, and equity.  While it may be difficult, this and other uncomfortable conversations will need to occur before Memphis becomes the just community most seek.

According to experts, journalistic objectivity requires a reporter to keep his or her feelings, biases, or prejudices out of the stories they write. Professional journalists do this by remaining neutral and avoiding characterizing people or institutions in ways good or bad.  What I learned is that the keywords are “professional journalists.” In addition to professional journalists, there are opinion columnists, analysts, commentators, editorial writers, and probably a host of other titles. All media people are not created equal, and all journalism rules do not apply to each media category.  Opinion columnists and editorial writers are paid to share their opinions, not balanced ones, so journalistic objectivity does not apply.

Considering the low voter turnout, possible voter deception, and all the misleading information, did Memphis speak either with votes or silence, and was a clear message communicated?

I am Shirley Bondon, a policy analyst committed to racial and social justice, affordable housing, quality education, access to good jobs, safe neighborhoods, and access to quality healthcare.  Follow me on Twitter at @justiceandfaith, where I attempt to engage responsibly. If you are seeking intentionally provocative or inflammatory comments, don’t follow me. 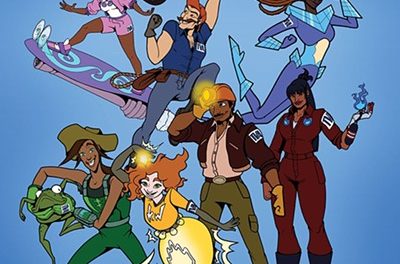