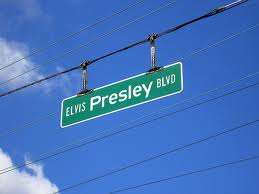 Unfortunately, it seems that concerns about Elvis Presley Boulevard “improvements” were well-placed.

As it stands, the $43 million, three-mile project is marginally better than when it was first announced, but it still fails to deliver its place-making potential because in the end, it still ended up being about cars rather than about creating a livable community.

There was the opportunity to transform this key stretch of Elvis Presley Boulevard through Whitehaven and for it to become the poster child for a new commitment by engineers to think differently about infrastructure investments and to prove that all the talk about livability could finally pay big dividends on a big, high-profile projects.

Some of the smartest talk about this opportunity has been by Chuck Marohn of Strong Towns who said in Memphis earlier this year that creating productivity and value requires Memphis to change its standard approach to roads and streets, and that standard approach is to focus almost exclusively on moving automobiles rather than creating value for neighborhoods.

Get the Most ROI

It all comes down to this fact: the return on the public investment must increase taxes by creating stronger neighborhoods, connectivity, shopping opportunities, and greater densities, he said.  The definition of its success, he said, is in whether it accelerates economic vitality, embraces forward-thinking planning principles, or if it is just a political bone thrown to the Whitehaven community.

An emphasis on placemaking should produce something altogether different.  It would be about designs produced by a team with engineers, planners, landscape architects, architects, and urbanists.  In the words of the Metropolitan Planning Council of Chicago, it’s about “both an overarching idea and a hands-on tool for improving a neighborhood, city or region. It has the potential to be one of the most transformative ideas of this century.”

That said, this isn’t exactly brain surgery.  It’s a concept that dates to Jane Jacobs and William Whyte, and yet, here, we adhere to a engineering hierarchical approach that ensures that roads are the products of a one-dimensional understanding of the opportunity to create something other than more lanes and more asphalt and measuring success by how many seconds can be shaved off the travel time of cars.

Mr. Marohn, after visiting Memphis, wrote that the problems/solutions regarding Elvis Presley Boulevard were obvious. He wrote: “This corridor needs to become a place, not just to present a respectful gateway to Graceland, but for the adjacent lands and neighborhoods to prosper.

“Fortunately, to transform this STROAD from a corridor solely purposed for moving cars to a place that creates value for the community is simple. It will likely even cost less than what is now being considered, and it will certainly have a much higher rate of return.

“I’m diverting momentarily from our coverage of CNU to give you two pictures from Chico, CA. The first is a standard STROAD that looks similar to the current Elvis Presley Blvd. Throw in some decorative lighting and a few superficial accoutrements, and you essentially have what I understand is now being proposed.

“Mangrove Ave., Chico. Average Daily Traffic: 29,000Here’s another option for Memphis to consider. This is the Chico Esplanade. It actually carries more traffic than the STROAD and, as you can see, creates not only a more pleasant environment, but is a platform for some really amazing (and valuable) adjacent land uses. What you are seeing here are four center driving lanes and two parking/access lanes separated by a median.

“Esplanade, Chico. Average Daily Traffic: 35,000Now this has matured for some time — Memphis is obviously not going to have this type of vegetation in 2013. However, that can happen over time, as well as a maturing of the current land uses along Elvis Presley Blvd., with a design like this.

“And Memphis, if you look closely, you already have an uninspired version of this same design right in front of Graceland. Put a little more love into it (and find someone who knows spatial design) and then extend it along the entire corridor and this place will pop.

Getting the Most for the Money

In a subsequent report delivered to City of Memphis, Mr. Marohn continued:  “Elvis Presley Boulevard has to be the most frequently driven corridor by visitors to Memphis.  In that context, it falls to accurately represent what is truly great about Memphis, and, in doing so, is a huge burden for the city to overcome.  It is an uncomfortable street to travel, an unfriendly place to visit, and consequently, Memphis is failing to leverage the legacy of Elvis Presley to the full advantage of the community.

“As it currently sits, improvements to Elvis Presley Boulevard are being handled by the Division of Public Works, with assistance from the Division of City Engineering, because it is looked at as a maintenance project.  Those enhancements are more designed to mitigate the negative aura of the corridor than to elevate Memphis to a new level of prosperity.  Besides some modest aesthetic improvements, there are pretty low expectations for impacting the long-term prosperity of this area.

“There is enough at stake here to prompt a reevaluation of this project.  I would recommend that Memphis commission a cross-disciplinary team to look at this corridor and put together a true, value-creation project.  Such an effort will evaluate the cross section being used, balancing the need to move traffic with the need to increase the value of adjacent properties, evaluate the city’s regulatory environment and identify obstacles to private sector investment in this corridor, recommend improvements that maximize the long-term return on investment for this project, and evaluate the adjacent neighborhoods and recommend ways to leverage the corridor improvements to create value in those areas.

“This approach is as much of an art as a science.  Your team needs to consist of not just engineers and code officials but a site designer, architect, financial analyst, housing expert, retail expert, and other professionals trained in value creation.”

It was January, 2007, when we first blogged that Whitehaven needs to be a top priority for our entire city.  If Memphis is worth fighting for, there is no battle more important than Whitehaven.  The city undermined Whitehaven’s future with its long-time disregard for planning and as a result of swallowing developer’s claims that all the apartment complexes were good for the economy even if they were ultimately a detriment to the neighborhood.

It deserves to get this highway project done right.  It starts, as Mr. Marohn said, by committing to an Elvis Presley Boulevard that adds value and creates a strong sense of place.

It’s not too late.