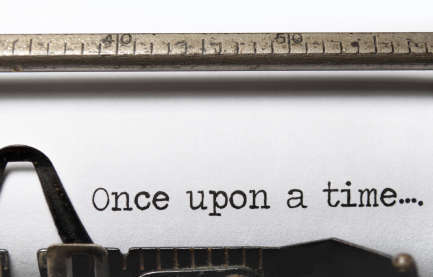 We can only hope that members of the Memphis Police union are more accurate on the shooting range than they are in their lobbying.

Once again this year, the union is passing out pamphlets criticizing the City of Memphis budget before it’s even been completed. It’s one thing to make your case for why your deserve more money, but the union’s tendency to mangle the most basic facts paint a frightening portrait of its lack of understanding about city finances.

For example, the union’s pamphlet conflates various kinds of funding sources and projects into a mishmash of grievances with only passing acquaintance with the facts.

For example, the brochure implies that the $215 million spent on “Bass Pro Shop/Pinch District” could just as easily be spent on police officers. Besides the fact that the actual amount is $197, and that the amount wasn’t just for the Pyramid adaptive reuse project but for the city to also take sole control over the future of the Memphis Cook Convention Center and that there isn’t any money in the amount for the Pinch District retail district, the main point is that if The Pyramid project didn’t exist, it still would not free up one cent to be spent on police.

That’s because the project is being financed by a Tourism Development Zone, and in the zone, the state sales taxes are being collected and rebated to pay for the project, or put another way, the TDZ funds can only be spent on tourism magnet projects.  More to the point, if those sales taxes weren’t spent here, they would simply go to Nashville and be spent all across Tennessee.

But that factual mishap is only the beginning. The pamphlet suggests that the price of Beale Street Landing, the funding for the American Queen headquarters to move to Memphis, the so-called Madison-Cooper garage (which is actually more of a flood detention basin than a garage), Electrolux, and Mitsubishi could also just as easily be spent for police. They are right that debt service payments for the projects supported by city bonds could be spent on other services, but if the police union were committed to accuracy, it would not mix capital funding and operating funding on its brochure as if they are somehow the same thing.

For example, the union complains that the city is investing $10 million in Pink Palace improvements and that this money should be spent instead of its members. Of course, it’s not $10 million that could be reallocated. It is actually $600,000 because that’s the debt service payment on the $10 million in bonds. We hope we are wrong, but it comes off as an intentional ploy by the union to confuse the public and to paint city government – which is per capita the most efficient government in Shelby County – as cash rich and ungrateful for the fine services of police officers.

The union even begrudges the fact that City of Memphis has a fund balance, apparently unaware that it has to maintain a fund balance to keep its bond rating low and to have a “rainy day” fund in case of emergencies. While we believe the fund balance is $10 million less than the union pamphlet asserts, the point is how cavalierly the union treats the facts.

Meanwhile, the union also complains that the city is spending too much on “community redevelopment programs” although in truth, it is spending way too little. The amount spent on the programs of the Housing and Community Development Division amounts to a grand total of $4.6 million which triggers federal funding in eight figures.

“Billions of dollars are spent on redevelopment and improvement programs to benefit the business community,’ the pamphlet says. We can’t even figure out how they get there from here. If they are talking about tax freezes, that amounts to $45 million or so a year and even if you add in the city debt service for the economic development projects on its list, that’s about $3 million.   That’s a long way from “billions of dollars.”

Ultimately, it raises the question of how we can be expected to believe what the police union says about the crime rate when we can’t even believe what it says about its own government’s budget.  In the end, the pamphlet even raises unintended questions.

The union statement, “like you, we pay city taxes and want to see our dollars put to good use” makes us wonder exactly what percentage of police union members live outside Memphis and really don’t pay city taxes. The pamphlet also says that the union supports “our city’s growth through economic development” which begs the question of why it opposes all the investments aimed at creating new jobs.  The union writes that “your MPA members want you to have the facts about your taxpayer dollars,” and then delivers more fiction than fact.

We don’t have any problem with union members having and acting on their opinions, but we do think it’s a problem when they pretend to the public they are providing the facts and those “facts” enflame anti-government attitudes among taxpayers at the same time that the union wants more money for higher salaries and benefits from that same government.

All in all, the Memphis Police Union cheapens the value and importance of city law officers by positioning itself largely as a special interest group rather than an organization representing dedicated public servants.

We do agree with union officials when they say that City of Memphis has “money management problems” and the wrong priorities. For us, the evidence for those conclusions is the tendency to treat police and fire divisions as if they are sacrosanct and that every proposed change to their budget is a threat to Western civilization.

Here’s the thing: every service of city government – no matter what it is – should be scrutinized in detail and every employee should be justified with specific performance measurements. The resistance to change in MPD is legendary, as shown by the death by ten thousand pin pricks campaign against the current police director and the scorched earth rhetoric aimed at forcing elected officials to cower in the corner rather than ask the tough questions that need to be answered during budget hearings.

But the kicker to the union’s saber-rattling is this: there’s no grand plan to lay off police officers. The number of authorized positions in this year’s budget is a few more than last year although the union would have us believe that city officials have taken a meat cleaver to the police division’s budget.  In the end, what’s left is the feeling that the lobbying is all about manipulating emotions, ignoring the facts, and creating the kind of fear in Memphis that the police – and every city employee – should be working hard to eliminate.