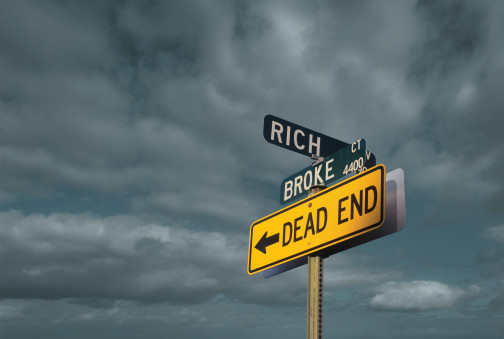 It’s early yet to tell clearly what definitive improvements to the economic development process there will be as a result of months and months of concerns, angst, and controversy about how to turn around our community’s poor economic performance.

There are indications that the final “answer” after a circuitous journey may actually be to a more defined working relationship between EDGE, Greater Memphis Chamber, and local government that is essentially what it was 30 years ago when the Memphis and Shelby County Industrial Development Board and the economic development office within the Office of Planning and Development were the predecessors to EDGE.

That’s not a criticism, because after all, back then, our economy was much stronger.  FedEx was expanding employment exponentially, International Paper had moved most of its headquarters in 1987 to Memphis, and about the same time, AutoZone opened its first store.

Things were on the upswing, and it was hard to imagine at the time that we would ultimately come to the place where we are today, attracting no serious attention when companies consider moving their headquarters, depending way too much on low-wage, low-wage jobs, and mired in an economic trend line that lags behind cities and regions we used to outpace.

Getting Issues To The Surface

The current discussion about improving economic outcomes has seemed too focused on programmatic tweaks and the impulse to smooth over conflicts that have brought core problems to the surface where they have been too infrequently debated in the past.

Instead, this time, the honest debate of recent months brought the workings of the “system” to where they could be seen and evaluated.  For too long, they have been kept below the radar where those in the know and with influence got the equivalent of preferential treatment as taxes were shifted to homeowners and small business owners.

Thirty years ago, what was noteworthy was the hand-in-glove way that key players in the economic development program worked together.  There was a political competition between the city and county mayors but it worked to everyone’s advantage as mayors were directly and constantly involved in the recruitment of new jobs and businesses, making sure his counterpart did not outshine him.

It was common for the mayors to get on the telephone or on a plane to woo potential investments, and the county mayor traveled multiple times to Japan at a time when our community led the state in the recruitment of Japanese businesses after setting that as a priority.

The Memphis Jobs Conference in 1979-1981 was created in the face of an economic lethargy not unlike the one today, but out of the community coming together to set an agenda to turn around the economy came a new determination to work together and to aim higher and bolder.  There was also a well-understood agenda that was shared by the entire community along with the belief that if we were to succeed, we had to act on the principle that we were all in this together.  This was backed up with a specific plan of action with prospects, strategies, and stated responsibilities for each of the leaders in the process.

It was also the time when the PILOT program became more aggressive and the matrix for bringing more discipline to the program and for determining each tax freeze’s length was established. It was a more rational time with no such thing as the so-called retention PILOTs and their fallacious economic impact reports and there were no PILOTs that could be renewed for different tenants of the same warehouse.

At the time, it was said that the PILOT program was a necessary evil but a temporary one that would be scaled back as the workforce improved.   Unfortunately, workforce development never received the attention it needed and program after program failed for various reasons, chiefly for their failure to break through with the kind of breakthrough thinking that was required for change.

In addition to a plan of action, there was a framework and well-stated philosophy for what was being done.  We expect that in the coming weeks the economic planning under way will articulate that kind of construct, because to achieve the principles set out in the framework agreement and to transform this economy, it has to.

No Margin for Error

Most of all, we hope that the honest appraisal begun by the Greater Memphis Chamber will continue, because we can’t lose sight of this central fact: we have no margin for error and the consequences of failure relegate this community to the list of also-rans that couldn’t compete in today’s complex and competitive environment.

That’s where Memphis Mayor Jim Strickland’s obsession with measurable, data-driven performance measurements come in.  There is not a part or service of city government that isn’t being measured today in a process of setting goals, measuring them relentlessly, and making decisions on strategies and spending as a result.

This context has been missing from economic development for way too long, and while much of the joint agreement between elected officials, EDGE, and the Chamber seems more incremental in nature, if done right, this emphasis on data can be the change that augurs a disruptive innovation.

That’s because city government has never set goals for economic growth, much less set the data points to measure if they are being met.  This may not seem like much to most people, but it is a major advancement in the thinking of local government, which has failed to set a context that defines success or failure.

The armistice agreement between government, chamber, and economic development agency is not as bold as we need, but hopefully, it will treated as a first step to produce more accountability and ambition in the system.

In other words, the more specific, the better.  There should be defined measurements like closing the income gap between races, increasing the median incomes, decreasing the poverty rate, and increasing the number of good-paying jobs held by African Americans.

Generalized metrics that do not require us to stretch or strive to achieve them are essentially useless.  All data is not created equal (just as any job is not a good job). Generalized data tempt us to see all positive movement as progress but only carefully defined data are pivotal to defining progress.

The Price for Lack of Urgency

This web of intersecting measurements flesh out economic development more fully and can drive us to see the connections that we have not made in the past.

In truth, everything in a city is connected.  David Ciscel blogged on one aspect of this Friday when he made the point that better jobs push workforce to get better, and he has previously blogged about how low incomes can actually thwart investment and in turn discourage the kinds of innovation that we need for economic expansion.

We have arrived at a precarious place that demands our best efforts and best thinking.  Since we started this blog in 2005, we have been writing about the head winds that we have failed to acknowledge, particularly those about the competitive advantages of talent, technology, and tolerance.

We are paying today for the lack of urgency that has characterized our community’s economic development for the past dozen years.  That more than anything is what any agreement, plan, or way forward must have.

We begin with the acknowledgement that it will not be easy.  Today, cities that already have wealth, opportunity, highly educated workers, and high salaries attract more of them.  These cities are increasing their competitive advantages in today’s economy.  Between 2010-2017, nearly half of the U.S.’s total employment growth took place in just 20 cities, particularly high-paying tech jobs.

As a result, the Memphis region has to combat two kinds of inequity.  One is the income inequality here but there is also the inequality from the widening gap between our community and these 20 major urban centers.

Here’s the thing: the workers needed to drive transportation, logistics, and distribution – our economic answers in 1981 – are not the workers who drive our economic future.  That’s why the ultimate challenge, not just for the future but for the present economic development planning, may take decades to overcome.

It requires us to bring more intellectual capital to our planning, to think more innovatively, and to invest smarter and better, because in a country where the rich are getting richer, we have to carefully identify our competitive niche and how we can reach it.

It’s not like we haven’t done it before.  Now we need to get damn serious about doing it again.