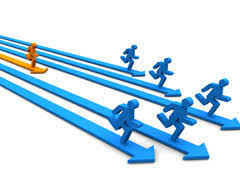 Economic development has been a bust in our region. And the past can become the path into the future if we do not change the incentives and leadership for the process of developing more high-quality jobs in the region.

Fortunately, there is a renewed interest in this whole issue over the past year. Much of the focus is geared toward improving the quality of the work force through training and education. That process is important, but it does ignore an important aspect of economic development. If you train someone for a job that does not exist, they move to an area where the jobs do exist. In addition, most workers have latent skills that appear/or/develop when demands are placed on them. So good jobs, by themselves, improve the quality of the work force.

That said, Memphis is not as successful as the rest of the economy, but we are basically a full employment region. In August of this year, there were 641,250 workers chasing 655,500 jobs in the Memphis MSA. The unemployment rate was 4.4% — full employment by anyone’s definition. Memphis does continue to have the problem that many of the jobs are hardly worth showing up for – low wages and weak benefit packages – but, in fact, Memphis workers show up and work hard for their small incomes.

One of the sources to help us judge the quality of private sector economic development is the data from County Business Patterns. Comparing the results by industry for Shelby County (the largest part of the Memphis MSA) in 2016 with 2007 (before the Great Recession) and 2010 (as we started to recover from the Great Recession), we can get a picture of what happened over this crucial period in our recent past.

Sector by sector tells a more detailed story in Shelby County (looking at just the major sectors). The number of businesses fell throughout the period, falling during the recession and continuing to decline after the recession in construction, manufacturing, wholesale trade, retail trade, finance and insurance, and professional/scientific. That is, there was a net loss of business enterprise in all those sectors – some low wage and some high wage sectors.

Three sectors did well from 2007 to 2016: transportation/warehousing, health care, and accommodations/food service. All three had modest increases in the net new businesses in Shelby County from 2007 to 2016. And the record after the recession (2010-2016) was positive in each case. Employment in transportation/warehousing recovered from the recession and grew substantially. Similarly, health care employment recovered and grew. And accommodations/food services – which was hurt substantially in the recession – recovered and grew modestly.

That is, of the large sectors in the Shelby County economy, these three were the best performers, both from business growth and employee growth points of view.  All three of these sectors have good jobs and bad jobs. So, while these sectors probably have the best entrepreneurial and employee optimism in the local economy, development efforts need to be focused on the portions of these sectors that actually help reduce regional poverty through the introductions of more high wage/good benefit recruitment.

It is difficult to wrap this all up in a simple elegant package. The data are, after all, two years old. While there are a few stand out performers, overall, the picture presented by the County Business Patterns data set do not present a pretty picture of economic development in the period after the Great Recession.

Many of the declining industries use labor that requires a strong skill set or advanced education certifications. So, there may be a perception that enhanced skills/education do not pay off in Memphis – and that perception may be partially based in reality. That makes economic development efforts just that much more complex. Education/skill development without local industry that demands higher skills may just include a ticket to Nashville – but do nothing for Memphis.

Memphis is an important commercial center in the USA. It will get going again – but the issue is how we will get going. Planning a future that provides good jobs and a significant reduction in regional poverty is going to be a tough and a demanding job for development planners in both the private and public sectors.