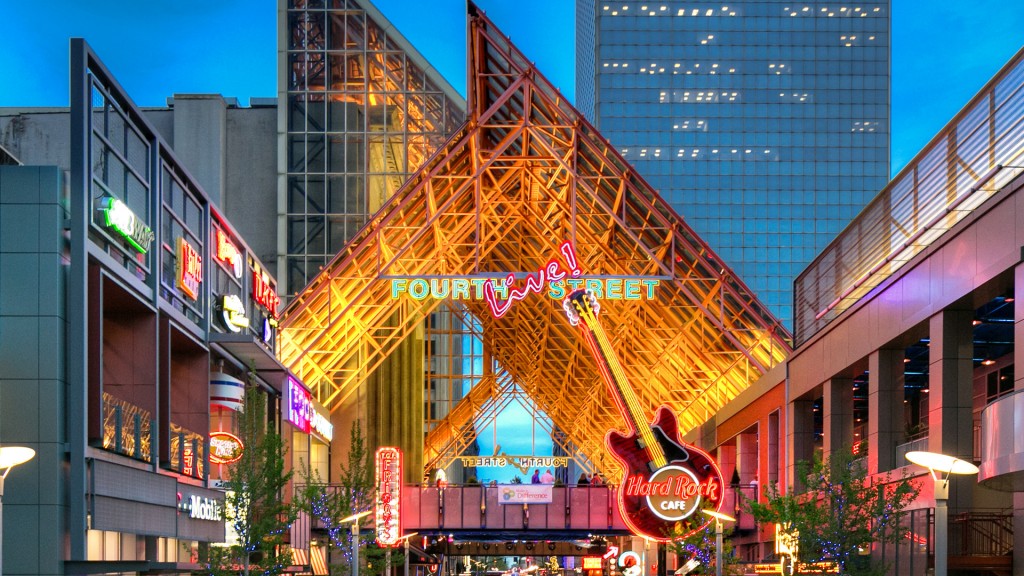 The best thing going for Beale Street may also be its biggest obstacle – public ownership.

It was key to protecting its historic character and single ownership theoretically makes it easier to manage development opportunities and to hire a management firm that can standardize policies and pursue new investment within an over-arching vision.

For more than three decades, John Elkington performed that role, and while he took the slings and arrows of second-guessing about his decisions, it’s worth remembering that nobody was standing in line to step up to manage the music street when he got the contract.

That’s certainly been proven again in the failures to find a company to replace him after he stepped down.

That ushers in the problem.  Government and its agencies lack the experience and the expertise to manage the street but they also are limited by public restrictions so they can’t pursue a new management company like a business would do.

For example, it seems to us that if a business was making this decision, it would identify the best in the country at managing entertainment districts.  It’s a specialized skill and rather than setting up the kind of process required or preferred by the public sector – the one where it invites all comers to submit a proposal – a business would interview potential managers and sign a contract with the best of them.

The normal public approach of sending out requests for proposals is problematic in these kinds of instances because these high-quality managers of entertainment districts don’t respond to request for proposals.  Rather, they are used to being approached to run these districts.

We had hoped that the involvement of Downtown Memphis Commission and subsequently the Beale Street Tourist Development Authority would provide more flexibility to go after a proven firm qualified to operate successful entertainment districts.  But public bodies must follow a raft of policies they must follow and they restrain flexibility significantly.

There are only a handful of these kinds of companies but the one we’re most familiar with is Cordish Companies because we have visited a couple of their districts, notably Fourth Street Live! in Louisville, a 350,000 square feet entertainment and retail complex.

Carol Coletta and I toured the planned development back in 2002, two years before it opened, and listened to members of the Cordish family describe how they were going to transform the Louisville Galleria – a Peabody Place like fortress in downtown Louisville.  It was built in the 1980s to revitalize downtown on the site of the previous River City Mall, also built to revitalize downtown.  Both attempts were unsuccessful.

Cordish Companies came up with a revolutionary idea – turn the mall inside out.  Walls were knocked down, a street now runs through the development, and it is the site of civic events and large-scale concerts.  City officials are effusive over the impact of the site and the company has developed and manages similar districts in Kansas City, Baltimore, St Louis, Cleveland, Philadelphia, Charleston, Dallas, Madrid, Spain, and others.

In the past, Cordish Companies has expressed interest in Beale Street and also the Pinch District redevelopment.  That said, we stop short of recommending the company without evidence that it has resolved complaints about racial profiling and taken assertive action to guarantee that it is not taking place.  Sadly, these kinds of complaints are much too frequent for entertainment districts of all types and the fact that they often occur in cities with significant minority population makes them even more troubling.

Our point is not about Cordish Companies, but about the fact that managing entertainment districts is a specialized niche and there are companies that have the needed experience, but we may not be able to get there from here as a result of the processes required from public ownership.  Because of it, we should remain realistic in what city government can accomplish. 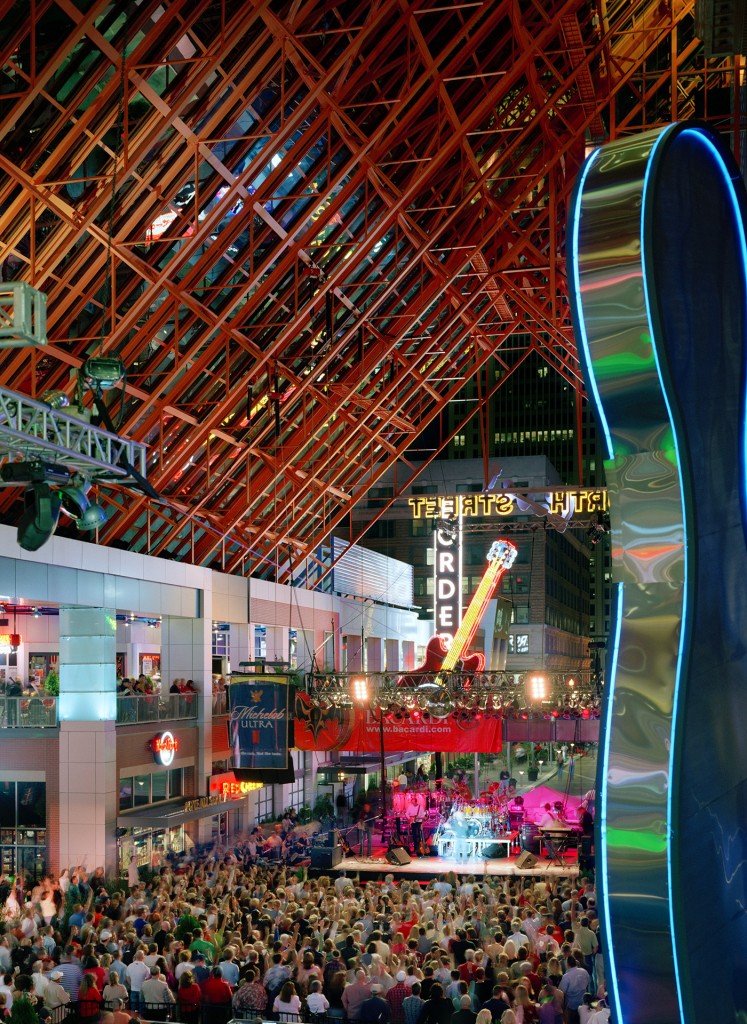 It is interesting how Cordish Companies converted a downtown mall into an entertainment.  Here’s a blog post from August 19, 2007 about the challenges of Peabody Place and the lessons of Fourth Street Live!:

If anything should qualify us to be honorary members of the Belz family, it’s the pained feeling that shoots through our bodies every time there’s a new headline about a failed business at Peabody Place.

The latest was about the closing of Ann Taylor Loft, the latest on the lengthening list of businesses who found the mall environment problematic on its best days and heart-breaking on its worst.

Putting so much of their own money – as well as public incentives – at risk, the Belz family certainly deserves better. And yet, it’s hard to escape the potent reality that every failure at Peabody Place is another troubling sign for downtown Memphis.

These days, patriarch Jack Belz and the rest of his family are grappling with ways to reverse the tide of problems at Peabody Place, but there is one thing they have decided already – there’s no easy answer.

Among the ideas being reluctantly considered is converting the complex into an outlet mall. Actually, this was considered when Peabody Place was in the planning stage, even including a big box retailer like Wal-Mart or K-Mart. It was probably the safest course of action, but Belz Enterprises felt that aiming higher would best serve the interests of downtown.

Unfortunately, the company’s higher ambitions haven’t been supported by the marketplace, and as the Belz family considers its options, no one understands the problems associated with an outlet mall – particularly the apparent contradiction between it and the Peabody Hotel brand. But at this point, the first priority is stopping the flow of red ink.

As Belz Enterprises considers Peabody Places’ future, we find ourselves remembering a visit to Louisville four years ago as that city faced a similar question – what to do with a failing enclosed mall that was supposed to be downtown Louisville’s salvation. It opened in 1982, a jarring suburban transplant plopped down into the fabric of downtown, separate and apart.

The Galleria was so big that it spanned Fourth Avenue which was closed so more space could be put inside what largely appeared from the outside to be a walled fortress. It reflected a traditional mall sensibility – get the people inside and keep them there.

Only the mall sensibility didn’t work. From the outside, the massive walls and glassed-in entrances were uninviting and austere. On the inside, you could just as easily be in suburban Louisville, because there was no connection to its urban setting.

City of Louisville officials weren’t sure what to do. Eventually, city government bought back the mall for $4 million so it could control the project’s future. After accepting proposals from several development companies, Louisville selected Cordish Co. to tackle the problem and sold the Baltimore-based company the Galleria for $1.

The company decided to start over. It knocked the sides out of the old mall, restored traffic to Fourth Avenue, evicting the typical suburban mall mix of stores and focusing on the creation of a bright, lively, bustling entertainment zone.

In setting out to literally turn the Galleria inside out, officials with Cordish Co. said that for the project to be successful, it had to have a “distinctive sense of place,” something graphically lacking in the Galleria; it had to connect directly with its urban surroundings; and it had to respond to the expectations of the public looking for a uniquely urban experience.

Put another way, Cordish executives said the place had to have a “soul,” and if anything was obvious about Galleria, it was the very soulless atmosphere of the place.

The new $70 million project was nothing short of risky. As a Brookings researcher said, it was precisely the kind of mixed-use project that’s the most risky real estate development in cities like Louisville – whose similarities to Memphis in geographical setting, demographics and challenges are striking.

After about two years of construction, the reborn Galleria project was completed October 30, 2004. The Louisville project – now dubbed Fourth Street Live (photos above) – is not without its critics, particularly for the public subsidies it received, but it’s hard to argue with the results — it now draws more than four million people a year, making it the most visited site in the State of Kentucky.

As part of Fourth Street Live, the Cordish Co. asked for the re-opening of Fourth Avenue, but asked and received permission to close it Wednesday through Saturday nights for the 150 special outdoor special events – particularly free concerts by national acts – that enliven the area.

Today, reminders of the old walled-in mall are gone, and because the new development plugs organically into the urban landscape, it actually is a catalyst to the overall vibrancy of downtown, rather than a cloistered center where people parked, shopped, got back in their cars and drove back home.

The Cordish Co. has worked similar magic in other cities, and it is regarded as the best in the business. In its hometown of Baltimore, it’s given a new burst of life to the Harbor with its Power Plant project. In Kansas City, it’s developing a $850 million, nine-square block redevelopment in the Power & Light District, long known for its dilapidation and neglect.

But as impressed as we are with so much of the company’s work, it’s the Fourth Street Live project in Louisville that have always captured our imagination. Hopefully, Peabody Place can sidestep the hard lessons of Louisville.

Of course, we’re not telling Mr. Belz anything he doesn’t already know. There’s little about downtown development like the one in Louisville that he’s not familiar with, so perhaps, with his experience, he can determine if there are any lessons that could help to turn around Peabody Place.

If there’s one overriding moral of the Louisville story, it was in turning the mall outward to the street and to the people on it that it was resuscitated and become a node of vibrancy that in the end delivered the best measurement of a successful project – two plus two equals more than four.

Questions and Answers about the Downtown TIF