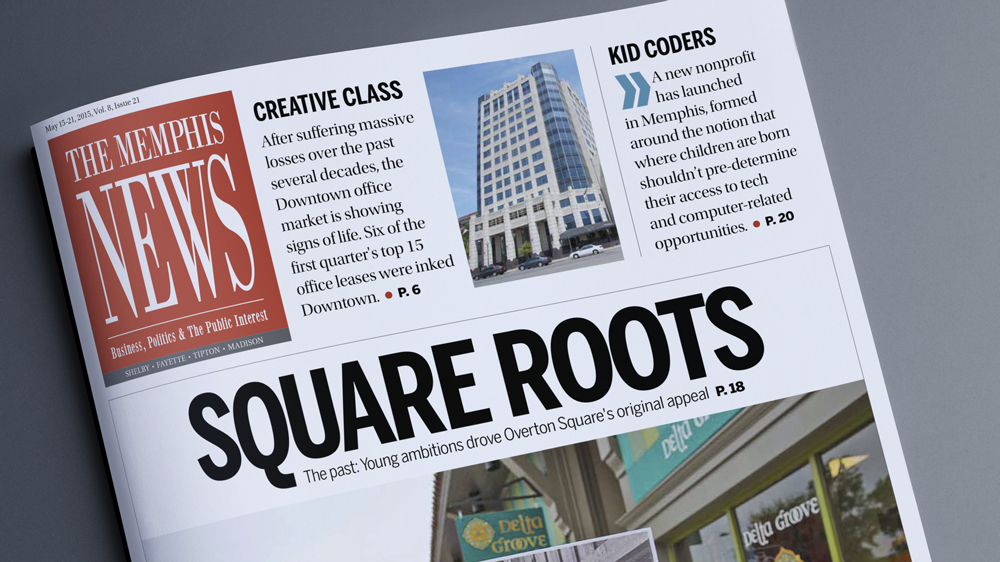 There are tremors shaking part of Memphis but they’re not coming from the New Madrid Fault.

Rather, they originate at 495 Union where The Commercial Appeal, at least for now, is located, and it is the sound of a deeply neglected daily newspaper facing the results of an owner with little proven regard for the city it purports to serve.

The shock waves spring from the resignations of marquee talents there – 9:01 columnist and renaissance man Chris Herrington (who announced his departure this morning) and Food and Dining reporter Jennifer Biggs – and were propelled by the editor’s vague explanation at The Commercial Appeal that they are leaving “Old Reliable” to be involved in another media venture.

Exactly what that media venture isn’t altogether in focus, but we understand it is an aggressively expanding Memphis Daily News.

Undoubtedly, there are many more writers at the Gannett newspaper willing to make the leap, and the newsroom is braced for award-winning sports columnist Geoff Calkins to be next. (Update: Mr. Calkins submitted his resignation Friday, May 18, and it is effective Tuesday, May 22.)

The Need For An Alternative

There are many talented reporters – and friends – trapped inside Gannett’s flailing and failing attempts to report on Memphis.  Even for those of us who watched with alarm for years as the realities facing print journalism led to smaller and smaller Commercial Appeal staffs, not even the most cynical of us could have foretold the depths of careless stewardship that the national chain would bring to the 177-year-old journalistic fixture in our community.

Long past are the days when it was said that you were not officially married in the Mid-South unless your announcement was published in The Commercial Appeal.  Gannett, in only three years, eviscerated even those fond memories of a time when it mattered so much to the Memphis region, when its columnists were quoted daily over coffee, when its political coverage was penetrating, when its editorials could drive decisions about public policy, and when news coverage was expansive and thorough.

Those days seem so long ago, and the mistakes and errors made in the editing of the newspaper in Des Moines (for God’s sake) defy even a casual acquaintance with geography, spellcheck, Memphis history, and pride of work.  That’s not to mention the maddening algorithms that force videos into so many articles that are irrelevant at best and contradictory at worse.

We say all this to say that the Memphis market is ripe for “another media venture,” and it is impossible not to be excited over the prospect of an outlet with the local sense of duty and civic dedication that were once part of The Commercial Appeal’s persona.

Now down to about two dozen reporters covering news, sports, and business, The Commercial Appeal has reached a size where it is possible to conceive of another news outlet with about the same number of writers; however, with editorial, editing, layout, and design decisions being made here, it promises the local control that can actually matter in creating a valuable news option and a superior product.

It is our understanding that although the high-profile resignations have been submitted, their ultimate destination won’t be apparent for some time because the new journalistic product is in the creation stage.  Whatever comes from that process will have a strong start, considering that it is likely to feature writers who are magnets for readers who appreciate interesting insights and strong writing and have their own strong followings.

There is no doubt that there are dozens, if not hundreds, of decisions that have to be made before the new venture can be launched.  They range from editorial to support to technical, how the news will be delivered, what the financial structure will be, who the team will be, and what can be a formula for growth.

That said, after turning the 132-year-old Daily News from its traditional role as an outlet for agate listings of legal notices for real estate, court dockets, lawsuits, business licenses, building permits, deeds, foreclosures, and bankruptcies into a newspaper read by most of us for its fine coverage of the news in both its daily and weekly editions, the newspaper has shown that it has an ambition that can now take it to the next level.

In particular, no media outlet does a better job of providing context and background that shine light on the dynamics of decisions.  That is a foundation worth building on.

All of us who have said that we value the power of local news covered by local reporters under the direction of local management for a company owned by local people should welcome the outcome of this process.

It is time for a legitimate alternative to a Gannett-owned property, and for those of us who value the power of high-quality journalism, it is an exciting development for our community.

Faith in a Memphis of Diversity and Unity