And that’s too bad. It’s a concept that deserves serious debate.

In an interview in the Memphis Daily News, Mayor Wharton says the “timing is perfect” for his city counterpart to emulate his peers in several other major U.S. cities.

That’s certainly true when the only consideration is the current state of Memphis City Schools. Less certain is if the equally important political timing is as perfect in light of Memphis Mayor Willie W. Herenton’s weakened business support (which is usually needed for these kinds of changes), concerns that layering on the politics of City Hall and the unpredictability of the city mayor would only exacerbate the widening problems at the city school district, and his fractured political support. A driving force in most of these efforts is the popularity and confidence in the incumbent mayor, and in Memphis, that is found with the county mayor whose approval rating is twice that of the city mayor.

The Will To Change

It takes significant political will – beyond city and county governments – to move toward the possibility of a takeover of city school operations by the city mayor. Notably, it would presumably involve the Tennessee Legislature and its Shelby County delegation, a group that has a history of responding to concerns of city school board members, who would surely oppose such a takeover.

That Mayor Wharton – whose government funds city schools to a much larger extent than city government – supports the city mayor as the agent of the takeover got the attention of many trying to discern his future political ambitions. To them, his position strongly suggests that he’s looking ahead to a day when he’s in the mayor’s seat in City Hall and can implement the ideas that he and former Congressman Harold Ford Jr. advanced in an op-ed column in The Commercial Appeal two Sundays ago.

The reasoning goes like this: If Mayor Wharton worked to make the county mayor the political person directing the takeover, it would unlikely to take place before he leaves office. But if the city mayor has the authority, it’s something he has the opportunity to execute as the occupant of that office.

His comments about the mayoral takeover of schools also revives and gives momentum to widespread speculation that the two mayors reached an rapprochement in the days when Mayor Wharton was considering a run against Mayor Herenton. As the story goes, the agreement called for the county mayor to forego a run for the city office with the promise that the city mayor would only serve two years and resign to open the way for Mayor Wharton to ascend to that position.

More likely, if it happened at all, it was the stuff of a casual conversation than a political agreement. It’s just hard to see Mayor Herenton entering into an agreement of that kind, but it is equally easy to see him making such a casual comment with a smile on his face.

All of this speculation about Mayor Wharton’s future is propelled by the fact that a county mayoral takeover would be a more accurate reflection of the funding sources for education in Memphis. More than 50 percent of every county property tax dollar is spent on schools; however, it’s possible that in weighing the prospect of a county mayoral takeover, there was concern about the possibility of a white Republican county mayor being in charge of the urban district.

At any rate, Mayor Wharton’s call for the other mayor to take over Memphis City Schools – however unlikely it is to take place – puts on the table a strategy that has been used effectively across the U.S. as a way to shake off the lethargy of the school bureaucracy and jump start innovation and better student performance.

There’s a growing trend toward mayoral takeover in large cities these days. Frustrated by lack of progress in student achievement and beset by malignant management problems, it’s not so much the mayor’s involvement that’s the magic answer, but the appointed board appointed to run the district, removing the parochial politicization found in so many districts.

The mayoral takeover movement began in Boston in 1992, followed by Chicago in 1995, Cleveland in 1998 and New York in 2002. In the past couple of years, these cities were joined by Los Angeles, Washington DC, and Albuquerque.

Currently, Richmond Mayor L. Douglas Wilder – supported by powerful allies in the business community are trying to abolish the elected school board in favor of returning to appointed school boards. The changes require the approval of the Virginia General Assembly and its prospects are unclear but promising.

While most of the newfound interest by mayors is spawned by the floundering performance of their city districts, there’s also the overriding political reality: Whether they’re in charge or not, they’ll be blamed for whatever is happening – or not happening – in their schools.

Here’s how it worked in Chicago, often used as a model by other cities: The Illinois Legislature passed a law for an “educational accountability agenda” for Chicago Public Schools, it allowed mayoral control of the district, it gave the mayor the power to appoint a five-member school board and a chief executive officer (who oversees the work of a Chief Education Officer) and it eliminated competing sources of authority over the district. What it did most of all was to spark a sense of hopefulness that something could be done to improve the floundering district and gives its students a better chance for the future.

And The Voters Will Lead Us

In other districts, a referendum by voters opened the door to new governance. In fact, in cities like Boston, when there was a referendum to return to the previous organizational structure, it was convincingly rejected by voters at the polls.

In an authoritative study about the impact of mayoral takeover (state takeover, by the way, doesn’t show similar results) conducted for Memphis’ own Partners In Public Education, the following conclusions were reached:

* In 80 percent of the districts studied, the elementary schools improved their test scores.

* The most significant improvements in performance are seen in the lowest-performing schools.

* Financial and administrative operations of the districts were more effective and healthy. The study also showed that in districts run by mayors, more people who are non-teachers are hired for key management jobs.

* More accountability in the system and responsibility held by a single city leader increases public confidence in strategies to turn around the schools.

In addition, the same researcher, in a recent report, “The Education Mayor,” concluded that in a comparison of 14 mayor-led districts to 90 similar districts run by independent schools boards, mayoral control results in one-third of a year in extra learning by the average student.

But what the mayors have done best is pare back the central office bureaucracy and shift the money to classroom instruction. Unsurprisingly, they have not been as successful on altering the academic staffing patterns, because their transferable knowledge is more on the management and operational side of the house.

Another benefit that should be especially instructive here is that the mayors and their administrations become the keepers of the vision for the school districts, buffeting them from changes in superintendents which often result in 180 degree shifts in philosophy and reform programs, giving principals and teachers a permanent case of pedagogical whiplash.

Historically, all of this is a fascinating lesson in how changeable political forces can be. In the first half of the last century, the movement was to get mayors out of all affairs related to school districts, because of their tendency to inject more politics and patronage into their decisions. Now, things have come full circle, as elected school boards themselves are seen as part of the problem, because of the tendency to balkanize the philosophy of the districts.

In most cities, school board members are elected by district and as a result, they approach decisions with a distinct political sensibility, resulting in most positions being taken for motivations that have to do with their individual constituencies than an overall systemic approach. It’s also why school board members are more focused on schools and programs in their districts than in the reform needed in the central office to empower teachers and principals to make more decisions at their levels.

One thing has not changed over the past century. The changes in the first half of the 20th century were motivated by the desire to “get politics out of schools” and that remains the primary motivation for mayoral takeover today.

There are still long odds facing a successful district takeover in Memphis, but surely, there’s no question that in light of ongoing scandals and the impending, dramatic increase in the number of schools failing to meet state standards, we need to be considering every option, including this one.

** Footnote: If you’re not reading veteran reporter Bill Dries’ coverage of government in The Daily News, you’re missing some of the best reporting being done right now. Under the guidance of another proven veteran, David Yawn, associate publisher of the paper, it is often breaking news and giving the kind of deeper understanding of issues that is missing in more dominant media outlets. 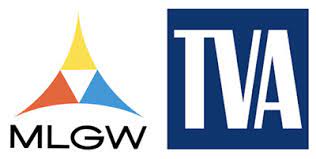 Reinvigorating the Mojo of Memphis Culture