Mobility As A Driver of Dramatic Change In The Medical District 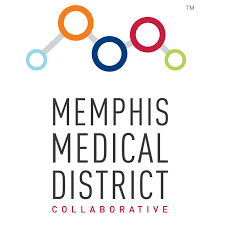 In our last blog post, Transforming The Medical District Into A “Real” Place and Lifestyle, we chronicled the momentum under way in transforming an area known largely for hundreds of acres of parking lots into a livable, active neighborhood.  To achieve this, the Memphis Medical District Collaborative’s has set transportation and mobility as a key priority.

“As a sign of the Collaborative’s maturity and in response to the heavy car-dependency of the district, it is turning its attention to transit and mobility.  He (Collaborative President Tommy Pacello) said many of the people in the district are ‘transit-trained,’ coming from cities with effective transit systems.  Because of it, he is ‘daylighting mobility options,’ and in support of them, the Collaborative has added Glenn Gadbois of Austin, Texas, to its staff as transit project manager.  Mr. Gadbois’ charge is to ‘reclaim choice in how people travel to and from the district,’ concentrating on the reimagination of how to move people, not cars.  Ambitions include the launch of a Transportation Management Association (TMA) and other mobility breakthroughs for Memphis.”

Mr. Gadbois moved to Memphis after working as a national consultant from the Austin in five to 10 cities across the U.S.  It’s a safe bet that he’s never faced such daunting odds as he does in his new job.  After all, 97% of the 24,000 employees and students in the district drive there by car; however, that’s not necessarily the way they like it.

He said: “When we survey, we discover that most people would prefer using transit, carpooling, biking, and walking instead of driving alone, but they don’t feel like they have choices that work for them.  They feel trapped into driving alone.”

That’s why the Collaborative’s goal is to “bring mobility choice back to the district.”

Although he “didn’t know much about Memphis” before he took the job, he said he was encouraged because the city has done “some things to move in the right direction.”  Working in a district where the land consumed by parking is the equivalent of Harbor Town, he acknowledges that he likes a challenge. “I’ve worked in a lot of cities that don’t really need help,” he said, “and Memphis has more challenges like slower growth and less revenues but it seems to have a firm commitment.”

“I’ve learned it’s not about someone telling people a particular path but how to inject effective mobility into work already being done and to tie mobility to achieve the district’s mission,” he said.

Mr. Gadbois said that $370 million is spent on parking in the Medical District.  “It’s not mission-driven expenditures.  It’s storage for cars and it actually inhibits mission because employees don’t care for the experience of it, it creates less active streets and deprives the district of opportunities to redevelop.  We have to solve mobility to give them (the anchor institutions) a chance to do it and focus on mission.”

Research has proven that the design of cities and transportation infrastructure have radically negative impacts on health outcomes, which is particularly ironic if a medical district contributes to them.  “We are working with companies to help them rearrange the deal they have with their employees,” he said.  “The employees are required to work and everything has been arranged to assure they will drive so they do.”

Ironically, one of the obstacles to progress in mobility options is the ease of commuting in the Memphis region.  In Austin, the pent-up frustration from sitting in traffic on clogged streets wasted so much time, people demanded change.  That’s not the case in Memphis, where commuting times average about 20-22 minutes.

“My business is about providing choice,” Mr. Gadbois said.  “If I can help five to 10 percent to want to do something different, it can make a difference in everything, including demand for parking and the individual costs of transportation.”

In that way, his work is not about trying to convince people to change their driving behaviors, but instead, it’s about connecting with the people “who don’t love driving and it’s about working to realign things so people have a fair shot at other options.”  He emphasized that only 913 employees and students in the Medical District have access to “viable transit service.”  “There are other options (to transit).  We have carpooling where people simply think about seeking out other employees working on their shifts so they can carpool or vanpool.  Some people would cycle but they don’t feel safe doing it.  These are doable, solvable problems and once we work with people to understand how they work, we look to how we can improve infrastructure and the mobility ecosystem.”

Meanwhile, there are “big disruptions” coming.  “We’re not ready now,” Mr. Gadbois said.  “There’s technology, everything from automated and electrified vehicles and shared vehicles that will change our world.  How do we accommodate that?  What happens when Uber and Lyft account for 20 to 30% (of riders)?  It can break down the flow of transportation system unless we redesign how the curbside will happen.

“Anybody building a parking garage today is spending $25-30,000 a spot for a structure that could be obsolete in half of its life span.  An automated vehicle will be in service 22 hours a day.  Anyone spending mission-related money for parking garage and lots needs to think about how to repurpose.”

Mobility options contribute to neighborhoods’ reputations for being productive and vibrant, and to accomplish that, it calls for repurposing unproductive land consumed by parking.  “Everyone is discovering that economic vitality is when we put people closer together so they forge economic partnerships,” Mr. Gadbois said.

The ultimate disrupters are millennials, who have vastly different expectations, he said, adding that they will choose where to live based on place, mobility, and other factors.  “We need to make sure Memphis is competitive in that marketplace for this workforce majority,” he said.

Getting Ahead Of The Changes

The Memphis Medical District Collaborative is busily laying the foundation for these disruptions, which Mr. Gadbois sums up this way:

One, less money to pay for the massive and massively expensive system Boomers built;

Three, the future may radically shift what infrastructure is needed of the new “system”;

Four, we need to start addressing the epidemic level negatives for which the current transportation system is a significant contributor (obesity, isolation/depression high blood pressure, etc.; injuries and fatalities; air quality and water quality; dependency on fossil fuels; sustainability of our cities, etc.)

It’s a daunting agenda, but after watching the change under way in the Edge and those soon to come as a result of the Eds and Meds anchor institutions’ involvement and commitment to turning the district into a place, there are reasons to be optimistic.  “It’s about thinking about the preparations to address the disruptions rather than simply waiting to react,” he said.