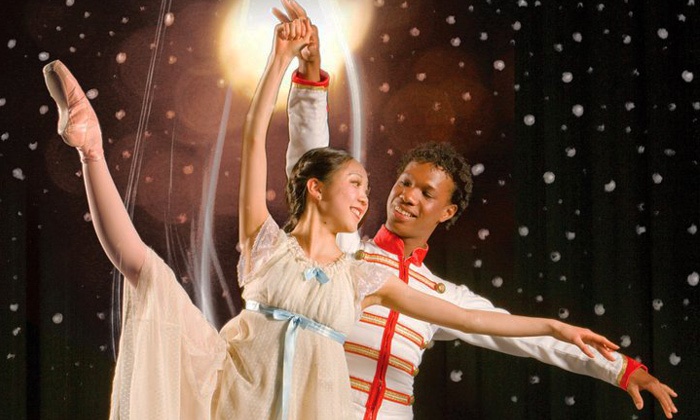 It’s good to see so much building going on in Memphis these days, but nothing excites us more than the new studio and offices for Ballet Memphis in Overton Square.

It’s not just that the blighted, vacant French Quarter Inn is finally gone.  It’s much more than that.

Ballet Memphis’ impressive new glass and steel architecture designed by archimania is a fitting symbol mixing permanence and creativity for our city’s leading artistic organization as it moves more front and center in our consciousness as a result of its move.

For too many years, the ballet was hidden in a studio in Cordova where it was buried among suburban sprawl and did not have the presence that it deserved, especially considering its prominence as the only Memphis arts group to receive rave reviews in the New York Times about its Big Apple performances and its ballets in the Kennedy Center.

The glowing review in the Washington Post said that “the ache and darkness Ballet Memphis put onstage was more than a dance, it was an echo of human experience.”

It is that echo of human experience that runs like a thread through all of Ballet Memphis’ work and embodies the founding vision of its founder, Dorothy Gunther Pugh, whose more than three decades journey brought the ballet into its present national prominence for its creativity  but also for its distinction as the most diverse company in America.

Now, visitors to Overton Square can watch this extraordinary company in rehearsals that could even include Peter Pan soaring in the new Fly studio with its 45-foot ceiling and 5,100 square feet.  It is characteristic of Ballet Memphis that instead of simply having Studio A, Studio B, Studio C, and Studio D, it has labeled the studios with verb names that reflect what it hopes to inspire: Fly, Dream, Discover, and Imagine.

“They’re all verbs because these are places where people don’t have to wait for someone to tell them what to do,” said Mrs. Pugh.  “We call the studios Fly because we want people’s spirits to soar and to inspire them to dream.”  Between Studio Fly and Dream, there is a courtyard where people can watch dancers practice.  There is also a Mama Gaia restaurant in an egg-shaped space at the northeast corner of Cooper and Madison where diners can watch rehearsals or just have a drink or a meal.

Artistic Wealth On One Street

Ballet Memphis had its official opening Saturday, and the energy and excitement in the air hinted at how the new location will immediately make it a midtown icon.  It also seems to us that its presence punctuates the vision of Overton Square as an arts district, and we can’t imagine a street in any city that can match the creativity found on Cooper Street in the forms of Mrs. Pugh, Ekandayo Bandele at Hattiloo Theatre, and Jackie Nichols at Playhouse on the Square.

As Mrs. Pugh said, success is not just in putting on thoughtful, emotive performances, but to “generate a great deal of involvement and civic pride.”  Unquestionably, each of them is setting the standard in their chosen art form.

The other commonality between the theaters and the ballet is that each of them put on stage performances that reflect the sensibilities and creativity of their leaders.  To this point, Mrs. Pugh’s emphasis on accessibility, insights into the human experience, and deepening an understanding of what it means to be a member of this community.

Ballet Memphis was the first ballet company to produce regionally themed works that focused on race, river, Memphis music, women’s issues, and poetry.  That’s not to say that the company doesn’t also perform the classics, but the local regional themes are a special gift from Ballet Memphis.

In the new location, there is a studio for pilates and for classes, but there is space to consider new programs and to hold the always provocative Spark! Conversations series moderated by the inimitable Pat Mitchell Worley.  There is also more space for the wardrobe room with storage for 7,500 costumes.  There will be a rotating costume exhibit facing Madison Avenue toward the eastern end of the building.

As moving as a ballet performance is a conversation with its founder and artistic director.  Mrs. Pugh is able to weave explanations that are equal parts artistic and aspiration, perception and passion, community and cosmopolitan.

Her answers to questions are often a ballet in words, but she is stumped by a question about how she defines success.  “The concept of success is elusive,” she said.  “When you grow up in my generation, you grew up in a patriarchy and you don’t think about success.  I wasn’t genetically capable of falling in line, and a lot of what I did was to achieve but not because I wanted to be successful.”

Rather than defining a life by success, she suggested that what is important is a life with meaning: is one that’s about “what we put out into the universe to make life better before our time is up.”  “I’ve tried so hard to honestly be in touch with others and not ever be exclusive.  It’s about welcoming new thoughts: are we thinking enough and doing enough?”

In looking back at the three decades that transformed a modest local company into one with national impact, a blessing has been to have “great donors who stuck with us.”  “They say we gave reasons to stick with the ballet for years and we have been with teams of good people, spirited people who support the institution.” 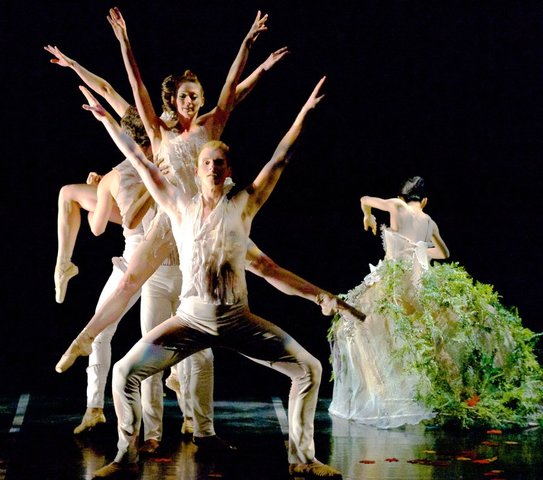 It is through a philosophy that is outward-focused and unfocused on self-aggrandizement that the new studio is not the culmination of her career.  That would imply finality and the closing of a chapter.  That’s hardly the case as Mrs. Pugh and her gifted staff are already devising new ways to reach Memphians and to push boundaries as they create a shared artistic vocabulary that results in as greater sense of community, greater understanding across racial and economic lines, and a sense of what it means to be human.

As a former junior high English teacher in inner city Nashville following her graduation from Vanderbilt University, she learned a lot about the commonality between all people, even when they don’t think they have much in common, but also she committed herself to breaking down barriers that divide people or treat some as less than.

She had begun dancing almost as soon as she could walk, and as a fourth generation Memphians, the gravitational pull back to her hometown was powerful.  She had been teaching during the day and dancing at night in companies in Nashville when the request from her former Memphis ballet teacher to take charge of her ballet school.

It came at a time when Mrs. Pugh was offered a chance to dance professionally with the Pittsburgh Ballet Theatre, but at a time when she and her husband, Robert, were thinking about having children, it seemed better to do that in a city where there were people to support them.

In short order, she had founded the Youth Concert Ballet, and in 1986, she organized Ballet Memphis.  She had two dancers and a $75,000 budget.  Today, there are more than two dozen professional dancers with Ballet Memphis and it has moved into its new $21 million studio and offices. 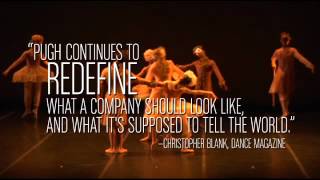 It couldn’t have come at a better time, as Memphis wrestles with what it once was and what it can become.  Two years ago, Dance magazine spoke to the importance of the Memphis experience:

“For over 25 years, the Ballet Memphis director has been committed to leading a company that truly reflects and serves her city, which is over 60 percent black. She’s an idealist who’s determined to do more than pay lip service to diversity. Ballet Memphis has multiple black, Asian and Hispanic dancers, plus several administrators, teachers and board members of color. Pugh regularly commissions ballets by non-white, non-male choreographers, and invites them to dig into themes not normally seen on the ballet stage—whether that’s life in a Baltimore housing project or the relationship women have to their clothing.

“The company has collaborated with Rennie Harris, Chuck Davis and, recently, female jookers. Like many directors, Pugh gives her dancers opportunities to choreograph, but I met a pair at the Dance/USA conference who told me that she also encourages them to engage with the larger dance community so they can think critically about today’s big issues in ballet, like how a company can be a relevant part of its community.”

No one explains it better than Mrs. Pugh.  You can read her explanation at ArtsEngaged about the special connection between the ballet and its community.