The following post was submitted by our friend, Aaron Shafer, who was a leader for Memphis first skate park adjacent to Tobey Park: 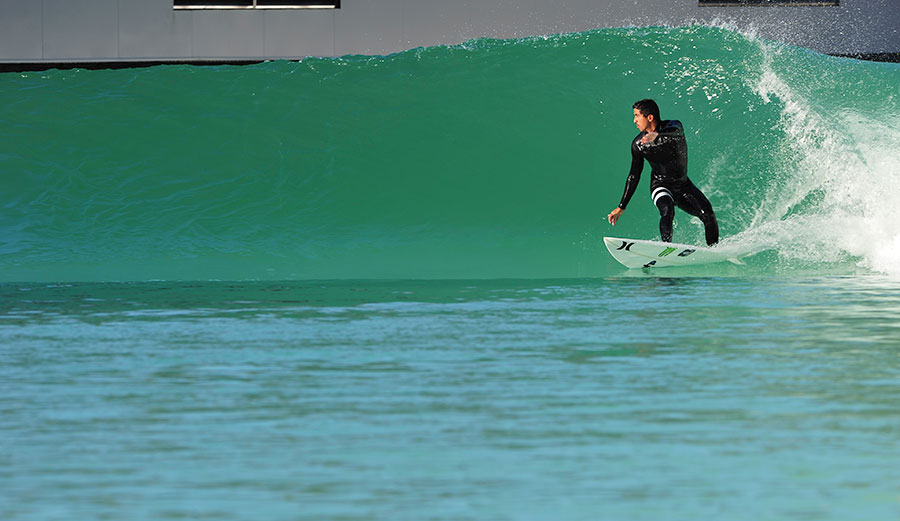 The City Memphis is moving forward in redeveloping the Fairgrounds within the next couple of years. If all goes as planned, they will submit an application with a redevelopment proposal to the state near the end of this year.

So what should we build on the Fairgrounds?  What is a win-win for everybody?  Marvin Stockwell refers to this as the “sweet spot” which he defined through gathering public input at meetings that he hosted through his Friends of the Fairgrounds organization.  In Mr. Stockwell’s words that sweet spot is “where the tourism demands of the TDZ sync up with the desires of the stakeholders, especially the neighborhood residents.”   You can listen to him talk about that process here.

Basically the “sweet spot” was distilled into the following criteria: it welcomes the neighborhoods back to the fairgrounds, provides local jobs to the youth, is a safe fun place to be and brings in tourists from around the greater area.

I would add one other criterion: it keeps us all from having heat stroke in the summer.  Let’s face it, Memphis is smokin’ hot in the summer! Mix in some humidity and everything you enjoyed doing in the spring and fall months is no longer doable without risking death.  How about building a water venue mixed in with a state of the art surf park?  Such a facility would meet the criteria of a sweet spot AND fill a recreational void.

Upon moving from the Bay Area to Memphis back in the summer of 2006, one of the thoughts that crossed my mind was where was the nearest water park? 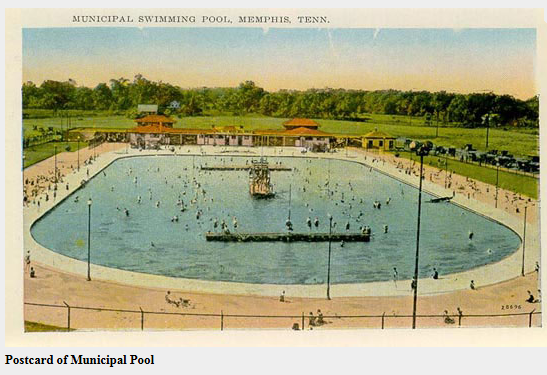 I did some research and as it turns out Memphis used to have numerous water-based recreational activities. Memphis actually had a gigantic municipal pool located on the Fairgrounds, complete with a sandy beach on the perimeter (see the photo at the top).  The pool operated from 1921-1947. Maywood was the Memphis “beach within reach” which had beaches built with sand imported from the gulf as well a large lake filled with clear cool spring-fed water. Maywood operated for 72 years before closing in 2003. You can learn all about Maywood in this episode of Memphis Type History. Overlapping with Maywood was Adventure river water park that was open from 1985-1997. Bud Boogie Beach was another venue on Mud Island where the “gulf of Mexico” was turned into a make-shift pool and beach area. It closed in 1997.

Which brings us to the present: where do people go now to cool off around here now? The picture below shows where they go (WP is shorthand for water park).  They go everywhere but Memphis to beat the heat!

The Memphian outmigration is a result of the void created by the closing of all those different water-based venues. When the nearest large water venue is over 150+ miles away, you have a recreational void. This void is especially acute for Memphians who don’t have the time or money to take frequent out of town trips to cool off and recreate.

What would a modern water park look like? The park I envision would have a swimming area, areas to lazily float around, wading areas and an anchor center attraction that would draw both the locals and tourists to the facility.  The center attraction would be a surf park. The surf park is not the same as a traditional wave pool that you’ll find in a standard water park.  The surf park uses a wave-generating technology that was developed within the past 10 years. The first surf park was scaled up in 2014 and opened to the public in 2015. In 2017, the technology was revamped, increasing the wave output from 100 to 1000 waves per hour! The wave size is scalable (adjustable by the software) so you can generate waves for kids to play in with their boogie boards or ratchet up the wave size for intermediate or advanced users.

Take a look here to see the 2017 version of the surf park in action.

Essentially, you now have access to be able to surf on waves that are found at some of the best surfing locations around the globe. You provide new access to a thrilling activity that has been geographically limited to the coastlines.

Currently, only one surf park exists in the United States, it opened in Austin, TX in 2016.

Ok, but Memphians don’t surf. Not yet.  BUT, we all get hot and given the opportunity most of us would give it try. Imagine not having to drive hundreds of miles to go to the beach.

At one point in history Southern Californians didn’t surf, however the growth of surfing in Southern California exploded once people had access to the activity. As a former southern California surfer, I can testify that the life-long thrill of surfing has fueled and sustained overcrowding of surfing areas with surfers.  Surfing is a healthy addictive activity and we need more healthy positive activities here in Memphis, both for our youth and everyone.  Memphis would become a magnet for a venue that no other cities (including Nashville!) have in the Midsouth, providing a much needed “cool place” for Memphians to stay cool.  A place where the nearby residents would be welcomed back to the Fairgrounds, a place where families and kids can learn to swim and surf and a place for summer jobs. Sounds like a sweet spot to me!

If you’re inspired (and want to cool off) then let’s make this happen!

See the below information:

As of summer 2017, the Fairgrounds are in the midst of a public input process, you can check on the meeting dates coming up here.  If you would like to participate in that process, you can submit a comment online here.   You can also join Let’s Surf Memphis !  Facebook group for updates on progress.