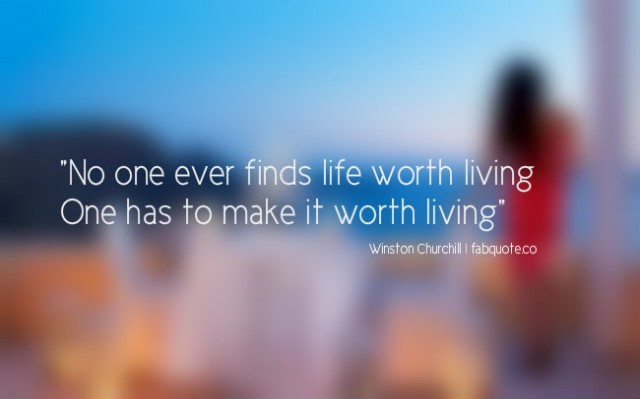 I first met Gene Pearson and Tim Bolding about 35 years ago.

I met Gene through his wife (at the time, his significant other), Louise Mercuro, and together, they made a formidable team of smart, passionate planners and urban thinkers.  He was a regular commenter on this blog, and there was never a time when his comment did not illuminate and educate on an issue that matters for Memphis.  When faced with a question that required an obscure fact dredged up from a historical footnote or that required a thoughtful analysis and context, he was a ready and willing authority with an answer.  We were also grateful that that he contributed about a dozen blog posts over the years.

I met Tim when he managed Shelby County Government’s Housing Department and he brought a commitment and energy to shake things out of the lethargy that characterized the county’s housing work at the time.  It was clear that he was destined to do important work and deserved a palette of his own from which to work.  It seems to me that he had Laura had only been married for a few years, but there was little doubt that this was a relationship that would be in for the long haul.

Gene has been ill for several years as his body failed to keep up with his brain.  It was slowly shutting down, despite the best efforts and constant, determined attention from Louise.  The cruelty of his disease never stopped his mind from whirring or debating current Memphis issues in the kind of insightful conversation that were customary in his life with Louise.

Over the years, as director of the University of Memphis graduate program for city and regional planning, Gene touched almost every major planning project and issue in Memphis and Shelby County.  His files bulged with plan after plan, student papers upon student papers, and notes of deep thoughts and provocative ideas.

Among the dozens of projects that he led, two stand out in my memory.  One involved the Memphis Grizzlies and the other Shelby Farms Park.

After Rick Masson and I negotiated the contract to move the Grizzlies from Vancouver to Memphis and to build a new arena as part of the deal, it was immediately greeted with vituperative opposition.  There were many opinions but few facts.  There were questions about whether the team would even be a positive impact on the Memphis economy.

Moving a Great Park Ahead

It was classic Gene.  It was definitive, carefully crafted, and it included some statistics often ignored in other reports, specifically, if the economic impact was producing new money in the economy or simply moving around entertainment dollars that would otherwise be spent somewhere else in Memphis and Shelby County.

It was a pivotal document that significantly advanced the debate about whether it made sense to build a new arena to attract the professional basketball team and created once and for all a factual context for debating the issue.

With Shelby Farms Park, he played an even greater role and his bookish, scholarly, dispassionate approach was perfect as chairman of a 21-member task force whose purpose was to evaluate how and if Shelby County Government should move ahead with the plan to turn over management an operations of the envisioned great 21st century urban park to the Shelby Farms Park Conservancy.

It was a year after the Shelby County Board of Commissioners had approved the agreement with the Conservancy but reversed it shortly thereafter in a dispute about the length of the group’s lease.  In the end, Gene’s committee issued a forceful recommendation for a management agreement with a conservancy that would be required to develop a master plan for the park’s future.

With that credible endorsement, the Shelby County Board of Commissioners approved the recommendation, and a year later, in 2006, it approved a 10-year management agreement that gave the Conservancy control of about 3,200 acres and a conservation easement that set out what could be done – and not done – on the land.

About a year ago, in researching a history of Shelby Farms Park, I asked if Gene had any records about the park that I could review.  It resulted in a carful of boxes about the Penal Farm/Shelby Farms that went back decades.  It included every report and study conducted about the park, including the ones justifying its sale and development, but it also included his graduate students’ work about the future of the park.

Gene had undoubtedly read every one of these documents in preparing the work of his committee and its final report.  While he was justifiably proud to have been involved as an arbiter in so many major projects and decisions made in Memphis and Shelby County, he was proudest of all of the hundreds of planners that he had educated and who went into their profession with a clear, strong set of planning principles and values as a result.

The way that Gene’s death rippled far and wide speaks to the impact that he had, not only on regional planning here but in influencing planning in cities all over the country.

When Tim entered into affordable housing work with Shelby County Government, he was in his twenties but there was little doubt that he would be having a broader impact within our community.  He was dogged and visionary and pushed county programs to have greater impact and to take more of an urban view of the issue.

In 1994, he took the idea of greater emphasis on affordable housing that was percolating at United Way of the Mid-South and built United Housing Inc. into a national model that moved several thousands of renters into homeowners.  I bumped into him over the years and was always met with the big grin and convivial manner, and the conversations were always dominated by his family and his work.

A few months ago, I encountered Laura and one of their daughters in the cafeteria at Baptist Memorial Hospital, where Tim had come in for one procedure that quickly escalated to a more serious one.  And yet, Tim emerged from that surgery moving more slowly but his mind seemed to be moving more quickly.  He was frustrated that he could not drive because there was so much he needed to do.

About a year ago, Tim’s 91-year-old mother died and he was contemplating the next chapter of his life.  The big idea that came from this contemplation was to build or rehab 10,000 houses in the next 10 years.  It was a daunting goal for Memphis, but Tim’s enthusiasm and credibility attracted local foundations, banks, and nonprofit leaders to his cause.

As usual, he explained the program with passion and easy-to-understand explanations.

He pointed out that there are always builders, financing, appraisers, and real estate agents for “700-credit-score neighborhoods,” but in “500-credit-score neighborhoods, the system is not a system.” This in turn contributes to population declines, thousands of boarded-up houses, shrinking tax revenues, and tens of thousands of houses already seized for nonpayment of taxes.

“It is a deep wound for Memphis,” says Bolding. “The loss of property owners has been dramatic. The building industry has been decimated in the last 20 years — from 350 builders to 20. There used to be 5,000 houses built in a year and now it’s 500, and at the same time, population is down and we have thousands and thousands of vacant lots.”

While it would have been easy to claim the idea or insist that United Housing should be in charge of it, Tim was not interested in ownership but leadership.  He said that everyone with a stake in a better system should come together to make it work.

In words that now sum up his legacy, he said: “This isn’t a United Housing plan. It’s a Memphis plan.  If we make it a priority, we can do it.”

Talking About What Matters

Last October, I met with Tim with Eric Robertson and Amelia Crowley of Community LIFT, and his sense of urgency about moving ahead with the plan cannot be seen anything as prescient.  A couple of months later, I telephoned him about my interest in writing my Memphis magazine column, City Journal, about his 10-K Housing Initiative.  He was customarily persuasive and tireless and the column was published in February.

But what he seemed to want to talk about most was his family and how perfect his life was.  We were both fathers of two daughters with a supportive, loving wife, and we talked about how special daughters are and he talked about how instrumental his wife of 37 years, Laura, had been to everything he had accomplished in his life.  He said that his daughters, Rebecca and Anna, gave their lives meaning, and he emphasized that nothing in his life has been more rewarding – and simply, more fun – than spending time with his two grandsons.

That was our last conversation, but in retrospect, it did a good job of summing up his legacy.

In my last conversation with Gene, he was having trouble breathing but he didn’t want to talk about his health.  He wanted to express his opinion about a planning issue in the news.  As usual, it was right on point

The True Cost of Unwalkable Streets