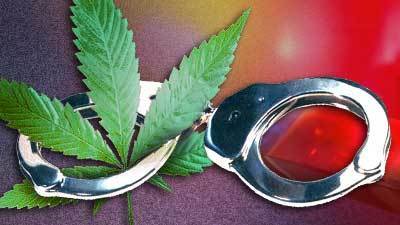 Memphis moved a step closer to marijuana enforcement sanity with the vote by Memphis City Council for an ordinance that would mean that Memphis Police Department would not arrest people with less than one-half of an ounce of a drug that is no more serious than alcohol and less medically dangerous than tobacco.

And yet, old school police officers (and old school politicians) continue to contend that the smoking of marijuana is always a slippery slope into heroin and dangerous drugs.  We respect their opinions, but it is an over-simplification of an issue that rests more on careful thought and scientific debate by people in the medical community and criminal justice research.

Police officers see the issue from a distinct angle and often associate its use with behaviors that they don’t like or with belligerent people who create problems for them.  And yet, this speaks to the inconsistent way that marijuana enforcement is carried out.  For every African American teenager or 20-something arrested for possession of marijuana, there is a white teenager with little risk of arrest.

Here’s the thing: rarely does someone arrested for marijuana possession end up in prison, but an arrest record can have devastating effects on his chances of getting a job or receiving social benefits.  If there is any part of the criminal justice system that cries out for more rational and humane policies, it surely is possession of a small amount of marijuana.

No Cause and Effect

As five members of City Council have wisely seen (five according to The Commercial Appeal and six according to weekly email blast from Chairman Kemp Conrad), it makes more sense to give police officers the option of writing citations for $50 fines for possession of less than a half an ounce of marijuana than hauling them to jail.  Frankly, we think police shouldn’t do anything, but at least the citation is a step in the right direction, and contrary to news reports, it’s a long way from marijuana decriminalization..

We appreciate Memphis Police Director Michael Rallings’ comments about “devastating people’s lives” and citing the fact that there have been 64 heroin overdoses this year in Memphis.  After all, correlation does not imply causation.

We share his pain about these lost lives, but we also know hundreds of people who have been using marijuana for decades and have never migrated to heroin or anything else.  More to the point, how does not making common sense marijuana laws prevent heroin overdoses?

Increasingly, over the past 15 years, it has become clear that the war of drugs was a failure, but nothing represents more of that failure than marijuana possession laws.  In Memphis, it has caught up tens of thousands of Memphians in the criminal justice system.

The impact can be quick and harsh.  It can affect whether these people can live in public housing, whether they can receive financial aid for college, whether they can get hired for a job, and more.  The ripples spiral out from less than a half ounce of marijuana to define their entire lives in the negative.

For us, marijuana possession is indeed “devastating,” but it is because of the crushing impact on the way that it limits opportunity for thousands of Memphians.

That’s not even mentioning the millions of dollars that have been spent in the past 15 years arresting, processing, jailing, and taking to court men and women who ultimately are not sentenced to prison.   Using FBI figures for the State of Tennessee’s annual cost of marijuana possession enforcement, it is likely that Memphis spends about $7 million a year.

Better Use of City Tax Money

At a time when city government has set the goal of putting more “boots on the street” and suggesting that MPD is understaffed, it seems obvious that officers should not be taken out of service in order to transport someone to Shelby County Jail for possession of marijuana and to have the officers take time from their schedule to appear in court.

Surely, there is more important work to be done to reduce the violent crime rate, which is up 7.8% over last year, according to the Marshall Project.  Put simply, using police to enforce minor marijuana possession is a foolish use of human and financial resources when they are needed for more important work.

Already, the Memphis region has one of the highest incarceration rates in the country – three times more than Detroit, about 75% more than New York City, about 60% more than Chicago, and 40% higher than Atlanta, and we need to keep nonviolent offenders without victims out of the expensive Shelby County Jail.  Incarceration too hits African Americans disproportionately and in a city that is 63% African American, it should be no surprise to employers that they complain that too many of the applicants for jobs have been arrest, most often on drug charges.

It has always seemed to us that if City of Memphis still had a jail and paid the costs of incarceration there, it might be inclined to have more enlightened enforcement policies and give more thought to ways to handle nonviolent offenders.  Today, however, MPD simply can arrest people and take them to the Shelby County Jail, where the costs are born by county taxpayers and there is no pressure on city government to try new ways of enforcement.  In the past decade, the budget of the Shelby County Sheriff’s Department, whose primary duty is to operate the jail, has risen 28%.

But we digress.  More serious to us is that tough enforcement of minor marijuana laws also have a deteriorating effect on police-community relationships and collaboration, and this produces cracks that can be seen in lack of good faith between police officers and the public.

We have seen in the U.S. the troubling results of relentless enforcement of heroin and crack cocaine laws on African American neighborhoods in the first wave of the War on Drugs.  But as the hysteria of the crack cocaine campaign waned, along with crack cocaine arrests, law enforcement turned its attention to an easy target: marijuana.   As overall drug arrests fell, marijuana arrests climbed.  (Drug arrests in Memphis have fallen 34% since 2006, but we have no data to suggest what percentage of the arrests are for marijuana violation or if the national pattern applies here.)

As someone said, it was at that point that marijuana became the drug of choice for police departments across the U.S.

A Matter of Fundamental Fairness

It seems a good time to repeat a seminal fact in the debate on this issue: the disparities in arrests do not reflect the rate of marijuana use among the races.  Nationally, 14% of African Americans and 11.6% of whites used marijuana in the last year.  For 18 to 25-year-olds, a demographic with higher arrest rates than other ages, more whites than African Americans used marijuana in the previous year, according to the National Household Survey on Drug Abuse and Health.

It’s not as if it’s difficult to access marijuana if you want it, but nationally 59% of African Americans and 54.1% of whites say they have never used marijuana.  In every year between 2001 and 2010, that difference in use has been the same.

Not Broken Windows But Broken Lives

In real ways, the crackdown on minor marijuana possession was part and parcel of the “broken windows” approach to policing, which has been shown (at least to our satisfaction) to have been a superficial and glib approach to law enforcement that brought down the hammer on the theory that what appeared to be a problem could prevent an actual problem.  It was one more way that our society manages to criminalize poverty, and in the end, it led to more profiling and stereotyping by law enforcement.

So, it seems to us that the racial disparities in enforcement are obvious, and at a time when we need to be increasing opportunities for as many Memphians as possible, particularly young adults, we should see the City Council’s action not only as enlightened law enforcement policy, but also enlightened economic policy.

We have to get more people in jobs and earning a living wage.  The more that the possession of a small amount of marijuana becomes a barrier to this, the greater is the drag on our economic growth.

Triumph of the Entrepreneurial City

Electrolux Deal Still Worth It