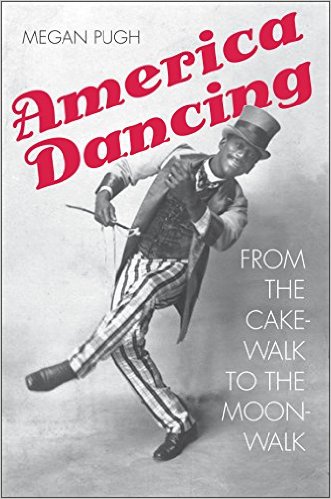 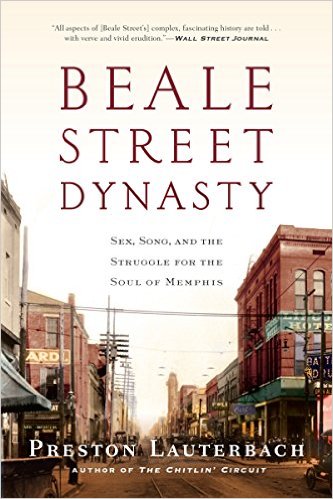 We were recently reading two books by Memphis authors – well, they live on opposite sides of the country now but we still refuse to not consider them our own – that not only chronicle fascinating and important times in our national history, but they are beautifully written and researched.

The authors are Megan Pugh and Preston Lauterbach and their books respectively are America Dancing: From the Cakewalk to the Moonwalk and Beale Street Dynasty: Sex, Song, and the Struggle for the Soul of Memphis.  It is Ms. Pugh’s first book and Mr. Lauterbach follows up his acclaimed 2011 book, The Chitlin’ Circuit and the Road to Rock ‘n’ Roll.

Both books have received the kind of reviews they deserve.

The New York Times called America Dancing “valuable, original, refreshing, wide-ranging…(her) writing is excellent and the book is mind-opening.  To an invaluable extent, it’s about the influences of African-Americans on American dance…the breadth and wealth of information often dazzle…this book alters and enriches American dance history.”

John Beckman, author of American Fun: Four Centuries of Joyous Revolt, said: “With her locomotive prose, virtuosic analysis, and acrobatic storytelling, Megan Pugh brings America’s most dazzling dancers stair-tapping and moonwalking back to life.  America Dancing is more exhilarating and more revealing than cultural history has a right to be.”

Meanwhile, the Times said Beale Street Dynasty “adds a fascinating chapter to civil rights history…but for all the hatred it depicts, this gracefully written book never loses sight of the fund that made Handy exalt that stretch of dirt road.”  In particular, it tells the story of how biracial Robert Church, “both valiant and corrupt, a charmer and a thug” who capitalized on the sexual vices of white Memphians with his “brothels stocked with white women” to amass wealth and influence.

Hampton Sides, another Memphis and author of Hellhound on His Trail, In the Kingdom of Ice, Ghost Soldiers, and Blood and Thunder,  wrote: “Preston Lauterbach has conjured a fascinating demimonde that’s dead and gone…deftly paints a portrait of the one improvably millionaire who towered over this vibrant world.”

They Had Us At Hello

Like really good story-tellers, both books hooked us from the beginning:

“June 6, 1862, Dawn on the Mississippi River at Memphis, Tennessee – Artillery thunder ricocheted over the river, jolting the crew of the Victoria.  She was an eight-hundred-ton paddle-wheel steamer, at the moment employed for the cause of the Confederacy as a blockade-runner, shuttling supplies between her home port of Memphis and New Orleans.

“One of the Victoria’s cabin boys bore the captain’s name and likeness.  Robert Church was twenty-three years old.  He belonged to his father not only as a son but as a slave.  Captain took care of him, though, and Robert had enjoyed as adventurous and free an upbringing as was available to anyone, much less a Negro.  Capt. Charles Church had instilled in his son a degree of personal pride, telling him, ‘Don’t let anyone call you nigger.’

“River life gave an outlet to Robert’s courage and wit and provided him an education unlike anything most slaves could comprehend.  He had survived disaster, like the fiery sinking of his father’s steamboat the Bulletin No. 2 in 1855.  He studied rich white planters and black-leg gamblers at leisure.  He procured their whiskey, attended their card games, and learned their thirsts.”

“In the winter of 1884, a group of Philadelphians panicked: America had no national dance, and they needed one.  They were planning a fundraiser for the Pennsylvania Museum and School of Industrial Art, to culminate in a March of the Nationals, featuring a French minuet, a Dutch chain dance, girls in Spanish mantillas clacking castanets, and ladies in sensuous Gypsy dresses rattling tambourines.  But when it came to performing their own traditional dance, these do-gooders were stumped.  America was just over a hundred years old, and everyone who lived there – save for Native Americans, whose traditions the government was busily snuffing out – had come from somewhere else.

“One anonymous wag, responding to the Philadelphia dilemma for the New York Times, suggested turning to a value at the core of the nation’s identity: financial greed.  The male dancer could play a plumber, the female a housekeeper driven mad by a large bill.  She would die of agony, and he’d sell her corpse to a medical school for extra cash.  The writer didn’t go into much detail about how to translate this scenario into dance steps, but he did offer an alternative: a male shop clerk would sell a female customer a coat, and they’d ‘fall into each other’s arms and execute a wild pas de deux expressive of complete satisfaction and happiness.’”

Both Ms. Pugh and Mr. Lauterbach these days live bicoastal.  She in Portland, Oregon, and he outside Charlottesville, Virginia.

It’s a Matter of Degrees

It’s often said that while there may be six degrees of Kevin Bacon, but in Memphis, we are no more than three degrees from everyone in the city.  In the authors’ cases, it’s one degree.

Ms. Pugh is the daughter of the gifted founder and artistic director of Ballet Memphis, Dorothy Gunther Pugh, where she established herself as one of the most creative and inspirational people in her field.  As a result, Ballet Memphis is well-known in ballet circles and praised for its regional themed performances and widely praised when appearing in venues that include the prestigious Jacob’s Pillow Festival in Becket, Massachusetts; The Joyce Theater in New York City, and at the John F. Kennedy Center for the Performing Arts in Washington, D.C.

Mr. Lauterbach is married to Dorothy Gunther Pugh’s daughter, Elise, and is brother-in-law to Ms. Pugh, the author.

They may choose to live hundreds, if not thousands, of miles from us these days, but we are one degree away from their talents.  Their books are illuminating and magnetic, and we can’t remember when we’ve enjoyed any other books more in the past few years than these.