The controversial approval of the first-of-its kind retail tax abatement in Memphis and Shelby County for IKEA runs the risk of the EDGE board winning the battle and losing the war.

Clearly, the first volley was fired by Memphis City Council Member Wanda Halbert, whose frustration reached the point that she raised the prospect of the city’s legislative body taking back the power to approve PILOTs that it (and the Shelby County Board of Commissioners) had delegated to EDGE.

It may appear to be a drastic action by Ms.  Halbert, but anyone who is attune to the Council’s mood about the free-flowing approvals of corporate tax freezes could have seen it coming.  The fact that EDGE either did not see it coming or knew about the concerns and chose to ignore them says volumes about the lack of interest that city legislators have felt from EDGE for some time.

This lack of interest in their opinions was confirmed for many when EDGE decided to go full speed ahead when City Council members had loudly expressed their concerns about the IKEA tax freeze was essentially seen as the city-county economic development board sticking its finger in their eyes.

While the likelihood of reversing EDGE’s tax freeze powers is not expected to gain enough momentum for passage, it should be clear that something different has to be done to address Council frustration.

Making things interesting is the fact that Ms. Halbert is at the zenith of her influence on City Council with her EDGE shot across the bow coming on the heels of her pivotal leadership in delivering the city pension reform that was strongly supported by the business community.  Because of it, politically savvy business leaders should take her concerns seriously.

That said, there are options that City Council can take that are short of City Council taking back EDGE’s PILOT power, chiefly limiting EDGE’s powers or requiring regular reporting on tax abatements.

What City Council giveth, it can taketh away.  It did not just delegate its authority to waive taxes; it also set the limits to that authority.  In other words, City Council could pass a resolution that either eliminates retail as an accepted use of PILOTs or it could require that any retail projects in the future would require Council review and action.

That said, some people have raised the question about EDGE’s power to add retail without City Council approval.  EDGE officials clearly believe that Council approval was not needed, but some old timers in City Hall remember when the Center City Revenue Finance Corporation requested City Council to approve its addition of retail as a target use for its PILOTs.

In addition, there is one Council member who questions whether the Council should weigh in on the EDGE structure so it is consistent with other public boards, where their members have authority over their staff.    At EDGE, the head of the agency reports to the city and county mayors, not to the board, contributing to City Council feeling that they are generally ignored in the agency’s dealings.

Finally, it has been suggested that EDGE should be submitting regular reports to City Council about the amount of taxes being waived, and the changes being considered by Government Accounting Standards Board (GASB) could serve as inspiration for a push in that direction.

GASB, the independent organization that establishes and improves standards of accounting and financial reporting for state and local governments, is developing disclosure guidelines that would force governments to annually report tax abatements for economic development.  In the new rules, which would affect budgets beginning next year, agencies would be required to report to legislators and the public how much tax money is being abated and whether recipients are living up to their agreements.

This kind of information sounds basic, but today, it is not easily accessible (and not available on the EDGE website).  To determine the amount of city property taxes being waived, city officials need to get the PILOT report from Shelby County Trustee David Lenoir, but because his office only tracks county taxes, officials would then have to figure out which properties are within the city of Memphis, total the amount of county taxes being waived and calculate the proportional amount of city taxes.

Put simply, conventional wisdom to the contrary, Memphis City Council does have several options for action, all the way from better reporting to the nuclear option of withdrawing authority for EDGE to grant tax waivers.

Within days of giving IDEA its pass on $9.5 million in city and county taxes over 11 years, EDGE  rolled out changes to its application process and its criteria, including a new program giving tax freezes for a handful of community development-oriented projects.  It should be well-received in City Hall, but whether it can assuage the angst on City Council remains to be seen, particularly since it gives the mayors a specific role to play in approving the projects but omits any involvement by City Council.

There are other provisions in the changes that are likely to get serious Council attention, and we’ll post more about them in coming days from experts on tax abatement issues.

Meanwhile, to compound the political ripples caused by the IKEA tax waiver, Simon Property Group – owner of Oak Court Mall and Wolfchase Galleria and former owner of Raleigh Springs Mall – has taken notice of the tax abatement in light of their requests for more than a decade for city and county financial incentives that could address its financial challenges in Memphis.  As the Council predicted, it’s hard to imagine that other retailers won’t try to get a tax freeze, and it’s hard to imagine that Simon Property Group won’t be at the top of that list.

Also, IKEA has already joined the companies who don’t pay taxes, but want more and better services.  The ink was barely dry on its tax abatement agreement before the company asked for MATA to provide better transit to its store.  It’s hard not to imagine how $9.5 million would have gone a long way to paying for it. 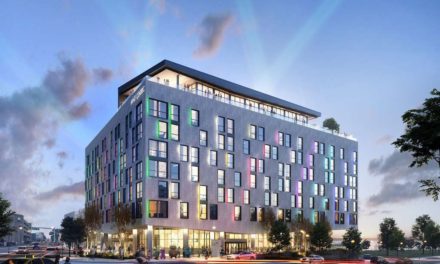