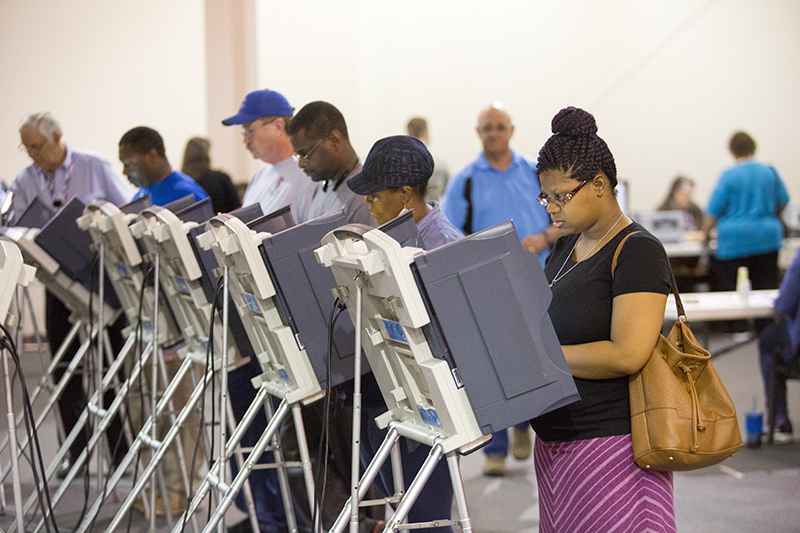 I answer the ringing phone and the caller says she is calling on behalf of a professional polling company.

After she gets information about my partisan preferences and my opinions on a few political issues, she asks who I plan to vote for and when I answer, she asks something like:

“If you knew Gabby Salinas was in favor of more immigration, would you support her?”

Then she said: “If you knew Gabby Salinas was in favor of sanctuary cities, would you still support her?”

My response: “This isn’t a scientific poll.  It is clearly a push poll.”

I’m in mid-sentence of continuing when I hear the phone click.  She’s hung up.

Even in today’s partisan environment where manipulation is a coin of the realm, it’s still surprising to hear it so unvarnished, pretending to be something that it isn’t – an objective public poll.

Then again, it’s not too far removed from the manipulation reflected in the referendum questions on the City of Memphis’s November 6 ballot.  They are the referendum equivalent of a push poll.

While referendum language is often ridiculously and needlessly dense and legalistic, the wording of these referenda has been constructed in a diabolical way: to confuse and obfuscate in order to get the results that satisfy the politicians who had them written.

It’s also telling that whatever lawyer wrote them considered his client to be the politicians, rather than the people who elected them, and it’s equally telling that there apparently are no ethical rules for public attorneys who participate in these kinds of political ploys.

And that’s not even taking into account the anti-democratic impulses behind them.  After all, the intent is to reverse two city charter changes previously and overwhelmingly approved by voters at referenda: one setting a two-term limit for city elected officials and another approving Instant Runoff Voting (IRV).   The former passed with a 78% mandate and the latter passed by 71% endorsement.

Essentially, the referenda are the politicians’ equivalent of shopping for results until they get the ones you want.  Term limits became effective in 2011 and would begin to affect city elected officials in 2019, and IRV was scheduled to become effective then too.

The referendum question whose only objective is to stop IRV states:

Shall the Charter of the City of Memphis, Tennessee be amended to repeal Instant Runoff Voting and to restore the election procedure existing prior to the 2008 Amendment for all City offices, and expressly retaining the 1991 federal ruling for persons elected to the Memphis City Council single districts?”

Shall the Charter of the City of Memphis, Tennessee be amended to provide no person shall be eligible to hold or to be elected to the office of Mayor or Memphis City Council is any such person has served at any time more than three (3) consecutive four-year terms, except that service by persons elected or appointed to fill an unexpired four-year term shall not be counted as a full four-year term?

Just for good measure, a third referendum question is on the ballot:

Shall the Charter of the City of Memphis, Tennessee be amended to provide that in any municipal elected held as required by law, the candidate receiving the largest number of votes shall be declared the winner, thereby eliminating runoff elections?

While this may be the simplest referendum to understand, it’s not as easy to understand the political calculus that gave birth to it.  After all, with runoffs eliminated, it opens up the possibility of a white politician in a majority African American district.

But it is consistent with the others in the way that the thinking and vested interest of existing politicians are represented in the referendum rather than changes – such as IRV in the past – that bubbled up from the public.

“As Mark Twain once wrote, ‘It takes a heap of sense to write good nonsense.’

“No state law restricts ballot questions to be one sentence or requires them to be inordinately legalistic or written in some language other than plain English.

“Do you want to amend the city charter to:

“1. Repeal Instant Runoff Voting set to begin in the 2019 city election.  Yes or No.

“2. Increase term limits for mayor and city council members from 8 to 12 years.  Yes or No.

“3. Eliminate run-offs in all city elections.  Yes or No.”

Meanwhile, a Chancery Court lawsuit challenging the three charter changes did not achieve its goal of blocking them from the upcoming balloting on the grounds that the issue is not now “ripe” since they could be voted down and make the challenge moot.

It is likely that if they are approved, another lawsuit will be filed to set aside the results on the basis that they were misleading and confusing for voters.

Referring to term limits and IRV, Chancellor Jim Kyle asked attorneys for the plaintiffs: “Can’t the voters change their minds?”

But the former Tennessee Senator missed the point.  No voters were clamoring for the change.  It was a more accurately political gamesmanship by those who can put a referendum on the ballot in their own self-interest.

That said, if it does pass, it’s reasonable to expect that supporters of term limits and IRV can generate enough signatures to put the issues back on ballots in the future.

And so it can go for years.

Brokest Cities in U.S. (and Memphis Isn’t One of Them)