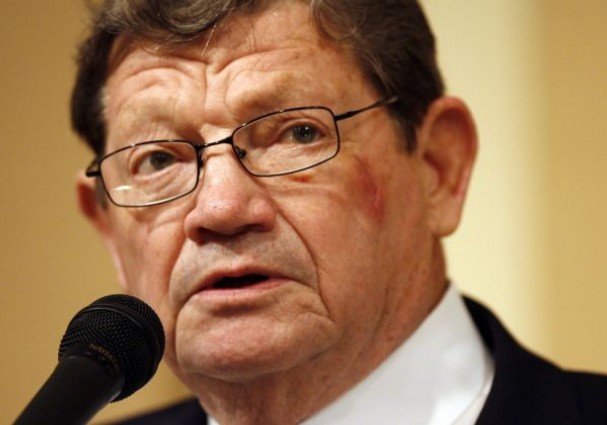 It sounds for some people like the beginning of a story that ends in a punch line: John Willingham and Buckminster Fuller were on a panel at the Massachusetts Institute of Technology.

Yes, it was that Buckminster Fuller – Renaissance man, systems theorist, philosopher, futurist, and inventor of the geodesic dome.

They were on the panel in the early 1970s when Willingham was a Nixon appointee overseeing a new program for the U.S. Department of Housing and Urban Development.  Already, he had received a patent for the “T Mobile Pre-Cast Concrete Molding Machine and Sub-systems,” a new building construction process.

During the MIT panel discussion, Willingham was asked about it.  As he explained the new construction method, Fuller scribbled the calculations, and when Willingham was through, Fuller said: “Johnnie, you’re not an engineer, are you?  If you had been an engineer, you would have known that you couldn’t do that.”

It’s an apt description of Willingham’s work in and outside of the political system.  When you don’t know something’s not supposed to work, it’s surprising what you can come up with.  As a Republican Shelby County commissioner, he was willing to touch the third rail of Republican dogma when he pushed for a new tax – a payroll tax.   – to reduce the overall tax burden for Shelby Countians.

Although his intent was to reduce the overall tax burden on Shelby Countians, his refusal to tow the line on Republican anti-tax dogma, not to mention his inherent independence, put a target on his back and truncated his political career.  The 10-year privilege tax would have been paid by every worker in Shelby County, but its real targets were the about 85,000 people drive into this county and earn approximately $3 billion a year.

His tax plan would have eliminated the county wheel tax, lowered the county property tax by 50-80 percent, and eliminated the local option sales tax (reducing the rate to 7 percent). Most taxpayers in Shelby County would have paid less as a result of the overhaul of the tax structure.  And yet, the political pushback on the idea was so persistent that few people in power every heard that the assumptions and projections were validated by economists at the University of Memphis.

Willingham is largely a footnote in local political history these days, but the out-of-the-box thinking continues, and once again, it challenges the conventional wisdom, not to mention science.

This time, he’s invented the Barge-mounted Portable Power Plant, and despite engineering formulas that said it wouldn’t work, it is now undergoing tests and in the process, it is rewriting the possible.  University of Memphis Department of Mechanical Engineer Chair John Hochstein, writing in his capacity as an individual researcher, said he plans to publish new research generated by the project.

“The research continues in the expectation that even higher levels of performance can be obtained from better understanding of the deceptively complicated physical interactions occurring within this seemingly simple machine,” he wrote.

His prediction is that each of the barges, with 48-foot diameter paddlewheels that harness the power of flowing water, will produce “more than 2.5 megawatts of power when moored in a flow with a velocity of 7.2 miles per hour, the measured water speed past the Memphis riverbluff in early spring, 2011.”  The estimated cost of a barge is $2.6 million.

“The river is free so there is no cost of fuel,” Willingham said.  “The carbon footprint is zero, and there is zero pollution.  It uses hydrokinetic, wind, and solar energies.”

While he thinks barge-mounted power plant production could be an emerging green industry for Memphis, what most propels his passion for the project is its potential impact in the Third World.  “Villages in Africa where children are living in really difficult situations could get electricity and it could change their whole lives,” he said.  “Also, it gives us a way to respond to natural disasters when electricity networks are down.”

So far, Willingham has received a lot of positive reactions about the project and now he’s looking for the political or business clout to move the tests from a scale model barge to a full-size barge and onto the local economic development agenda.

It’s hard to read the test results and the concepts without thinking of Fuller: It is amazing what you can do when you don’t know you’re not supposed to be able to do it.