Gunning for a Balanced Approach to Crimefighting 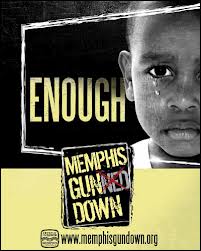 Listening to City Council discussions about more money for Memphis Police Department, we wonder if there’s an answer to the question: When exactly is enough enough?

Meanwhile, while a Memphis City Council committee was cutting funding last week for Memphis Gundown, we wondered: Why not invest more money to expand this highly effective program into more neighborhoods?

In the end, City Council gave MPD more money and cut the money for Gundown.

This pilot program in two areas of Memphis has proven success – Area 1 is in Frayser and Area 2 is in South Memphis.  From October, 2013, to October, 2014, the number of violent crimes involving a firearm was up 2.8% citywide.  Meanwhile, Gundown recorded decreases of 23.4% and 25.4% in its two focus areas.

More to the point, the program was established to focus on people under 24 years of age.  For that demographic, the decreases in crime have been 21.4% and 55.1% in the two focus areas.  That compares to a 5.9% decrease citywide.

Armed with these impressive results, Gundown requested $260,000 to expand and set up focus areas in Orange Mound and Mt. Moriah.  Incredulously, City Council cut that funding by $62,000, which was a troubling foreshadowing of how a mayor’s campaign in the coming year has the power to color all decisions, even those that for all intents and purposes appear logical and smart.

In the context of the upcoming mayor’s campaign, the questions at City Council weren’t about how to bring the program to other neighborhoods or about how soon Gundown can be brought to scale.  Rather, the questions were about how many guns had been taken off the streets although that’s not even the purpose of the program.

Councilman Harold Collins complained: “We’re paying for the program, but they can’t tell us the number of guns they have taken off the streets of Memphis.”  The stated purpose of the program is to reduce crimes committed with firearms.   More to the point, guns are legal, and with the National Rifle Association’s outsized power in the U.S. Congress and the Tennessee Legislature, common sense limitations are unlikely to be enacted.

Meanwhile, WREG-TV, in what is becoming a reflexive refusal to acknowledge that City of Memphis can do anything right when it comes to crime generally and youth crime specifically, interviewed a random citizen in Frayser – although Gundown is in a section of Frayser, not all of Frayser – who said he didn’t feel safer.  It was merely the latest example of the irrelevancy of these “man of the street” interviews taped to support the reporter’s slant on the story.

Much of the animus in City Hall stems from an “if Wharton is for it, I’m against it” approach by some opponents of the administration.  But there are Council members who aren’t thinking about running for mayor who complain that the program has been positioned as the mayor’s and point to a Gundown website that doesn’t even mention City Council although the mayor is prominently positioned.

Ultimately, that’s all inside baseball.  What should matter is doing whatever can be done to fight gun crimes in Memphis.  That’s why it was surprising that Mr. Collins pointed to 14 shootings in two days in Memphis, and the decision was to reduce funding for Gundown to expand into other areas.

We presume that we’ll all see more, not less, of this in the coming year, but hopefully, as so often happens in state and national politics, we won’t see personal political agendas being put ahead of what’s best for the public.

Gundown is based on a “best practice model” developed by Office of Juvenile Justice and Delinquency Prevention at U.S. Department of Justice, and it been proven to produce results in places across the country.  Its key objectives are suppression, community mobilization, youth opportunities, interventions, and organizational change and development, and each has multiple components, which are catalogued on a relatively basic website that is in need of information about the progress being made by Gundown.

Gundown is also embraced as part of the Community Outreach Policing (COP) program of MPD Director Toney Armstrong.  Two police teams are assigned to the focus areas, and they went door to door introducing themselves and working with the community to set priorities and identify strategies.

One of the priorities from the residents was that they wanted to take back Denver Park from the gangs linked to crime in the area, and as a result of this program, that was accomplished.  Multiple arrests were made and The Commercial Appeal chronicled the neighborhood celebration about the program’s success.

There was a move for more money for more commissioned officers for Memphis Police Department, whose budgets already are a quarter of a billion dollars a year.  Once again, Mr. Armstrong said that he needs 2,400 officers for MPD to provide a “full service” department.  The full services mantra continues despite efficiency studies that have concluded that it is inefficient and wasteful.

It is also misleading.  MPD isn’t delivering full service; in truth, it’s providing services that belong to other divisions or to civilian workers or aren’t required at all.  As a result, many of today’s functions make no sense budgetarily nor are they the smartest deployment of personnel.  Commissioned police officers answering animal calls, false burglary alarms, pranks between teenagers, minor traffic accidents, and more simply take police officers away from fighting crimes and community policing.

Then again, Memphis’s continued emphasis on suppression only is a one-trick pony when other cities have shown that a balanced approach with prevention and interventions bear the best results.  “Crime reduction requires a balance between investments in prevention and policing to achieve crime reduction based on research and cost-benefit analysis,” according to PFM, the consulting firm that wrote the five-year fiscal plan for City of Memphis.  “If the City chooses to continue its reliance on policing as its primary means of achieving crime reduction, it must find a way to pay for it – the current method is fiscally unsustainable…the City cannot afford the current level of police FTEs.”

A Journey Begins With The First Step

One thing is indisputable: there is no correlation between the size of a city’s police force and its crime rate.   In fact, some cities have actually reduced the size of its police department and crime rates dropped as much as twice as much as Memphis.

What all of this means to us is that we can’t keep doing the same and expecting different results.  Rather than continuing to plow more and more money into police budgets and more and more commissioned officers, it seems an appropriate time to broaden our attack on crime to include more interventions and prevention strategies.

The first step toward a different future is to create a police department focused singularly on fighting crime rather than on full services that have nothing to do with the crime rate.  The question about how to get from where we are to where we need to be begins with what a targeted service police department should look like, how much personnel it needs, and how much it would cost.