From USA Today, and here’s the link to the study:

Minneapolis,   where 94%  of residents live within a 10-minute  walk of a park, has the U.S.’  best park system, according to new rankings by a national non-profit conservation group.

“What’s interesting is on our Top 10 list, a number are older cities where they thought ahead and set aside land to build parks,” says Adrian Benepe,  senior vice president and director of city park development for the San Francisco-based  Trust for Public Land.

That’s certainly what happened in Minneapolis, says Jayne Miller,  superintendent  of the Minneapolis Park and Recreation Board.

“The system here is unique and far superior to any other park system in the country,” she says. “In the mid-1800s, civic leaders were very forward-thinking and visionary. They felt very strongly that our system needed to be independent (from the city government.)”

As an independent entity, Minneapolis’ park system draws funds from several sources, including property tax revenue, state bonding money and the regional Metropolitan Council.  It can even get funding directly from the state Legislature, which no other park system in Minnesota can do. Minneapolis has a parks  budget of just under $100 million and 472 full-time employees.

ParkScore rates on three factors: park access, which measures the percentage of residents living within about a half-mile of a park; park size, based on a city’s median park size and the percentage of total city area dedicated to parks; and services and investment, a combination of the number of playgrounds per 10,000  city residents and per capita  spending.

Minneapolis scored strongly in all three categories. New York has even better park access, with 96%  of residents living within a 10-minute walk of a park; it was hurt by its low median park size of just 1.06 acres compared to Minneapolis’ 6.51-acre  median.

One of the newest parks in Atlanta — whose park system ranks 31st,  tied with Tulsa  — is Historic Fourth Ward Park east of downtown. The park is anchoring the real estate recovery in that area, says Curt Soper  of the Trust for Public Land in Georgia.

“This was a difficult, challenging neighborhood, with abandoned industry, old buildings, some environmental hazards, and it was prone to flooding,” he says. Now, housing construction is abuzz on all sides of the new park. “People want to be near this park. Real estate is doing as well or better in this neighborhood as anywhere in Atlanta.” 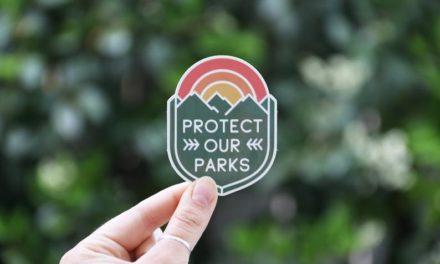