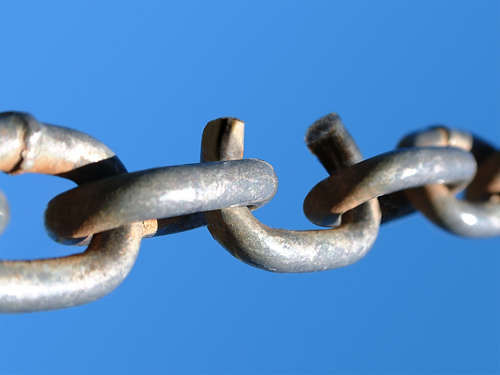 Although it’s not the most politically palatable talking point for elected officials, it is nevertheless inarguable that there is a point at which budget cuts and tax reductions become enemies of the government’s mission itself: to provide services that are needed by the public and in a way that ensure their maximum positive impact on the people they exist to serve.

Memphis has reached that point.  Many of the public services that matter most have degraded to a point where they are only fair and trending toward poor.

It restricts opportunities of all kinds, and it comes at a time when children living in concentrated poverty deserve every chance to escape, when Memphis is trying to attract and retain talent, when neighborhoods need services that poise them for economic growth, and when Memphis residents need more than civic pride to keep them here.

Al of this is why we support an increase in the Memphis sales tax rate, but it is also why we are concerned about a Memphis City Council ordinance that locks down this new $47 million in revenues for only two purposes.  One purpose carves out $27 million for the pre-K education, which has been proven to be the intervention that improves the odds for children’s success later in life. The second purpose is to reduce the City of Memphis tax rate by 20 cents, and because of the deteriorating condition of some city services, it’s this provision that concerns us.

First and foremost, we don’t think that the promise of a tax decrease will move votes for passage of the sales tax increase.  We think an “invest in Memphis” program would have more traction. Previous polls that we’ve seen indicate that tax cuts are the least persuasive factor for approval, and there are several reasons for this.

First, a 20 cent decrease is a 6.4% cut in the present $3.11 city property tax rate, which means that the property taxes on a $150,000 house would be reduced only by $1.44 a week.   Second, voters just don’t believe such pledges, and third, voters know that it’s as easy to raise the tax rates as it was to lower them.

We have high regard for Council members who believe that the future of Memphis hinges on significantly lower tax rates, presupposing that lower tax rates will attract more residents and more businesses inside the city limits.  However, we’re unaware of any definitive research that reaches this conclusion, but more to the point, in the past 32 years, only in five of those years was the tax rate lower than it is today.  In fact, in the so-called boom years of the 1980s and 1990s, the tax rate rose as high as $3.67.

In addition, it was only five years ago that the property tax rate was 32 cents higher than today, but there has been little spike in population and business growth to accompany the 9.3% decrease.  Come to think of it, we predict that in all of these five years, City Council members have received no more thank you letters than they can count on one hand from taxpayers expressing their appreciation for the property tax decreases.

Finally, the upcoming reappraisal will create an environment of chaos that will lead to cries of betrayal by voters who support a 20 cent tax increase only to find their tax rate increase an equal or larger amount that wipes it out.

Taxes Going Up by Law

All of that is turned upside down this year following years of property value declines.  The Shelby County assessor has not released information about the size of the drop in property values, but she has confirmed that it will go down.  Put simply, when values go up, the tax rate goes down, but this year, when values go down, the certified tax rate will have to go up although it will not result in more property tax revenues for Memphis.

In other words, if property values fall more than 6.4%, it will wipe out the 20 cents tax decrease now included in the city ordinance in support of the sales tax referendum.   It will undoubtedly give birth to charges of manipulation and political machinations that will once again produce negative attitudes toward city government that are undeserved.  Letters from the assessor’s office begin to go out in March and coming to grips with lower property values is surely to be a volatile topic in the upcoming budget hearings.

Back to our original point, rather than a 20 cent cut in property taxes if the increase in the local option sales tax passes, we think that City of Memphis should invest some of these new revenues into bringing city services up to a standard that more reflects a city that cares about itself.

Get the Basics Right

The truth is that the public isn’t asking for miracles.  Rather, they are looking for government to get the basics right, and these days, it’s hard to argue that the basics are not suffering.  Many city services – save police and fire – are underfunded and when compared to the per capita spending of peer cities, Memphis brings up the rear.

That’s true with community centers, libraries, parks, public transit, planning, public spaces, and more.   For too long, it has seemed that City of Memphis has never had a long-range plan to invest in its own services.  We wrote about this a couple of weeks ago in our post about the need for an “Investing in Our Future” campaign for Memphis.  These days, improvements to Memphis seem more tied to federal and state grants than to an assertive Memphis plan of action.

As a result, there is no sense that Memphis is implementing a well-thought-out list of strategies that when taken together give a sense (much less a reality) of a community that is improving and producing momentum.  Instead, we jump from one grant-funded project to another with no sense of a priority order that suggests we are building a city thoughtfully and strategically.  It’s precisely why we have to wait for 10 years for federal funding to improve Main Street so that it reflects positively on our city.  We do the same with transportation and public transit projects, riverfront projects, greening projects, and more.

There is no money for planners who can guide city government toward its future.  There is no money for a much-needed comprehensive plan for Memphis, the first in three decades. Budgets have been cut across the board for neighborhood-based services.  Science books in the library relied on my students don’t have the right number of planets in the solar system and are filled with out-of-date “facts.”  The condition of city buses drives away middle class riders.  City parks have declined from the years not too long ago when it was considered one of the best systems in the nation – as were libraries and community centers.

Cheapness Is No Philosophy for the Future

No longer.  Budgets for parks were sliced without adequate consideration of the implications for neighborhoods and their residents.  Library hours were cut 20%, which drove down usage by the same percentage, which in turn became the justification for more calls for budget cuts.  Community centers are ghosts of what they once were when children were given safe places.

As much as anything, all this sends the message once again that we are building our future on a shaky foundation of cheapness rather than on quality.  We are hard-pressed to find an example of a city that succeeds in the long-run by pursuing a cheapness philosophy.  We’ve said often that it is the message of cheapness that lies at the heart of our economic development policies (which now waive about $100 million in city and county property taxes) while cities like Nashville have relentlessly pursued strategies built on the quality of the city and its services.

The lessons are clear.  At a time when we need more talented workers, especially 25-34 year-old college-educated ones, the poor condition of our parks, our buses, our libraries, our planning, and more are branding Memphis, sending the clear message that we are a city moving in the wrong direction.

It creates yet more obstacles to our ability to attract and keep people who have choices and options.  To us, that’s a challenge that is a much higher priority for Memphis than its tax rate.

Inefficiency in Pursuit of Effficiency

That’s not even considering the fact that Memphis is a powerful magnet for suburbanites looking for something to do in their leisure time.

These days, cutting budgets is often a proxy for efficiency.  That’s no longer the case because more and more, it’s the budget cuts themselves that are causing inefficiency.  They have reduced funding that reduced (and even damaged) vital services, they have cut the workers who delivered the services themselves, and they have reduced access for the public to the very services that make a big difference in the lives of Memphians.

Here’s the thing: City of Memphis services matter.  But what matters most of all is that they are effective, accessible, and responsive, which is what a progressive, high-performing government is determined to deliver.

Questions and Answers about the Downtown TIF