The political world of late has been gripped not by speculation about who will run for president in 2016, but rather by the possibility that several states could change the way they allocate their electoral votes — a move that could significantly change how the nation elects its presidents.

Currently, every state but two — more on that in a moment — gives all of their electoral votes to the presidential candidate who wins the state. But in Pennsylvania and Virginia, Republican legislators have offered up bills that would switch their respective state to a system that allocates electoral votes to the winners of individual congressional districts. In addition, such leading party figures as Republican National Committee Chairman Reince Priebus and Wisconsin Gov. Scott Walker have publicly toyed with the idea of pursuing it in other states, according to the Milwaukee Journal Sentinel.

The idea began to gain currency in some GOP circles at the start of this year. However, the Republican governors of Michigan, Ohio and Wisconsin have recently expressed some skepticism about the plan, as have senior lawmakers in Florida. Even the efforts to change the system in Virginia and Pennsylvania seem to be losing momentum.

Still, with the idea floating around, it is as good a time as any to take a closer look at the proposal, with an eye to tuning out partisan consequences and focusing instead on whether such a change would represent a step toward good governance.

One of the reasons why the congressional district plan seems plausible is that it’s hardly a notion foreign to American presidential elections. States allocated their electoral votes this way in the nation’s early days, and currently two states — Maine and Nebraska — do it this way.

Another reason why the plan is attractive is that political experts in both states say that the unusual ground rules in Maine and Nebraska have had an effect on presidential campaign strategy — at least a modest one. Take Maine. Its 2nd district is more conservative, rural, older and more blue collar than the 1st district, a fact that has led recent GOP presidential candidates to court voters there. (As a bonus, any advertising in the Bangor market also reaches portions of New Hampshire, a more hotly contested battleground state.)

Still, the GOP efforts in Maine’s 2nd district have tended to be modest, possibly because advertising in the district also bleeds over into the more liberal 1st district, where it tends to energize the Democratic base, said former Maine Attorney General James Tierney.

Overall, in the 11 elections since the district system was enacted in Maine in 1972, the state has never ended up splitting its electoral votes. “It has affected strategy, although not in a huge way in any election,” said Mark D. Brewer, a University of Maine political scientist.

In Nebraska, the state has split its electoral vote only once in the five elections since the system was implemented in 1996. The one exception came in 2008, when Obama narrowly won the electoral vote from the 2nd congressional district, which includes most of the state’s minority and urban voters. Obama’s victory in the district, which was a surprise even to many political insiders, was aided by the campaign’s decision to station 10 paid campaign workers in the district.

In 2012, however, Obama failed to repeat the victory, due in part to changes in the district lines in the interim that favored the GOP. Now, the state’s nonpartisan, unicameral legislature may go a step further and abolish the district-based electoral college system altogether, said former Republican U.S. Rep. Hal Daub of Nebraska.

But political analysts say that enacting a district system would be substantially different in states like Virginia or Pennsylvania than in Maine and Nebraska.

Maine has four electoral votes and Nebraska has five, so the maximum impact of a split vote would be to shift one electoral vote. Such small changes would be dwarfed by the potential shift in even one of the swing states, much less all of them combined. Florida has 29 electoral votes, Pennsylvania has 20, Ohio has 18, Michigan has 16, Virginia has 13 and Wisconsin has 10.

In addition, Maine and Nebraska have sufficiently small and uniform populations, so it is hard to gerrymander them in a way that benefits the state’s weaker party. But each of the other six states is sufficiently big and diverse to provide a real incentive for partisan gerrymandering. It is a move that would seriously hamper good governance in a series of ways:

A district system increases the chance of an electoral “misfire”

A “misfire” happens when the electoral vote winner is different from the winner of the popular vote. Historically, this is a rarity — it happened in 1876, 1888 and most familiarly in 2000 (though Emory University political scientist Alan Abramowitz argues that the 2000 misfire may have had more to do with Florida’s flawed voting process than electoral-college problems, per se).

However, increasing the number of electoral votes allocated by congressional districts could increase the likelihood of such a thing happening significantly. This can be seen most easily by looking at how the the 2012 election might have played out. According to Abramowitz and other analysts, switching systems actually could have reversed the winner of the 2012 presidential race.

“Across the nation, [President] Obama defeated Mitt Romney by almost four percentage points and close to five million votes,” Abramowitz wrote. “However, based on the results that are currently available, we can estimate that Romney carried 228 House districts to only 207 for Obama. So despite Obama’s comfortable margin in the national popular vote, a system that awarded one electoral vote for each House district, plus two votes for the statewide winner, would have resulted in a Romney victory by 276 electoral votes to 262 electoral votes.”

That scenario refers to a situation in which every state awarded its electoral votes by congressional district. The impact would be smaller if just the six swing states listed above were to change their system — but it would still be a significant shift, thanks to the Republican-friendly lines drawn by GOP majorities after the 2010 Census. Obama won all six of these states in 2012, but according to Abramowitz, Romney would have carried 61 House districts in those states, compared to just 33 for Obama.

Many voters are mystified by the electoral college to begin with, comparing it unfavorably to the simple idea of choosing a president by popular vote. Relying more heavily on congressional districts would make the system even more byzantine, a change that risks turning off voters.

“I don’t see any good reason — beyond partisanship — to break up the electors by district,” said Yale political scientist David Mayhew. “It would just confuse everybody and destabilize the electoral environment.”

The system increases the likelihood of minor parties taking a few electoral votes, which in turn makes it more likely that the House of Representatives will have to pick the president

The current electoral college system is a bulwark of the two-party system. A two-party duopoly may or may not be a good thing, but having a strong two-party system does offer one procedural advantage given today’s electoral college rules: It increases the likelihood that one party will get a majority of the electoral vote, thus avoiding the election from being thrown into the House, a scenario that essentially removes rank-and-file voters from the presidential equation entirely. That’s because in the absence of an electoral vote majority, each state delegation in the House gets one vote to choose the president. This means, for instance, that California’s vote carries no more weight than Wyoming’s.

The electoral college system may have shortcomings, but over the long term, it has not consistently favored one party over the other

It’s easy to see why some Republicans might find changing the rules attractive: In the wake of Obama’s back-to-back wins, the Democrats seem to have a leg up in the electoral college, thanks to long-term demographic and partisan trends.

But over the longer term, such biases have come and gone. Each major party has had periods in which they were thought to have an “electoral college lock,” but that lock never lasted. Mayhew said the Democrats have enjoyed a slight statistical advantage in the electoral college nine times since 1945, while the GOP has had an edge eight times.

A final note: Though one wouldn’t know it from most of the recent news coverage, attempts to change the presidential system are not limited to Republican partisans.

For several years, electoral-reform activists have pursued a plan called the National Popular Vote. Under the proposal, a state’s electoral votes would be awarded to the presidential candidate receiving the most popular votes in all 50 states and the District of Columbia. It would take effect only when enacted by states possessing a majority of the 538 electoral votes. At root, it’s a way to institute popular election of the president without having to pass a constitutional amendment eliminating the electoral college, a course that would face stiff practical hurdles.

Like the proposal to allocate electoral votes by congressional district, the National Popular Vote plan has some aspects that seem to enhance democracy and some that do not. On the one hand, the proposal upholds the principle of electing the president by popular vote. On the other hand, if enacted, it would also hold out the possibility that an entire state — or many states — would end up casting all of their electoral votes for a candidate soundly rejected by their voters. A majority of Vermonters or Californians may have been happy to see such a plan help elect Al Gore over George W. Bush in 2000, but one suspects that many voters in those states wouldn’t be so happy to see their electoral votes enable a Chris Christie or a Bobby Jindal to win in 2016 if they garner a majority of the national popular vote but lose the electoral college tally.

The effort’s nonpartisan intentions aside, the National Popular Vote has so far attracted heavy Democratic support. It’s been enacted by eight states plus D.C., with a collective 132 electoral votes — about half way to the required 270 threshold. The only states that have passed it so far are solidly Democratic at the presidential level — California, D.C., Hawaii, Illinois, Maryland, Massachusetts, New Jersey, Vermont and Washington state. 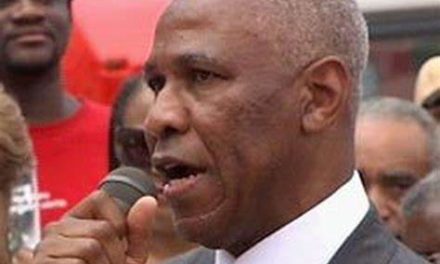