From Citiwire, by Neal Peirce:

It’s the most overt effort to rig elections for president of the United States that I’ve seen in a half century of analyzing and writing about our electoral college system.

Perhaps you’ve seen the news – the bids, recently mounted in Virginia and Pennsylvania and being widely discussed in Michigan, Ohio and Wisconsin, to cast all but two of a state’s electoral votes based on votes in individual congressional districts. Facing broad opposition, chances of the measures seem to be dwindling. But they’re markers of dangerous meddling with the already imperfect presidential election system.

Constitutionally, any state legislature can decide how to cast the state’s presidential elector votes. But note: The five states involved with this year’s maneuvers have turned “blue” presidentially – all were carried by President Obama in 2008 and again in 2012. But all were redistricted – critics charge “gerrymandered” – by Republican-controlled legislatures following the 2010 Census and the Republicans’ big win in mid-term elections.

The clear intent of the redistricting was to create as many Republican-leaning congressional districts as possible. Why else would Republican National Chairman Reince Priebus be urging presidentially “blue” states like Virginia and Pennsylvania to consider splitting their electoral votes by district – but not “red” Texas or Louisiana?

So what’s wrong with casting electoral votes by congressional district? The answer: It’s a system that automatically skews the results to the political right. And there’s a simple reason: Democratic voters – even short of gerrymandering – tend to be concentrated heavily in cities and older suburbs, while Republicans are spread out more territory, winning their seats by somewhat smaller margins.

What would have been the outcome if the district allocation idea had been in effect nationwide last year? Mitt Romney would have had 277 electoral votes to 261 for Obama. He’d be sitting in the White House today, even though he lost the popular vote by close to 5 million votes.

The reality: One or two states, by adopting a district system when other states don’t, can determine the presidency.

That’s precisely the fatal flaw of the American presidential election system that I highlighted in a 1968 book, The People’s President. There was nothing sacred about the electoral college system, I found: it was thrown together rather carelessly at the Constitutional Convention of 1787 – in times when slavery held sway, and women and unpropertied whites couldn’t even vote.

Yet even today, our ideas of democracy and equity far advanced, the essential fault remains: Whether one counts a state’s electoral votes as a block (as most states do), or by congressional districts, or a proportion of the popular vote, or blindfolded legislators drawing marbles from a bowl, there is no assurance that the candidate that most Americans vote to be president will actually become our chief executive.

Misfires – popular vote winners losing the presidency – occurred in the elections of 1824, 1876, 1888 and 2000. I also discovered strong evidence that more popular votes were cast for Richard Nixon than for John Kennedy in the 1960 election.

Sometimes population and electoral vote patterns favor one party over another. Currently, New York Times experts are saying, today’s state partisan alignments actually give Democrats a substantial electoral vote advantage in a close election. But history confirms: The pendulum (and chance of electoral misfire) keeps swinging back and forth between the parties.

What’s indisputable: The American people want this system abolished. A Gallup Poll taken Jan. 8-9 found 63 percent of us favor shifting to a direct popular vote system. Democrats, Republicans and independents – all voted overwhelmingly for a pure popular vote (as they have over 69 years of Gallup surveys on the topic).

Such a move would quickly end the current-day “swing state” phenomenon in which candidates ignore most of America. In the 1960 election, John Kennedy campaigned in 49 states, Richard Nixon in 50. But in 2012, Obama and Romney limited their appearances to just 10 “swing” states, and spent 95.7 percent of their television budgets in just nine states between April 11 and election day. The remaining 40 states, and their interests, were effectively ignored.

There’s a clear political way out – the “National Popular Vote” initiative, a compact among the states to cast their electoral votes for the popular vote winner nationwide (regardless of the outcome in their own state). So far the compact proposal – guaranteeing election of the popular vote winner, but bypassing the cumbersome process of a constitutional amendment – has been approved by legislatures of nine states which control, cumulatively, 132 electoral votes. That’s 49 percent of the total (270) needed to elect a president. When the total passes 50 percent, the compact will swing into effect.

Most of the approving states, at least so far, have been Democratic-controlled. But Republicans could benefit too: Their future presidential candidates would also be protected against “losing while winning.”

Ultimately, why should any American’s vote for president have more weight than any other citizen’s? I’ve been asking that question for 45 years – and have never heard a rational answer. 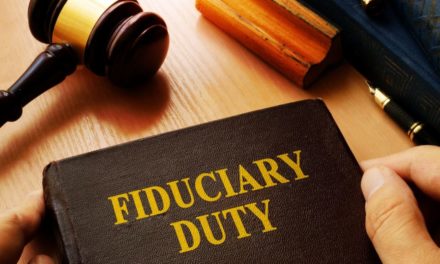