National Geographic Traveler  just published its list of the 20 must-see places in the world, and guess who’s on it: one of the world’s great, authentic places – Memphis. 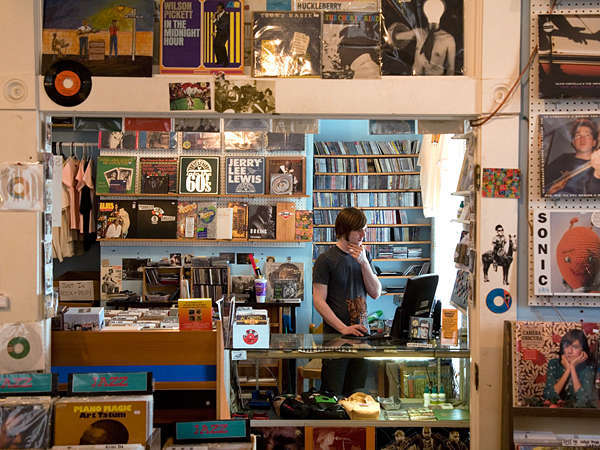 It’s easy to forget about Memphis, a mid-size American city wedged into the southwest corner of Tennessee. Our collective memory of Memphis seems frozen in the mid-20th century: Elvis and Graceland, B. B. King and Beale Street, Martin Luther King, Jr., and his “Mountaintop” speech—the last he’d give before his assassination on the balcony of Memphis’s Lorraine Motel in 1968.

Certain aspects of Memphis’s past stifled the city for decades, snuffing the spirits of residents and scaring away visitors. But there’s something newly electric in the air.

The Stax Museum of American Soul Music, located on the grounds of the famous Stax Records, is at the forefront of that revival. The museum, along with its Stax Music Academy and the Soulsville Charter School, celebrates its tenth anniversary in 2013 with concerts, parties, and Stax to the Max, a huge outdoor music festival. It’s far from a solo act.

All around Memphis, locals are pursuing grassroots projects more often associated with Brooklyn or the Bay Area. The nonprofit Project Green Fork has certified dozens of Memphis restaurants as sustainable, linking chefs with farmers and stimulating a vibrant local food community along the way. Running the culinary gamut from down-home Central BBQ to upscale Andrew Michael Italian Kitchen, the eateries are held to admirably high standards in sourcing and sustainability.

And there’s no better setting for a grassroots revival. Memphis claims one of the largest urban parks in the country: the 4,500-acre Shelby Farms Park, with 6.5 miles of urban trails and a working farm. The Office of Sustainability supports the city’s plans to expand the existing 35 miles of bike lanes to 85 miles and to build a greenway that will link Memphis with cities in Arkansas and Mississippi. “We get to innovate,” says city administrator Paul Young. It’s a fitting description for Memphis. —Julie Schwietert Collazo

When to Go: Memphis in May International Festival is a monthlong arts, culture, and culinary celebration that includes the Beale Street Music Festival (May 3-5, 2013) and the World Championship Barbecue Cooking Contest (May 16-18, 2013).

Where to Stay: The traditional Peabody Memphis and contemporary Madison Hotel offer easy access to Beale Street and other downtown landmarks. Visitors flock to the Peabody’s Grand Lobby at 11 a.m. and 5 p.m. daily to watch the hotel’s resident ducks take a dip in the lobby’s travertine fountain. The vibe is decidedly more subdued at the luxurious Madison with its intimate rooftop garden.

Where to Eat or Drink: Share a slab of Memphis-style ribs at Central BBQ. Order half wet (smoked with a secret blend of spices and BBQ sauce) and half dry (spices only) with a side of homemade potato chips.

What to Read Before You Go: The Firm (1991) or The Client (1993), by John Grisham. Both set mainly in Memphis, these legal thrillers evoke the sultry, soulful—and grittier—side of the Bluff City.

Fun Fact: Memphis-based Stax Records (named for the first two letters of founder Jim Stewart’s and his investor-sister Estelle Axton’s last names) cranked out more than 800 soul and R&B singles and close to 300 albums during the ’60s and ’70s.