Every successful movement is the result of hundreds and thousands of individuals motivated by a common aspiration.

That was certainly the case with the Memphis City Council approval this week of a policy to prevent discrimination based on sexual orientation.

And like most movements, this one too had the guiding inspiration by someone who leads with passion and inspires by example.  For us, it’s been Jonathan Cole.

With a sunny disposition and upbeat attitude, he is the antithesis of the animus and vitriol which is regularly directed at him and other members of the LGBT community.

“All LGBT want is what everyone else wants: to earn a living, provide for our family, and contribute to the community,” he said.  “We have the same needs: food on the table and to go through life with the one we love.  That’s the American Dream and we want part of it.  Our values are no different than anyone else.”

It is in emphasizing commonalities that Mr. Cole effectively cultivates allies to campaign for those who cannot freely be themselves. “LGBT people can’t fight this fight by themselves,” he said. “We need straight allies.”

Mr. Cole was reared in an accepting and supportive family, which spurs on his work.  “I would feel guilty if I’m not able to do this for others,” said Mr. Cole, who works in quality management at Memphis Mental Health Center.  “For someone black and gay and Latino and gay and living in poverty, there’s not a whole lot of wiggle room to live free.”

It was a “tortured career path” that led him out of Memphis and brought him back again.  He got a master’s degree in geology from Sewanee: The University of the South.  “I was thinking political science but took a geology class and I liked the outdoors as a Boy Scout.”

After graduation, he took a teaching assistantship at Colorado State and received his master’s degree in geology in 1996, later working for Chevron in Wyoming and Texas.  Returning to Memphis with the idea to teach, he found himself more drawn to social work and he took a job at Youth Villages. He earned a master’s degree in social work from University of Tennessee – Memphis in 2003.

“I love macro social work and enjoy community organizing,” he said.  “I started activism in the Episcopal Church as a member of Integrity and on the board locally for 10 years.  I decided that I had to get involved at the civic level.”  Integrity USA is the leading grassroots voice for the full inclusion of LGBT persons in the Episcopal Church and for equal access to its rites.

In 2006, he got involved with Memphis Gay and Lesbian Community Center to oppose the Tennessee amendment to deny gays and lesbians equal rights to marry, and through that work, he became active with the Tennessee Equality Project, the statewide, eight-year-old organization campaigning for passage and protection of fair and equal laws for LGBT.

He became the first chair of the local Tennessee Equality Project, and “started to look at ways to advance equality and became intent on passing the city ordinance” forbidding discrimination on the basis of sexual orientation or sexual identity.  It was then that Shelby County Commissioner Steve Mulroy suggested to him that county government should go first.  In the end, the board of commissioners passed the first such ordinance in Tennessee, albeit a watered down version that propelled the call for a city version that got it right.

Memphis: Worth Fighting For

Following Shelby County, Nashville/Davidson County Government passed an entire ordinance, and Knoxville showed them both up with the unanimous passage in the spring.  Meanwhile, Mr. Cole rose to leadership positions in Tennessee Equality Project and now serves as vice-president.

Listening to the venom by some speakers at Tuesday’s City Council meeting, it’s surprising that he would choose his hometown to make a change rather than moving to a more progressive place.  “I love Memphis,” he said.  “It’s the people that keep me here and draw me back here and it’s worth fighting for.”

A 1993 graduate of White Station High School, he knows about people moving away.  “Few of the students I graduated with are still here,” he said.  “Memphis experiences a brain drain.  It’s rare they come back.  I felt drawn to Memphis.”

People who fight against equal rights for the LGBT community are no surprise in a city that is part of the Bible Belt, but their arguments remain a mystery to him.  “They play the victim,” he said.  “’If we accept gays and lesbians in the workplace or allow them to marry, I’m hurt.’  I’ve yet for anyone to show me how.”  However, because of it, “people go to other cities where they don’t have to fight it and because they are not able to be as ‘out’ as they would like.”

As for Mr. Cole, he was married in Massachusetts to Paul Linxwiler in 2008.  They had been together for a decade by then, and they had previously had a religious ceremony at First Congregational Church attended by their families in 2001.

It’s obvious after a conversation with Mr. Cole that he’s right.  Listening to him describe his husband, his family, and his life, it’s clear that all he wants is the American Dream everyone else gets. 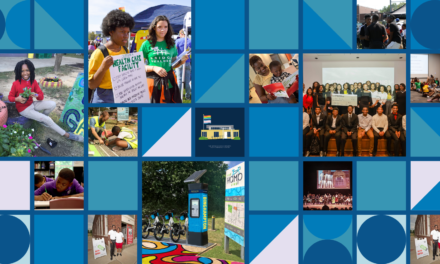 The Nashville Statement – Of Hate