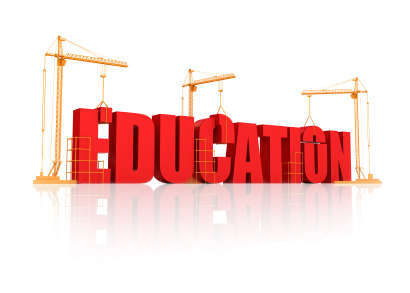 Just about the time we’re buying into the pervasive Memphis narrative of conflict and dysfunction, along comes the Transition Planning Commission.

There’s little argument that controversy and personality clashes make for good TV and newspaper headlines, but it’s worth remembering that they don’t necessarily represent the reality of Memphis.  Underneath the façade of the narrative driven by public sector frays, there is a current of good will and concern about the future of Memphis that more accurately reflects the defining characteristics of our community.

That’s the real lesson of the Transition Planning Commission, and for us, it’s just as profound as the recommendations for a unified school district.  That’s not to say that the work product of the TPC is nothing short of impressive in its ability to defy conventional wisdom and deliver a report that is one of the strongest documents ever produced by a citizen board in Memphis and Shelby County.

It hits all the right notes, identifies all the right levers for school reform, and promises to create the kind of culture change that is fundamental to serious, successful urban education.

We remain suspicious about the specter of the Norris-Todd brigade’s tendency to interfere whenever they want to force the process to their own narrow interests, and during the process, we had no patience for some member’s attention to the municipalities’ school obsessions, but that issue aside, the TPC report is nonetheless a roadmap to better schools that’s worth taking.

All of us who care deeply about the education of children whose options are now too often limited by the convergence of poor families and poor schools should take the time to read the report.  The Commercial Appeal reporter Michael Kelley has done a sterling job of covering the work of the TPC, and the following bullets are some of the salient points Mr. Kelley listed as key recommendations in his coverage:

■ Expanding pre-kindergarten by an additional 2,500 slots across the county to ensure access for all four-year-olds.

■ Making hiring by mutual consent whereby teachers and principals choose to work together.

■ Dismissing teachers and instructional leaders who cannot or will not improve.

■ Forming a student congress to identify and elevate student priorities with district staff.

■ Creating a business advisory board to advise the district on course development and business operations.

■ Pursuing a rigorous set of math and science courses throughout the system.

■ Prioritizing and protecting the arts curriculum.

■ Ensuring that each school has a formal parent organization such as PTA or PTO.

■ Focus on absenteeism, defined as unexcused absences of five days or more per year.

■ Focus interventions on students who are likely to drop out before graduation.

■ Close 21 schools to raise the utilization rate in southwest and northwest areas of Memphis.

■ Provide school security and safety with a mix of law enforcement officers and private security.

■ Reduce the size of the central office staff below its current combined MCS and SCS level that saves the district $8 million annually, or 15 percent below current spending.

To understand the context of these key points and how they are interlocking to create the high-quality district sought by the TPC, you should check out the Commission’s recommendations.

We know it’s the wonkiness in us, but what we like most about the 120-page, 172-recommendation report is that it is long on specifics and short on hyperbole.  Yes, there’s the occasional and obligatory use of “world-class,” but more to the point, there’s carefully stated justifications and an absence of overblown rhetoric.

There are of course concerns that each of us have.  We admire the TPC for spotlighting more pre-K opportunities for an added 2,500 students, but we wish that it had recommended immediate implementation; however, the members of the TPC appeared to stay grounded in the financial realities facing the new school system even as others lobbied for them to add bells and whistles to the plan that would likely be unaffordable.

We’ve written for seven years about the merits of a multi-district system, and in a large part, that is the core of the TPC’s Multiple Achievement Paths Model.  It not only allows for educational responses to specific parts of the county, it also drives a stake in the heart of the argument that the system is one huge monolith destined to be bureaucratic, inflexible, and rigid.

The report suggests the closing of 21 schools, and while this has been the third rail of school board politics, it is overdue.  There are elementary schools in Southwest Memphis within walking distance of each other that have much less than 50% capacity, and every dollar wasted on keeping one of these low capacity schools open is a dollar that can’t be spent on high-quality teaching.

School closings, financial improvements, outsourced transportation, and personnel systems were some of the operational and systemic efficiencies identified by the TPC, and while they appear logical and well thought-out, they pale by comparison to the educational philosophy and the path to executing it.

While the unified system is still a year away, much remains to be done.  First and foremost, it needs the approval of the Tennessee Department of Education and the Shelby County Board of Education.  Hopefully, this will not be taken as a signal for the games to begin and that approval will come promptly.