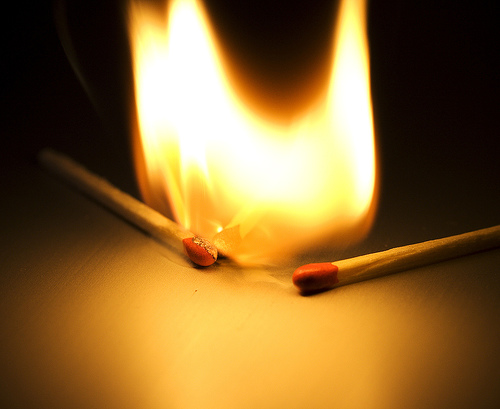 David Pickler is like the firebug who sets a fire and then returns while it is fully ablaze to criticize how the fire department is handling it.

These days, he has begun a campaign to rewrite the history of the school merger to fit his political needs in Germantown.

Lost in the op-ed column in the Memphis Flyer and other recent comments is the reality that he and other Germantown officials essentially created the monster that is now confronting them.

Whether it is irony or more like poetic justice, decisions of the old all-white Shelby County Schools board – decisions like the Germantown attendance zone decisions with its underlying racial motivations – created an environment of distrust and shaped the current issues about schools inside Germantown.

Today, Mr. Pickler, now a member of Shelby County Schools board, professes in his op-ed column to be incredulous that he has confronted antagonism from some city officials, but when it comes to cause and effect, he regularly misses the mark.   Although much of Germantown must battle amnesia when it comes to schools, the rest of us remember how Mr. Pickler’s hard-headed behavior and stubborn agenda as chairman of Shelby County Schools Board set in motion the changes he now laments.

It was not the movement of Memphians out of the city that created the “substantial animosity from urban leaders,” as he claims.  Rather, it was the fact that Shelby County Government was using Memphians’ taxes to subsidize new infrastructure that led to unsustainable sprawl and was using those same taxes to subsidize services to the smaller cities (including roads, emergency services, libraries, and public health)while Memphians were paying twice for many that it received (notably, public education).

In Mr. Pickler’s flawed syllogism, this “animosity” led to the “hostile takeover of the suburan school system” through Memphis’ surrender of its public school charter.  That is of course absurd but expected.  Often forgotten in the fictions that pass for history when it comes to public education, the present state of affairs followed 25 years of efforts by Memphians to eliminate their double taxation for education.

The surrender of the Memphis school charter was the culmination of continued acts of self-defense against Mr. Pickler’s push for Shelby County Schools to become a special school district and the shift of the Tennessee Legislature to include enough Tea Party types with their anti-Memphis attitudes to get that done – and more.

Voting Against Their Interests

Lost in Mr. Pickler’s revisionist history is the fact that if city residents were so infuriated with the municipalities, how was it that the proposed charter to consolidate city and county governments preserved and protected the dual school districts?

The chief irony of all is that if consolidation had passed in the suburbs, two school districts would have been institutionalized in the new metro government.  In other words, in their haste to defeat anything that smacked of a single city-county government, the town mayors and their voters squandered their best opportunity to have what they apparently most wanted – complete separation from Memphis City Schools and preservation of the old two-district arrangement.

Following the government consolidation vote, suburban elected officials at first thought talk of school charter surrender was only saber-rattling and that they possessed the power and the control (because of the willingness of sympathetic Republican state legislators to insert themselves in local school issues) and contempt for the city school board seethed just below the surface, and because of it, politicians outside Memphis totally misread the tea leaves.

They believed Memphis City Schools commissioners would never give up their elected offices and support charter surrender.  It was part and parcel of the same attitude that for years led Mr. Pickler to lobby the Legislature for a special school district with the assumption that there was little that city officials could do about it.

In this way, as some pundits have said, Mr. Pickler ultimately was the father of school merger by provoking the school referendum vote. It’s highly conceivable that if Mr. Pickler had toned down his rhetoric about a special school district and about freezing the boundaries of the two school districts that he would not find himself where he is today.

It was in the aftermath of the defeat of the merger by voters outside Memphis, as encouraged by their town officials, that city officials decided that they had to take action to control their own future – as well they should – because there was no other way to end the double taxation of Memphians although no other municipality in Shelby County was doing the same.

It was in this policy context – rather than in the emotional fit of pique as imagined by Mr. Pickler – that the idea blossomed to surrender the Memphis City Schools charter.  In other words, it was the pursuit of a fair and equitable tax policy as much as better schools that led to the charter surrender.

Mr. Pickler now describes this move by Memphians as “ill-conceived,” but the referendum by Memphians to give up the charter of their school district took place after multiple initiatives to find a middle ground where two districts would remain but with a single source of funding – Shelby County Government.

Within this context of being taxed twice and with the failure of several attempts to resolve this, the move by Memphis was nothing short of logical, if not courageous.

Shelby County Schools Superintendent Dorsey Hopson has acted credibly in his dealings with the municipalities, and he has earned confidence in his dealings with Germantown.  Mr. Pickler now asks him for the kind of special consideration that the old county school system refused to show the old city schools district.