“Dangerous City” Rankings Are A Crime 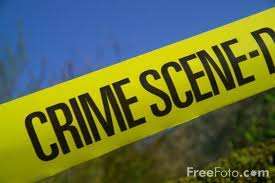 We know what the FBI says about its Uniform Crime Report – the crime data shouldn’t be used to compare cities.

We know what MPD says – every city reports crimes differently and we are more honest about our numbers than other cities.

We’ve all heard the explanations and the qualifiers, but it’s still disconcerting to see Memphis, despite five years of dramatic cuts in crime, listed a couple of weeks ago as #5 “most dangerous city.”

Down But Not Out

Since 2006, the Memphis Shelby Crime Commission reports that major violent crime is down by 22.8%.  The downward trend essentially leveled off in 2011 – violent crime did decrease, but it was only by 0.8%, damped down by a 24% spike in murder.

And yet, national news media reported that “in 2011, Memphis defied the national trend of declining crime rates in major U.S. cities. The rate of violent crimes per 1,000 people increased, from 15.4 to 15.8. This was the product of increases in murders, which rose from 89 to 117, and aggravated assault incidents, which rose by 100 cases.”

As is often the case, the crime data in Memphis doesn’t match perfectly with the FBI Uniform Crime Report.

The American Society of Criminology calls these rankings “invalid, damaging, and irresponsible…City crime rankings make no one safer, but they can harm the cities they tarnish and divert attention from the individual and community characteristics that elevate crime in all cities.”  The U.S. Conference of Mayors has denounced the rankings as a “premeditated statistical mugging of America‘s cities.”

On its website, the FBI cautions against using crime data to compare city violence because rankings tend to be simplistic and ignore factors that influence crime, as well as the different ways crimes are measured and reported in different cities. “Data users should not rank locales because there are many factors that cause the nature and type of crime to vary from place to place,” the FBI warns.

Despite all this, the FBI report had barely been issued before the comparisons between cities began, and Memphis was lumped with Flint, Detroit, St. Louis, and Oakland in the top five, which if anything else profoundly connects the dot between poverty and crime and why putting more boots on the street is not the only answer to combatting crime.

We still lean locally and nationally toward crime suppression programs and zero tolerance policies with mandatory sentencing and tough on crime laws when prevention and intervention need more emphasis and resources.  It’s encouraging that this conversation is taking place here seriously, because prisoner reentry, early childhood development, and ending the school-to-prison pipeline are crucial to the future of Memphis.

Since 1970, the U.S. prison population exploded from about 325,000 people to more than two million today. According to Michelle Alexander, author of The New Jim Crow: Mass Incarceration in the Age of Color Blindness, this is a phenomenon that cannot be explained by crime rates or drug use. According to Human Rights Watch (Punishment and Prejudice: Racial Disparities in the War on Drugs, 2000), although whites are more likely to violate drug laws than people of color, in some states black men have been admitted to prison on drug charges at rates 20 to 50 times greater than those of white men.

Once released, former prisoners are caught in a web of laws and regulations that make it difficult or impossible to secure jobs, education, housing, and public assistance—and often to vote or serve on juries. Ms. Alexander calls this permanent second-class citizenship a new form of segregation, and it’s impossible for us to argue with her.

As for the crime rate, as we have said frequently, the troubling problems of our community are not confined to the city limits of the City of Memphis.  Headlines have said that Memphis is #1 in crime, but it was an MSA and it driven by the fact that the suburbs are #3 in crime rate among their peers, according to the Brookings Institution, and it’s this high ranking that drive up our regional rankings. For example, West Memphis has one of the highest crime rates in the U.S.

That said, the #5 ranking hitting the headlines little over a week ago is about the city of Memphis only, and seems to make the point about the need for Memphis to have strategies that leap us ahead, because when we make incremental progress (whether it is in crime, economic growth, or education), we are ultimately running in place.  We are making strides in but so are other cities, so to change our relative position, we have to do more.

It’s The Same But Different

Criminologists have long decried rankings that call cities “safest” or “most dangerous” but they persist nonetheless, fed by the public’s insatiable love for lists, ratings, and rankings.  In the end, the FBI data is only useful in comparing specific city trends on a year-to-year basis, but as one of our really smart friends pointed out, that’s not always foolproof.  He wrote:  “Every city reports crime differently in UCR. We will see an increase in aggravated assaults this year because Tennessee legislature just changed the definition to include choking, the major form of assault in Domestic Violence cases.“

None of this is intended to diminish the serious impact of crime in some Memphis neighborhoods, where, as Memphis Mayor A C Wharton Jr. pointed out in his State of the City speech in January, children are taught where to hide when they hear gunfire.

If you need another measurement of crime that puts things into perspective, consider that Memphis has about 126 crimes per square mile.   Nashville has 141, Atlanta has 158, Chicago has 666, Newark has 534, Baltimore has 426, and Detroit has 468.

Maybe we’re just grasping for straws, but it suggests to us that when it comes to being dangerous, Memphis’ #5 ranking is smoke demanding much more light.