EPI had a tremendously productive week, releasing research on CEO pay and income inequality, the rough labor market 2012 graduates must navigate, the impact of state and local government job cuts on women and African Americans, and the challenges facing low-wage workers.

In CEO pay and the top 1%: How executive compensation and financial-sector pay have fueled income inequality, EPI President Lawrence Mishel and research assistant Natalie Sabadish find that CEO compensation has grown exponentially in recent decades, while worker compensation has been relatively stagnant. The report found:

While previewing data that will be further examined in the forthcoming 12th edition of The State of Working America, scheduled to be released this August, CEO pay and the top 1% is already drawing media attention to widening wage-growth disparities. Its findings were reported in outlets such as MSNBC.com, Los Angeles Times, Huffington Post, Daily Kos, and MSNBC’s Ed Show.

While the private sector has experienced some job growth since the Great Recession officially ended in 2009, the public sector has continued to shed jobs. In fact, in 2011, state and local governments experienced their worst job decline on record. The public-sector jobs crisis, by EPI experts David Cooper, Mary Gable, and Algernon Austin, finds that public-sector job losses have been particularly damaging for women and African Americans.

Some key findings include:

The future of work: Trends and challenges for low-wage workers

In The future of work: Trends and challenges for low-wage workers, EPI policy analyst Rebecca Thiess provides an overview of the jobs held by low-wage workers—disproportionately female, young, and minority—and analyzes how projected changes in job structure will affect them. In the next 10 years, it is unlikely that the composition of the jobs in the United States will shift to occupations with markedly higher pay, or to occupations that require significantly higher education or training levels than do those that exist today. In other words, there is no reason to expect that an upgrading of jobs will improve workers’ prospects. Full employment and higher compensation in the types of jobs that already exist are the necessary routes to economic prosperity, particularly for low-wage workers.

Reporters have already turned to Thiess’s paper to broaden the discussion of low worker wages and rising poverty.

EPI President Lawrence Mishel’s work on the growing gap between productivity and workers’ wages continues to influence the public debate, with reporting from the New York Times, BusinessWeek, Slate.com, and Talking Points Memo drawing upon his research. Click here to watch Krugman assess the current economic situation, explain what could and should be done, and field audience questions. 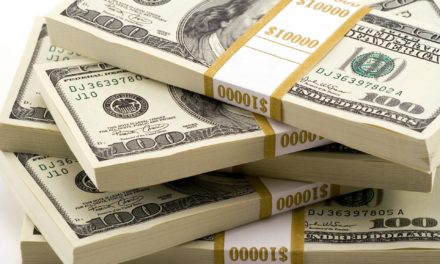