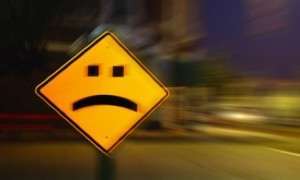 It seems like a good time to swear off the Memphis-Detroit comparisons once and for all.

They are a staple of online comments and the ultimate self-loathing putdowns.  Although Memphis has always had more in common with the gritty cities of the industrial Midwest than booming Sun Belt cities, it would take an awful lot to go wrong for Memphis to become Detroit South.

The new confidence and optimism flow from the elections of new mayors and the feeling that things are moving in the right direction, fueled by Electrolux and Mitsubishi recruitments, President Obama’s spotlight on the Booker T. Washington High School turnaround, and the Grizzlies’ play in the NBA playoffs.

While the national television commentary and Grizzlies’ comments regularly cast Memphis as a blue collar, if  not hard scrabble, city, the more accurate narrative these days is about a city where one person can make a difference, a city prepared to outwork its competition, and a city of second chances.

It’s easy for a city to develop a negative narrative – one about a city that is failing or floundering – and once the news media define it that way, it’s difficult to change.  Just ask Cleveland.  Or Pittsburgh.

That’s why it’s timely that Memphis is now changing a narrative that was shifting noticeably in the wrong direction.  The change is attracting new interest – from the Brookings Institution, National Endowment for the Arts, and the White House – and sending the message that something is happening in Memphis.

Pivoting to What Matters

It’s hard to remember when Memphis has received as much positive press as it did from the Grizzlies games and the Obama commencement speech.  It’s the best kind of public relations, because what Memphis needs to do isn’t just to tell its story better but to have a different story to tell.

None of this means that Memphians should be Pollyannish about the forces that ultimately will shape the future of the city: intractable poverty, shrinking numbers of middle class families and college-educated young people, sprawl, economic segregation, erratic public schools, and lethargic economic growth.  That’s why the real test of Memphis leadership is the ability to leverage the momentum and new enthusiasm to attack these nagging problems.

Detroit does in fact face similar threats.  They’re just deeper and wider, and they are unlikely to change, primarily because of a city government that is arguably the most dysfunctional and inefficient in the U.S.  Detroit chewed up time and money chasing the large-scale silver bullet projects that tempt so many cities looking for easy answers, and it did it as its neighborhoods emptied out – 500,000 people left in 30 years.

There are some signs of hope in Detroit but they rarely come out of City Hall.  Instead, they come from artists rebuilding neighborhoods, from eds and meds working together to revitalize their part of the city, and from incentives to bring 15,000 new students to Wayne State University over 15 years.  It’s a tall order considering that just in the past decade, Detroit has lost about 100,000 more people than New Orleans did after Hurricane Katrina – 237,500.

Many of the negative comments comparing Memphis to Detroit clearly spring from the fact that African-Americans are the majority here and control city politics.   The Detroit analogy is often invoked in criticisms of Memphis City Hall, but the numbers tell a totally different story.

While Detroit has only about 50,000 people more than Memphis, the budget of its city government is $3.0 billion, roughly five times larger than the Memphis city budget.  Detroit’s bonds are below investment grade, and Detroit has twice as many city employees – 13,100 city employees.  The nine Detroit City Council members have 88 employees and a budget of $13.4 million, compared to the 25 employees and the $1.6 million budget for Memphis’ 13 Council members.

As a result, it’s unsurprising that the property tax rate in Detroit is three times higher than Memphis, and when all taxes are totaled up, a family of three earning $50,000 in Detroit pays 11.4 percent of its earnings in taxes, compared to 5.9 percent in Memphis.

Detroit is in fact a cautionary tale for what can happen when a city isn’t paying attention to what matters.  Hopefully, that’ll be the biggest difference of all for Memphis.

Previously published as the monthly City Journal column in the July, 2011, edition of Memphis magazine.

Money in Politics: Where Is the Outrage?

Sorry, But Trump’s Election Is Personal