Aerotropolis needs more lift if it is to really take off.

So, why is the Memphis International Airport experience so lacking?

If you’re welcoming someone to Memphis for the first time, a big decision for us is to decide how to drive them downtown to their hotel without making them write our city off in the first 15 minutes here.

If you’re someone who’s recruiting a company to Memphis because of the easy access to the overnight air delivery company that invented modern world commerce, the airport environs do nothing to convince you that this is the FedEx of cities.

If you’re someone who’s entertaining an international visitor attracted by the resonance of Memphis, the reality of the airport area undercuts the message about our authenticity, our distinctiveness, and our pride.

If you’re someone who’s looking to invest in a logistics company, the dismal condition of Lamar Avenue sends the message that we are adept at talking the talk but walking the walk is something else altogether.

We wrote when Memphis International Airport rushed to brand itself as aerotropolis that there were risks.  If we’re going to invest our city’s most important economic asset into a buzzword brand, we have to be committed to making the aerotropolis happen.

The Greater Memphis Chamber has done as much as it can to move the project ahead, but implementation of a development project with equal parts economic development and community development really isn’t in its wheelhouse.  With no implied criticism of the Chamber intended, perhaps it’s time to move decisively out of the incubation and foundational stages and for aerotropolis to have its own nonprofit organization like our competition.  As the project moves past the incubation stage and into the execution stage, it should have its own home and its own structure of support and broad-based leadership that can move it on the top of the local economic agenda.

We are in a race.  We don’t own the aerotropolis concept, and other cities are taking decidedly decisive actions to get there ahead of us.  At times, it almost seems like we’re resting on our laurels as this hemisphere’s #1 cargo airport and as home to FedEx while other cities are buying up property, developing specific, measurable strategic plans, and putting together regional collaborations that are producing significant momentum.

As Memphis Mayor A C Wharton has said, Memphis has no margin for error and that it has to lever its unique assets for competitive advantage.  It’s hard to put anything ahead of the Memphis airport as an economic asset and that’s why a full-bodied aerotropolis plan that is more action than brand is vital.  It’s about more than the airport itself.  It’s about the area around it and making the highest and best use of the land and buildings.  It’s about the opportunity of the airport to be part of a true multi-modal center.

We do in fact have the four R-s – runway, rail, road, and river – but the success of aerotropolis rests in doing more than marketing them.  More to the point, it’s about delivering on the brand promise that Memphis International Airport set out when it labeled itself “America’s Aerotropolis.”  The Airport Authority describes it this way: “It is the only airport in North America considered to be an ‘aerotropolis,’ an airport-integrated region extending outward from the airport in strings and clusters of airport-linked businesses and their associate residential complexes.”

Even for a public body that engages in hyperbole (think: last week’s comments by the authority chairman about Memphis being “overserved” by Delta and implying that we should be grateful for the highest fares in the country) but in setting out aerotropolis as the airport’s brand, the airport authority set a high bar that we have to clear or build on our reputation as a city that doesn’t quite ever get its act together.

It’s time for us to be audacious, focused, and unyielding to ensure its position as world headquarters for FedEx. (Click here if you want to see how out-of-date our airport is.) If FedEx were an airport, it most surely wouldn’t be ours, and because of it, we should at least give as much thought and energy into considering how Memphis can have a more modern airport that meets the standards expected by today’s travelers.

In an industry where high ceilings, wide halls, and lots of natural light are common place, Memphis International Airport is just the opposite, and because of it, it fails to measure up.  Coupled with the way that the view of the noteworthy architecture of the airport has been blocked, it’s time to re-think the airport and what it would be if it were “the FedEx of U.S. airports.”

FedEx’s three-hub strategic plans should be reason enough for us to elevate our game and to make the most of the opportunity to establish an international platform without peer.  If we don’t, we may wake one day and find that Memphis International Airport is the home base for FedEx’s fleet in name only, because most of the plans have been moved to other airports and cities – think Indianapolis – that are actively engaged in creating the infrastructure – and the civic will – that portend a better future.

It’s time to quit patting ourselves on the back and scheduling media events and get down to the hard work of realizing the aerotropolis’ promise, because if we’re not willing to go all in, we should move on to other things with the honest realization that we have made the decision to move even farther down the bottom rungs of most economic indicators.

We need an economic development plan that fits a global strategy, and if we are unwilling to invest in the future of the Memphis region, how can we expect businesses to invest here?  If we are not willing to take a leap of faith about our future, there’s no reason anyone else will be optimistic about us.  If we don’t do something dramatic, we should learn to be content with the crumbs left on the table by other cities.

It was this make or break moment in the history of the Memphis region that heightens our concern about the MPO’s 2040 Long Range Transportation Plan, because if we continue our failure to understand that transportation and economic expansion are tightly interwoven and that sprawl is not economic growth, 2040 will be characterized by nothing as much as how irrelevant we have become in the highly competitive global economy.

And we will have no one to blame but ourselves.

Now What? Life After Amazon’s Rejection 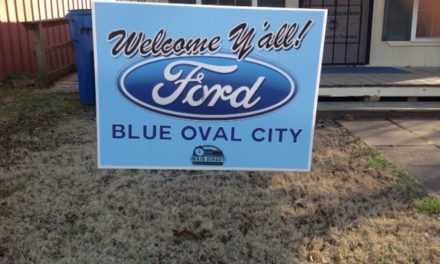 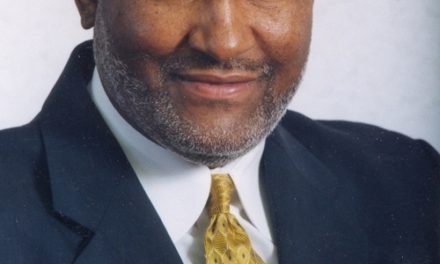