Are There Any Limits To EDGE Tax Breaks? 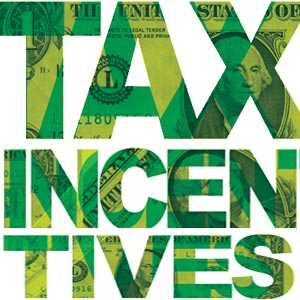 Every dollar unnecessarily given away for a tax freeze to a corporation or developer is a dollar that can’t be spent to educate children, to protect neighborhoods, to improve the health of seniors, to rebuild urban communities, to fill potholes, and to provide backbone services like parks, community centers, and libraries.

Ultimately, that’s why we have so little patience with the happy talk about PILOTs from  economic development and government officials, who act as if acknowledging that the tax holidays have long ago quit being incentives and are now entitlements and that they deserve serious recalibration is a sign of weakness.

There are 12 agencies in Shelby County that have the power to give tax holidays.  For most of them, the philosophy is clear and the tax freezes can be evaluated within their target purposes.  That’s definitely not the case when it comes to EDGE, which gets most of the publicity, because there is no compelling context for understanding who it waives taxes for.

It seems that on a monthly basis, EDGE expands its authority to approve yet another mystifying tax freeze.

One month, it’s the $1.7 million in taxes that a Mississippi bank won’t have to pay for a building at Poplar and Yates.  It’s already within EDGE’s Tax Increment Finance District (TIF) with its $42 million in incentives for the wealthiest business area of Memphis – East Memphis’ Poplar Corridor Business District along Poplar Avenue east and west of Interstate 240.

Then, it’s a $3.2 million tax freeze for Raymond James – $8 billion in annual revenues – so it can move from a downtown zip code to an East Memphis zip code.

Now, it’s considering a $21.5 million gift for a “senior living community” at a prime East Memphis location at Cherry Road and Haverhill Road, which means that EDGE is providing the equivalent of 22% of the total cost in the form of tax breaks.

The investment group was unusually candid in its application: “$9.5 million in extraordinary costs caused by neighborhood negotiation have diluted returns.”  This is hardly a problem that taxpayers should be asked to solve.

After all, there is not a more coveted location in Memphis for a senior living community than Cherry at Haverhill.  As the applicants acknowledges, their real purpose in asking for a tax freeze is because their profit is not as large as they would like.

Equity for the Public

It was reminiscent of a downtown developer who blurted out a few years ago, as he requested a tax break from the Center City Revenue Finance Corporation, that he needed it because it was his profit on the project.

Again, the question is whether this is an obligation of the public sector.

As Shelby County Mayor Lee Harris proposed when he was a City Council member, it is logical for taxpayers should take an equity position.  After all, in waiving about $80 million in city and county taxes a year through all of the agencies granting PILOTs, no one deserves more consideration than regular Memphians – whose services want for more funding but who also give up taxes twice – as Memphis and Shelby County taxpayers.

Or put another way, every time a PILOT is approved, about 70% of the total amount waived is provided by Memphis taxpayers, who in turn must then pay the lion’s share of services needed by the PILOT recipients.

More and more, EDGE appears to be morphing into an agency that will waive taxes for any large company that can fill out its forms and check the right boxes.

Apparently, until either government – who has the right to take back the authority of EDGE to grant PILOTs – tells the agency that it has expanded the definition of “economic development” to the breaking point since it now includes tax freezes – supporters say it is not money but it is a distinction without a difference – to companies who are just making the kinds of decisions that companies in other cities make every day on their own.

Tax freezes given unnecessarily not only deplete government coffers but feeds the perception held by some that elitist interests control and receive special financial benefits while neighborhood businesses receive much smaller incentives because they do not have equal influence.

When the PILOT program was created, it was never supposed to be like this.  There was a time when city and county mayors required the PILOT program to be more disciplined and strategically focused, and in at least one case, they refused to support a tax freeze for a Memphis business.

We are confident that for the senior living community, EDGE will reliably produce another of those perpetually positive economic impact analyses to support approval.  And yet, if approval or disapproval by EDGE is to rest simply on these reports, there’s no real need for its board.

Their responsibility should be to inject logic and common sense into the process, but that’s been in short supply as EDGE has added retail, apartments, hotels, and now apparently, even a senior citizens center to its growing list.

In its way, EDGE has become a special interest group, and like every special interest group, the formula for its economic impact studies are simple, predictable, and effective.  They purport to provide hard numbers on jobs, wage increases, and new taxes, which allow grand statements about how much a project will enhance the local economy.

But these are just projections with a fancy name.

There is no attention to opportunity costs.  That’s because economic activity uses resources that could be used for other purposes that could produce in more structural progress in improving the economy.  Any study that does not factor in opportunity costs is flawed and has been called the biggest mistake made by non-economists’ economic analyses.  A true assessment of economic impact should have to take this into consideration.

In other cities, such as Reno and Charlotte, newspapers have reported on the inflated economic impact studies there that were used to justify projects popular with politicians.  At the same time, these reports are treated as cost/benefit analyses by the news media although they are not.

And that’s not even mentioning multipliers, which are based on the idea that the initial spending will move through the economy beyond the project itself.  These multipliers can result in $1 spent on a project suddenly becoming $2, $3, and even more.

Because of these flaws, run-of-the-mill economic impact reports like the ones from EDGE are always going to positive.  Meanwhile, they tell nothing about the efficiency of the spending flows they purport to measure or about economic well-being or improved social welfare.

Private businesses like the ones subsidized by EDGE conduct cost/benefit analyses before making investments.  When taxes are being waived, it’s not unreasonable to expect for a public agency to do the same.

After all, for the present, incomplete information can be worse than no information at all.