When metropolitan regions across the country — and even around the world — look at metro Atlanta, they have reason to take note. We are home to the world’s busiest airport, one of the nation’s most extensive interstate systems, a large freight and logistics network, and have proximity to the major U.S. port of Savannah.But, like a successful corporation, metro Atlanta cannot afford to sit back. We must continue to stretch, as Mayor Kasim Reed stated recently. We’re at our best when we’re competing.

So when comparing our region to other successful regions of China, Japan, Germany and the United States, we do find one glaring factor that we can’t offer our residents and visitors — a seamless, unified transit network that offers efficient travel without a car.

That’s why in 2005 a group of elected and transit officials from around the Atlanta region formed the Transit Planning Board. In 2007, this group presented the region with Concept 3, an aspirational plan for expanded, coordinated transit in this metro region. The group also helped expand MARTA’s Breeze Card system to other public transportation systems, such as Cobb Community Transit and Gwinnett County Transit, a small but important first step toward a regional system.

Recently, the Regional Transit Committee of the Atlanta Regional Commission — formerly the TPB and chaired by Reed — drafted and unanimously embraced conceptual legislation that would create a regional governing body to bring continuity and efficiency to our current transit systems.

Gov. Nathan Deal has since stepped up to create a Transit Governance Task Force to develop state legislation on transit governance for the 2012 session. The ideal would be to have a new regional transit governance entity in place before the public votes on the regional transportation referendum in July 2012. We applaud the governor’s leadership in moving this issue forward.

Based on its six years of study, discussion and unanimous adoption of the Concept 3 Plan, ARC’s Regional Transit Committee has given three priorities to the governor’s Transit Governance Task Force that can help a transportation governance entity be most effective and meaningful to the Atlanta region:

● The newly created transit authority must be regional rather than statewide. This will allow it to deal more efficiently and effectively with regional issues.

● The new entity’s board of directors should be made up of a majority of local elected officials from the region.

● The voting power of a board member should be proportional to the population that each official represents and the financial contribution that member governments make to the entity.

As the Atlanta region grows by 3 million during the next 30 years, residents will expect a seamless transit system that efficiently delivers them to work or other destinations. A myriad of separate systems that are disconnected do not promise what is needed for our future.

Along with what it could mean to voters and transit riders here, a regional transit authority similar to those in the Chicago or Boston regions also could help our region compete more effectively for scarce federal transit dollars and other funding mechanisms.

Elected leaders and transit operators on the RTC all agree that solutions to the challenges of transit service, operations and funding are best achieved using a regional approach. Such an approach gives us a legitimate chance to move beyond our static system and begin to forge ahead in competition with the world’s greatest metro areas.

Tad Leithead is the chairman of the Atlanta Regional Commission. 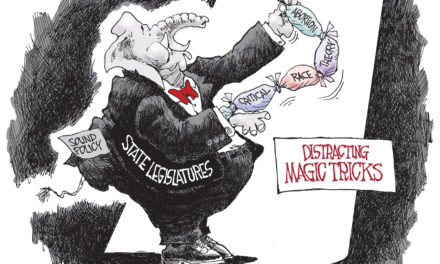 A Modest Proposal For Openness About Tax Freezes