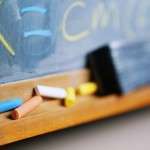 The decision by the unified Shelby County School Board to reject 17 charter applications as a group is a troubling indication that the group can’t walk and chew gum at the same time.

We’re not saying that charter schools are the magic answer to what ails schools, but we are saying that it’s hard to argue with their operating philosophy and principles.  More to the point, what we need in public education is more innovation, not less, and while nationally, the results of charter schools are mixed, here, the results prove that they are still worth pursuing.

As happens more often than not when educational decisions are being decided, most of the comments were about everything but the students.  They were about how many district employees might be laid off if more charter schools are approved and how much money would be diverted from traditional schools.

The superintendents said their concern stemmed from the fact that the 17 charter schools would have  2,000 students – little more than 0.2% of the total number of students – and that it would divert too much money to the charters – about 1.5% of the total budget.

And yet, Dr. Cash could say with a straight face: “When I looked at the data presented on this issue, it immediately became glaringly clear that Memphis City Schools cannot now and into the future withstand the financial impact to the district that this many charter schools being approved each year would have.”

But, this “all or nothing” approach to the charter school applications feels more driven by politics than anything else.  Every one could have done their jobs and evaluated each one carefully and fairly instead of acting like charters are the modern equivalent of an Old Testament plague.

Once again, the notion that parents’ interests should be paramount and that charters are public schools were neglected, if not essentially ignored, in the discussion.  That’s always been the case with the mathematical magic that Memphis City Schools has used for years to shortchange charter schools, who educate the same students as city schools but with less money (between 30-50% less per child a year).

If there is one belief that we supposedly hold above all others as citizens of the United States, it is this: all people are created equal. And yet, that’s not true for the students attending Memphis charter schools. They have been treated as second-class citizens for years by Memphis City Schools.

Charter schools are part of our city school district, and the legislative intent of the state law that allowed for the creation of Tennessee charter schools was that public school students – whether they attend traditional schools or charter schools – would have the same amount of public money spent for their education.

That is not the case.  It’s a cruel irony for parents of these charter school students.  Although they are determined to explore all opportunities for their children to succeed, including commuting some distances for their children’s schooling, they are penalized for their parenting when the city schools district doesn’t give their children an equal and fair share of the public money that pays for public education.

Put another way, charter school parents pay taxes to support education, but then their own children are short changed.

So, if the school board is opposed to charters, it has an obligation to spell out how it will create a new district that gives parents more options.  It would certainly be encouraging and a sign of progress if what parents want factored into school decisions here.  We continue to worry that the unified school board is rightly focused on the new district structure but so far, it doesn’t seem equally concentrating on how success is defined by better outcomes and not just in figuring out organizational issues.

Speaking of being unable to walk and chew gun at the same time, Germantown officials canceled a meeting to discuss expansion of their public library because of uncertainties about a potential municipal school district.  If the bedroom community moves ahead with its own district, it will do more than cancel meetings.  It will find itself canceling other quality of life investments as these expenditures fall victim to school costs.

Values But Not Family Ones

Germantown alderman Mark Billingsley rightfully said that more information is needed about the municipal school district, but his comment about the concern of his constituents sounded unfortunately familiar.  He said: “”They believe there’s a nexus between retaining high property values and having a high quality school system.”

It seems a more sophisticated sounding but familiar “there goes my neighborhood” comment.  We’re not saying that the concern by everyone in Germantown is race-based, but it does seem to be the fuel fanning some of the flames.  Concerns about property values have long been code words for concerns about black folks in white neighborhoods, even while it was the abandonment of the neighborhoods by white homeowners that undermined values.

It seems a morality tale for the rush to judgment on the municipal school district issue, and the cavalier dismissal of any other option that doesn’t cater to the isolationist tendencies of these towns and the property over people attitude.  The hiring of consultants to tell the cities what they want to hear is but another example of how it is all designed to drive information to an obviously predetermined goal.

That’s why suddenly after decades of being part of 50,000-student district and raising no concerns about its size, suburban officials have a newfound passion for much smaller districts and their contention that it is determinant in a student’s academic success.

Lost in the justifications is the fact that what happens out of the school house has more impact on academic success than what happens in it, and it’s why we believe that since socio-economic backgrounds of the students in the municipalities won’t change, the classroom results won’t change.  Size may matter, but it’s more about the size of schools than the size of districts, and possibly the size of classes.

The obsession on district size seems strangely timed with the possibility of a fully integrated – in every sense of the word – public education system in our county.  Because of it, a municipal district is likely to move ahead without the critical thinking and analysis that it deserves.