Before 2006 gets too distant in the rear view mirror, we offer our take on it in the form of good news, our bad news and news that’s still up in the air:

· PILOT Changes – City Council approved changes in the blindly generous tax freeze program to make it more accountable and targeted. Now, if only county government will take action before the consultants’ report recommending the program’s overhaul yellows much more.

· Record News in ED – The “new look” Memphis Regional Chamber of Commerce successfully sealed the deal that doubled the number of Fortune 500 companies and brought more national presence to Memphis in companies like NuCor Steel. Meanwhile, it’s exploring timely questions like Memphis’ potential as an aerotropolis.

· Unified Development Code – The reform of the local building code moves ahead with purpose, promising a day when the process could be more nonpolitical with developer influence removed from routine planning decisions. With indictments of two City Councilmen, never has an opportunity to remove political influence looked as appealing.

· Incentives for Films – Memphis and Shelby County Film Commissioner Linn Sitler proved that she could compete with the big boys, wrangling $5 million in incentives for film production from the Tennessee Legislature and besting the University of Tennessee – which had eyes on the funds – in the process.

· Broad Street Charrette – The Office of Planning and Development- organized workshops created a new vision for the once thriving neighborhood and offered hope for the renewal of others. Coupled with the rewriting of a modern building code and criticism of the lackadaisical law enforcement and prosecution regarding strip clubs, the year heralded a burst of leadership by OPD.

· Living Wage – City Council showed courage in requiring a living wage for city vendors and companies seeking city business. For a legislative body that rarely gets anything but criticism, it was a welcome dose of constituent services in a city grappling with the cruel realities of the working poor.

· Annexation Delay – Capping off a year when City Council reformed policies from the living wage to tax freezes, its members wisely delayed an ill-advised annexation that would have created a façade of progress by masking declining population and property tax base. It’s time to deal effectively with city problems before taking more area into a city that is already one of the largest in land area in the U.S.

· Conservation Easement – With a wave of new faces brought about by term limits, the Shelby County Board of Commissioners is still looking for its rhythm, but with this issue at least, it showed consensus and wisdom in approving a long-term conservation easement to protect Shelby Farms Park.

· New U.S. Attorney – David Kustoff’s appointment as the federal government’s lead prosecutor in Memphis set a new tone in the office, and his reputation for fair-handed, clear-eyed decisions extinguished the politics that occasionally surfaced and raised public credibility with recent public indictments.

· Spikes in Crime – Despite summits, rhetoric and reports, the violent crime rate in Memphis and the region shows no signs of relenting. All in all, there’s still the feeling that there’s no coherent, cohesive plan of action to attack a problem that is beginning to define Memphis nationally.

· Shelby County School Board – Unfortunately, the county district continues to exert too much prominence in a dual system where its needs should be dwarfed by the public priority set for Memphis City Schools. The county schools race-based decisions defy common sense, much less common decency.

· Digital Government – The absence of serious e-government and the digital shambles that pass for local government websites continue to be lost opportunities to make city and county governments more efficient, more transparent and more accountable.

· Lost in the Weeds – There is no structured public policy apparatus in local government to conduct research, identify practices that could have applications here or develop strategies to address emerging issues and trends.

· MPO is B-A-D – The arcane organization directing federal transportation projects and funding continues to waste opportunities to shift the emphasis from cars to people. It’s suburban-dominated decisions make the serious planning that is desperately needed here.

· Gay Pandering – The vote to define marriage as a union of man and woman once again gave Tennessee voters a chance to exorcise their worst demons and to waste money for a ballot initiative that will come to be seen for its narrow mindedness sooner rather than later.

Still Up In The Air

· School Funding Report – The latest report by the committee studying funding issues of city and county schools feels an awful lot like an discussion whose time has come and gone.

· Fairgrounds – Libertyland is gone, and hopefully, the Coliseum won’t be too far behind. The grand plans for the strategically important acreage are still unclear, but hopefully, they’ll come into focus this year, and it will be about New Urbanism, not new stadium.

· Riverfront – The Pyramid is dark and Beale Street Landing is still coming into focus, but the riverfront feels more like a movie set from the 1930s than the vibrant waterfront of a dynamic city. The RDC plans deserve a second look.

· Downtown Development – The residential market continues to flourish with little visible concern about market saturation, retail remains nonexistent, and the basics – cleanliness and safety – demand immediate attention so that reality catches up with the marketing.

· Indictments – The indictments of two City Council members don’t necessarily have to be bad. It could, as it did in Atlanta, usher in a new emphasis on ethics and transparency.

· Talent Strategies – Memphis has adopted the language of talent retention and attraction, and although it pioneered the research and the strategies involving the highly coveted 25-34 year-old demographic, Memphis lags behind other cities in developing a real plan.

· Finding Their Voice – The Democratic majority on the Shelby County Board of Commissioners seems to have wandered into the weeds on the issue of a second Juvenile Court judge, squandering a chance to put together the bipartisan cooperation that could make the legislative body the most influential elected body in this region.

· Bass Pro Shop – The much-vaunted savior for The Pyramid, the sports store extravaganza shows little signs of life without massive government subsidies like it has wrangled from other governments in other parts of the country.

· Airport – The renovation of the shopping/eating arcade is complete, but sooner or later, Memphis needs to deal with the question of what it can do to build an airport or renovate the one we have to make it more appealing and less claustrophobic.

This Week On Smart City: Going Green And Going Online

This Week On Smart City: Splitting Lives And Connecting Cities 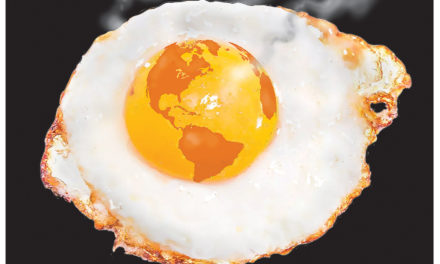 Another Pedestrian Mall Bites the Dust