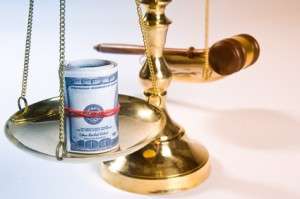 When the Millington county commissioners raised questions this week about the salaries and benefits of part-time assistant county attorneys, he was kicking over an anthill that’s been begging for the light of day for 17 years.  That’s when the newly elected Rout Administration set up the present system as the vehicle to deliver political plums for supportive lawyers.

But the rationale runs even deeper, because it was also motivated by the notion that by expanding the number of part-timers and paying them retainers, county government could “conflict out” almost every major firm in Memphis when people were looking for a lawyer to file a lawsuit against Shelby County.

There was a time when a former Shelby County Attorney boasted that he had one of the largest law firms in Memphis.  But even more important than removing worthy adversaries from the courtroom, county officials were also motivated by another fact: these firms and their lawyers are also n court but also major contributors.  In this way, it’s interesting to many in county government that the Shelby County Attorney General is investigating charges that while General Sessions Court Clerk Otis Jackson instructed his staff to cough up campaign donations, county fulltime and part-time attorneys have been doing it for decades.

There were even times in the mid-1990s when the attorney’s office set a quota for a campaign.  While this kind of overt political activity has waned, it’s a rare attorney on the public payroll who isn’t also a political contributor.  That’s the real basis for creation of a new perk-laden system in 1994.

Instead of hiring lawyers by contract as they were needed, county government set up a three-tiered system that paid assistant county attorneys retainers regardless of how many hours of work they did during a year (they were paid extra for courtroom appearances).  To top it off, as the ultimate political perk, the part-time attorneys – unlike other part-time county employees – were given health and pension benefits. These days, new Shelby County Attorney Kelly Rayne has brought discipline to the system with most of the part-timers now being paid at the lower salary levels.

She inherited a system that pays the highest retainer to a part-time attorney of $64,372.32 a year.  Fulltime assistant county attorneys, many of whom are accustomed to working much more than 40 hours a week, earn roughly from $80,000 to $94,000.

Salaries and fringe benefits for the 15 fulltime and 14 part-time assistant county attorneys are about $3 million a year.  In the coming year, the office estimates in its budget that it will have 300 new cases and 200 cases in litigation as well as writing 75 legal opinions or memos.

There are also about a dozen part-time attorneys in the offices of the divorce referee and the public defender.  They are paid about $48,000 a year and are not part of the county attorney’s budget.

Commissioner Roland said in committee meetings this week that the county attorney’s office has too many lawyers and criticized the practice of providing them with pension and other benefits.

On the first point, we have no idea if he is right or not, but it might be time to find out what the sizes of similarly sized counties’ legal staff are.  We think it’s a pretty safe bet that the counties that have part-time attorneys under retainer are few and far between, and we’re willing to up the ante that you can count the ones that provide part-time attorneys benefits can be counted on one hand.

We are perfectly willing to admit we are wrong, but it will require somebody doing some research.  With the swollen size of staff in the commissioners’ office that’s occurred in the past 15 years, surely there’s someone there who can accumulate this information for the board of commissioners.

In the end, it’s just hard from a policy and fiscal point of view to make a case that part-time employees should receive benefits.  More to the point, there seems no logic or fairness in one member of the same group – part-time employees – receiving special privileges (as these assistant county attorneys do).

A Bargain in Our Books

The betting in the county administration building is that Commissioner Roland, on a campaign about county legal costs will not let this go (mainly because they’re being incurred for defending the opinion of the commission majority which does not include him).

While he rails against payments to nationally prominent Leo Bearman Jr. – the lawyer’s lawyer – we don’t begrudge him his $510 an hour rate.  This is how good Mr. Bearman is: he’s worth it and more.  He’s the consummate professional with a national reputation, and if Shelby County Board of Commissioners was looking for the best (and why shouldn’t they), he is it.

Mr. Bearman, by the way, is paid by the hour and does not receive health and pension benefits.  In that regard, if you divide the part-time attorneys’ hours into the total of their yearly retainers and the costs of their benefits, it may be that Mr. Bearman is in truth the real bargain.

Can we remove all part-time attorneys from the retirement system? Even if they are vested? If vesting protects some of them from  removal, can we stop their accumulation of more creditable time?  I would like an amendment prepared for the retirement plan  resolution that would stop all part-time attorneys effective 7/1/2011 from being eligible for the county retirement system. If the vested attorneys cannot be removed from the system, then I will ask you to terminate them and allow them to reapply w/o retirement eligibility.  I would also like a separate resolution that would permit the assistant county attorneys to participate in our health plan IF they pay the employees and employers costs. 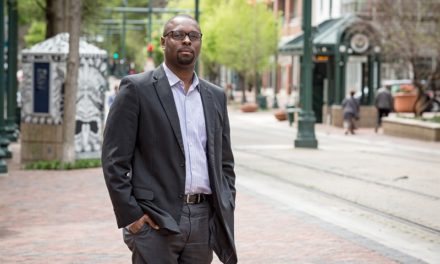