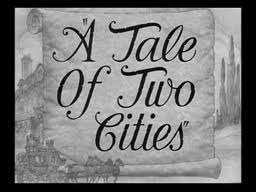 It’s a tale of two cities, and only a short drive is needed to come face-to-face with the telling.

In Nashville, the drive takes you to Williamson County, the 11th wealthiest county in the U.S., with a median family income that’s about $100,000. Four nearby counties shatter the $55,000 mark.

Here, things are different. The other counties in the Memphis metro do nothing to improve income and education levels, raising a red flag for companies evaluating the region for new operations and investments.

Shelby County is ranked 200th in median family income, and in its Metropolitan Statistical Area, only DeSoto County manages to eke out over $50,000.

Meanwhile, 19.2 percent of Shelby Countians do not have a high-school degree and 25.3 percent have at least 16 years of education. That compares to 26.3 percent and 12.4 percent respectively for the other metro counties.

It’s a troubling reality, particularly in light of a decade’s worth of talk – and little walk – about the importance of the region.

Five years have passed since the Memphis Regional Chamber released the Memphis Region Sourcebook, the product of more than two years of work and costing almost $500,000. Intended to give form to the Governors’ Alliance on Regional Excellence, the unique tri-state organization cheerleading the report, its 27 oversized pages of gripping graphics, key facts, an inventory of assets, and recommendations are artifacts of a flirtation with regional thinking.

That’s too bad, because the report went to great lengths to identify opportunities for the region to learn how to work together on issues every one should care about: air and water quality, farmland preservation, heritage tourism, transportation, and workforce development. It was always hoped that the experience on these issues would inspire confidence to tackle the really tough ones — think taxes.

More and more, some kind of regional tax pooling makes sense here. Without it, Memphis and Shelby County will inevitably be forced to take unilateral action like a payroll tax on the 88,000 people who commute into Shelby County.

Despite all conventional wisdom to the contrary, cities like Portland, Minneapolis, and Denver have actually used regional taxes as a way to unify their regions, and here, it could delight commuters by taking the payroll tax off the table as an option for city and county governments’ ailing finances.

The existing tax structure is outdated and unfair, treating each jurisdiction as if it’s self-contained and its interests are walled off from its neighbors. There’s no connection between who uses roads, arenas, and museums, and who pays for them.

With no rationality and no imperative for regional cooperation, multiple jurisdictions claw for more of a finite tax pie, as Collierville did in pursuing a huge shopping center to get the huge sales taxes that came with it, and in the process, fueling sprawl and commercial zoning designed to create optimal taxes, rather than the optimal community.

In Minneapolis, where the suburbs subsidized the central cities 30 years ago, that situation was reversed when older suburbs were in decline and needed help. Governments put 40 percent of the growth of their commercial and industrial property tax base into a regional pool, and from it, several hundred million dollars a year are redistributed on regionwide priorities like public transit and light rail, parkland, water quality, and smart growth.

In Portland, a three-county, 24-city regional agency makes land use and trans-portation decisions and helps pay for regional services like the convention center, performing arts center, stadium, exposition center, and regional parks. In Denver, seven counties and 31 cities agreed to a regionwide sales tax to pay for light rail.

The Mid-South has the muscle to get it done. The Sourcebook called for creation of the Regional Congressional Caucus, which would take advantage of the Mid-South’s six U.S. senators and six congressmen inside the Beltway, and the Mid-South Legislative Caucus to fight for shared priorities in the capitals of Tennessee, Arkansas, and Mississippi.

Challenges to the Memphis region are no respecters of state or county lines — an aging workforce, too few 25- to 34-year-old workers, low educational attainment, racial divisions, and unsustainable sprawl. Sadly, there’s a sense in the region outside Memphis that if the future of the city is about a middle-class exodus, entrenched poverty, and hollowed out, deteriorating neighborhoods, that is Memphis’ problem, not theirs.

It’s what psychiatrists call “magical thinking” with little connection to reality. There’s nothing magical about the fact that regions are the competitive units for the new economy, and without a stronger regional platform, any economic growth plans for any part of the region are in jeopardy before they even begin.

But it’s often forgotten here that there is no strong regional platform without an equally strong urban core. Too often, regionalism ends up being an olive branch held out by the largest city to the rest of the region, but sadly, it is often unreciprocated. The region can talk the talk of regionalism, but there’s little change in behavior (think North Mississippi’s recruitment of Memphis companies across the state line and the sprawl-inducing I-269 interstate).

This was previously posted in 2009.

Voting No On Big Government And Yes On Better Elections

And Whose Opinion Counts?