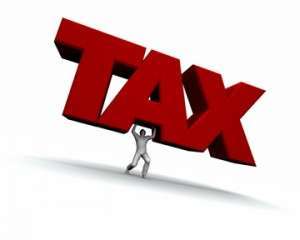 This is the second post about the issue of Memphis tax inequity.  The first part was published in the previous post.

Effectively addressing the serious issues facing Memphis is complicated by the absence of a coherent philosophy of public financing.  Perhaps, it’s finally time for a fiscal equity study that becomes the blueprint for a taxing philosophy for our community that is sound, equitable, and logical.

In Shelby County, population movement has resulted in shifting revenue and expenditure patterns, and because of this, the questions that need definitive answers are:

3) What is the most equitable philosophy of funding public services?

At the heart of the problem is the lack of coherency in county tax policies. Shelby County’s rationale for service delivery is – and has been for 20 years – schizophrenic and confusing to the people who pay its costs. For example, county government delivers some services countywide, such as public health and criminal justice.

Getting the Questions Right

In other words, the current system lacks consistency and congruity. As a result, what is at issue is the fiscal equity achieved by the type, the quantity, and the location of county services. To determine what is fiscally equitable, an analysis is needed to answer two questions:

1) Are municipal and non-municipal taxpayers receiving their fair shares of existing county and municipal services?

2) What levels of service delivery to incorporated and unincorporated areas should Shelby County assume in order to best serve its citizens?

At the end of this process, for the first time in history, there could be a rational framework for what is municipal and what is regional (county). In turn, what is considered regional should be moved to the county tax base. Everything else should be left for individual cities to fund.

A fiscal equity program would likely shift many services that are now considered Memphis services to the regional tax base (Shelby County’s), and in this way, a major goal for this community would be accomplished — to lower the city’s tax rate to be more commensurate with the other municipalities of Shelby County.

That seems only fair.

And while we’re asking, we’d like to consider how the answers to these questions factor into a coherent tax policy:

– the proportion of the county tax base, for the past 20 years, that is within Memphis city limits and within the city’s annexation reserve area.

– the proportion of the county tax base that is paid by Memphis taxpayers from all residential, commercial and industrial sources

– the amount of county tax dollars that was spent over the past 20 years on capital projects supporting suburban development in the area outside of Memphis, including money spent on roads, schools, drainage, paving, traffic signals, parks, landfills, etc.

Better Data– the proportion of the operating budget and capital budget of Shelby County spent in the past 20 years on the expansion of the sheriff’s department to serve the suburbs, ambulance service to some towns and unincorporated Shelby County, fire services, etc.

In 2001, the so-called “tiny town” controversy gave our community its best chance for addressing the tax inequities implicit in the current tax system. Being negotiated at that time was a proposal to move libraries, museums, economic development agencies, most joint agencies and more to the county’s tax base. Regrettably, the political pressure eased up, and the agreement was never consummated.

That does not mean that it is any less needed.

Continuing The Discussion About Economic Advantage

Signs Of Life In Downtown Detroit