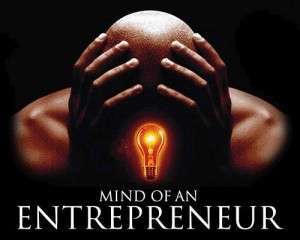 Economic development in our community – in the midst of a 40,000 job loss streak – isn’t as much a question of who’s running things or how it’s structured as getting the priorities right.

And it’s clear that these should be start-ups and entrepreneurs.

We applaud Memphis Mayor A C Wharton for showing our major employers more love.  God knows, in the past eight years, they’ve gotten nothing but slaps and inattention from city government.  Even worse, they have at times been labeled the enemy of City Hall and conspirators in the Willie W. Herenton soap operas.

Not too long ago, Mayor Wharton traveled to New York to meet with the head of Sharp Electronics Corporation, and based on our experience with international companies that place such stock on these kinds of gestures, it was a really smart move.  In an age when companies can move on the basis of opinions about local government or a city, the personal touch is always a good thing.  We also know that he continues to visit with the major Memphis companies who haven’t seen a city mayor since the last century.

That said, we hope Mayor Wharton will tell his economic development officials to give him a serious plan of action to create more entrepreneurs, particularly African-American ones, because that’s where jobs growth is coming from, not from corporate giants or the recruiting of big companies to Memphis.

That’s more like lightning striking.  We may get a major relocation every 15 years or so, but the real business expansion opportunities and new jobs growth can originate on our own streets from our own entrepreneurs.  For a city with a rich history of entrepreneurship, it’s always disappointing that we give entrepreneurs so much lip service and so little attention and resources.

Here’s the factoid to remember: 100% of net job growth in the U.S. over the past 20 years can be attributed to companies that are less than five years old.

Just as companies like Nike and Microsoft – and FedEx and Autozone closer to home – flowed from the entrepreneurial minds of hometown boys, there are people in Memphis with the potential to do the same.   That’s why we get excited hearing about the work and the ethos behind Launch Memphis.  It’s also why we get excited when we hear young African-American professionals who are determined for Memphis to create a “real” program for development of their companies.

The truth is that we need to shed the patronizing attitude that often accompanies discussions of both, because the days of our collectively patting these young people on their heads and telling them we appreciate them are over.  They deserve better, and best of all, they are demanding better.

All of our companies need to quit acting as if minority business development is the equivalent of corporate social work.  Rather, it is in the economic self-interest of the corporations themselves.  These businesses are fundamental to our economic progress because they represent our single greatest opportunity for significant economic payback.  More to the point, it’s about more money in everybody’s cash registers.

We didn’t agree with the Wharton-backed and Council-approved thawing of tax freezes a few months ago, and we consider the economic impact statements justifying our city’s overdependence on tax waivers thin on their best days and misleading on their worst.  Most of all, we long for a day when government and economic development types quit defining success by how many tax freezes we approve, but how few we have to approve because we’ve created a quality proposition in Memphis that companies want.

Putting our Money Where It Matters Most

And yet, while we’re waiving $60 million or so in taxes to city and county governments for companies whose revenues are several hundred billions of dollars, the quiet soldiers of our economy – our entrepreneurs and start-ups – get no incentives and precious little direct help.

It’s been said before, and we’ll say it again, we’ve got to have more venture capital.  So often, there are great ideas dying in Memphis for lack of tens of thousands of dollars while we chase $20 million projects. We know that three-fourths of new start-ups are financed by the entrepreneurs themselves, but we also know that companies financed with this venture funds do better overall.

So, who is charged with exploring ways to leverage public pension funds and endowments to create venture funds for our entrepreneurs?  Are there ways we can sharpen our focus at our universities to prod and prick entrepreneurial ideas?

How do we attract more investment from outside our region?  What is our competitive position?  How do we create an environment where innovators meet and spawn new ideas?  Can we set up our own equivalent of the X Prize?  How can we use crowdsourcing to establish ourselves as a city of innovators and entrepreneurs?

Entrepreneurs in the Midwest and the South are already leaving for universities that respect risk-taking experiments and with connections to nearby venture funds.  And resting in the bottom rungs of the largest 51 metro in terms in terms of patent applications, it’s hard for us to get attention for our heritage when the reality of the present is so obvious.

In other words, we’re past the time for telling entrepreneurs and African-American start-ups how important they are for us.  It’s time to develop a concrete, measurable plan that’s created by the people it’s supposed to serve.  Anyone who’s talked to young African-American professionals in Memphis can easily attest to the fact that we have the smarts here to do some exciting things, but right now, the message that we send is that you are important to us and we’ll cheer you on as you push that boulder up the hill.

As Ed Glaeser, Harvard University economics professor and Director of the Taubman Center for State and Local Government, said recently to Leadership Memphis, the smartest thing that a city can do is to find, develop, and attract smart people and get out of the way.

“An abundance of small entrepreneurial firms rather than two or three large companies is a greater predictor of a city’s economic success,” Dr. Glaeser said.  “Manufacturing is best left to large suburban enterprises with cheap space.  Cities are at their best with idea intensive firms with smart people. Placing bets on small entrepreneurs and smart people is much smarter than big headlines on big companies with expensive tax breaks.”

Our friend, Portland economist Joe Cortright added:  “What you tend to see in economic development is that it is very much faddish.  Every one wants to be a Silicon Valley.  Then e-commerce.  Now everyone wants to be biotech.  But not everyone can be an expert in everything.  Following the fad is not good enough, because Memphis needs to build on its distinctiveness.  Focus on the basics and weave distinctiveness into it and be honest about your strengths and weaknesses. “

A pitfall in economic development circles is that there is a tendency to believe their own boosterism, he said.  “They believe their own ads when they need to be ruthlessly honest with themselves.”  Echoing the words of Dr. Glaeser, he said smart economic development strategy focuses on entrepreneurs.  “What is your entrepreneurial tradition and what are the stories you can tell?” he said.  “But resist the urge to just say, ‘me too.’”

It’s pretty obvious to us where that is.

A Bunker Mentality On County Finances