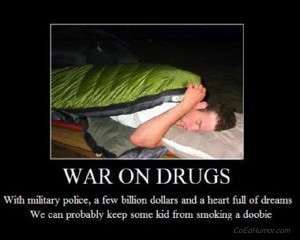 Putting Eric Gales in jail again for drugs makes about as much sense as asking Glenn Beck to teach a class in logic. They should be putting him in South Florida Drug Rehab, to get the help he needs.

It’s simply time for us to act smarter, and it begins by decriminalizing addiction for people like Mr. Gales.  It is clear that he is an exceptional  guitarist and clearer still that he is fighting a demon, and because of it, jail is a lame substitute for treatment.

Three months after completing a three-year sentence on a drug charge, he was arrested on Beale Street after the dreaded smell of reefer madness hung in the air and he was slow to move his car.  Police found a bottle of pills in his pocket and two small bags of cocaine and Xanax bars.

Of course, the police, as they are prone, said the cocaine and Xanax bars were obviously for resale.

We’re sure that before it’s over Mr. Gales will be treated by the attorney general’s office as if he’s a drug kingpin and not just a musician with a bad habit.  We’re past the point of expecting a dose of rationality in drug charges and prosecutions, but wouldn’t it make a lot more sense – not to mention save a lot of tax money – to get Mr. Gales the help he needs?

Come to think of it, isn’t it about time to come up with an “exit strategy” for the war on drugs?

If it is possible for the Wharton Administration and Memphis Police Department wisely to decide to issue more summonses for juveniles accused of minor offenses, let’s try showing equal  judgment about drug charges.  As for the juvenile summonses, researchers have said that if we want reduce criminal offenders, the first step is to keep teenagers out of the juvenile justice system in the first place.

As Memphis Mayor AC Wharton rightly said, the “introduction into Juvenile Court often makes the situation worse.”   The new policy about juveniles extends the police officer’s discretion on whether to arrest juveniles.   It would be just as wise to apply the same approach to drug charges.   When King County (Seattle) did it, it reduced jail population by 25% with no attendant outbreak in drug crimes.

The progress in King County didn’t come from politicians, who are petrified of looking soft on crime.  Instead, it came from the bar association there, which said it wanted to undercut the violent, illegal markets that spawn disease, crime, corruption, mayhem and death and to find wiser uses for scarce public resources.

Our country’s heavy-handed drug eradication campaigns in Columbia are just about as successful in our military ventures in the Middle East.  The truth is that after decades and hundreds of billions of dollars fighting drugs, we’re no closer to eradicating them than we were when we started.  Perhaps, just perhaps, we should consider a different approach.  Harsh punishment for minor drug crimes is packing jails and running up public costs.

This year, governments will spend about $110 billion on the “war” on drugs, and it has been reported that about half are for marijuana charges at a time when cannabis is seeing wide use and growing tolerance.  Nationwide support for legalizing marijuana is 44%, up 8% since 2005.

Already, signs of a breakthrough in thinking are being seen, notably in California where voters will decide later this year if it should be legal for any Californian 21 years or older to grow or use marijuana.  There would be no need to show medical need, and cannabis would be taxed with projections that it can produce billions of dollars in new taxes.

The California State Conference of the NAACP has issued an “unconditional endorsement” of the legalization initiative. Alice Huffman, the group’s president, attacked the current marijuana laws as a de facto way to criminalize young black men, citing a Drug Policy Alliance report showing that while total marijuana arrests in California spiraled from 20,000 in 1990 to 60,000 in 2008, arrests for “youth of color” rose four times faster.

Federal surveys have consistently shown that young whites are more likely to use marijuana than young blacks. But in every one of California’s largest 25 urban counties, arrests of African-Americans for possessing marijuana exceed those for whites. In Los Angeles County, African-Americans are 10 percent of the population but account for 30 percent of marijuana arrests.

In the years since President Richard Nixon declared “war on drugs,” 38 million people have been arrested, most for simple possession.  In many of those years, the financial costs were jarring, but in light of the way that the Taliban protects poppy farmers to produce profits to plow back into terrorist campaigns against the U.S., it also makes little sense in terms of national security.

To underscore the illogic of the anti-drug campaign, for about $600 million, we could pay Afghan farmers the same price that the drug lords and the Taliban do.  It would be a fraction of the price that we’re spending on our drug eradication program there.  Isn’t it possible that we could be humanitarian and smart at the same time?

In this way, the complexity of our world is shown in the connection of Mr. Gales in Memphis to farmers tending poppy fields in the Afghan countryside as symbols of a failed war on drugs that continues to consume money that could otherwise be spent on services or to cut costs of government.

Meanwhile, Mr. Gales faces a future that may add him to the 2.2 million Americans behind bars or the 5 million Americans on parole.  We exceed Russia and Cuba in incarcerations per 100,000 people, and no country comes close to ours.  One-quarter of all sentences are for drug offenses, mostly nonviolent.

Milton Friedman, Nobel Prize-winning economist, was right when he said we’re treating drugs as a criminal issue rather than a public health issue, and conservative icon William Buckley was right when he said the war is lost.  As Mr. Friedman said: “Prohibition is an attempted cure that makes matters worse for both the addict and the rest of us.”  He said the idea of “more police, more jails, use of military in foreign countries, harsh penalties for drug users and a whole panoply of repressive measures” is simply the wrong path for the U.S.

The local news media continue to treat marijuana as if it’s 1971.  A December 23, 2009, Commercial Appeal headline said: “Pot farm near University of Memphis tunneled beneath property.”  It had all of the favorite elements – 23 plants (farms must be measured differently when it comes to pot), 30 pounds of marijuana and the customary inflated street values given by law officers and left unquestioned by reporters.

It’s not just pot that gets the overwrought media treatment that contributes to an overemphasis on marijuana, with reporters parroting without question the talking points of law officers and prosecutors.  In this regard, meth is the new marijuana.  There are headlines about an epidemic (about 0.2% of Americans have used meth) and apocalyptic statements by justice officials (such as, one time use is instant addiction) as they ask for harsh mandatory sentencing.

Based on media hysteria, it’s hard to remember at times that meth is one of the least-used drugs, and studies in Tennessee, Texas, Iowa and California indicated that two-thirds of users are meth-free after therapy.

Lost in all this hype and political hyperbole about drugs is the fact that we are talking about individuals, dashed lives and lost hope.  Mr. Gales reminds us that there has to be a better way to address drug problems, because it’s inescapable that what we are doing is simply not working.

Words to Inspire Every Teacher – And A New School Board

Economic Mobility: Getting the Context Right