This was published last week as an op-ed Louisville’s daily newspaper, and because of the similarities between our city and that one, we are posting here as well.

This is an edited version of the keynote address delivered by Carol Coletta in conjunction with the release of The Greater Louisville Project’s 2010 Competitive City Report on June 24.

The Greater Louisville Project and the 2010 Competitive City Report are an important contribution to the work we are all doing to make America a more competitive nation by making our cities more successful.

I’m going to focus on some recent work we’ve done at CEOs for Cities that I believe can inform your own work.

Remember the 1939 New York World’s Fair? Of course you don’t, but we are still living with the power of its blockbuster exhibit: GM’s Futurama. Futurama showed us how we could separate work from home and move seamlessly between them in our automobiles.

Fast forward 50 years to 1989, and what do we have? Futurama! Except that traffic didn’t exactly flow smoothly. Commutes got longer. Gas prices soared, and transportation costs became an ever growing part of the household budget. Not exactly what fairgoers had imagined. By 1989, we had built an expensive way of life that required a lot of oil — foreign oil and Gulf oil — plus a lot of inefficient infrastructure to support it.

And by the year 2000, young adults age 25-34 were 30 percent more likely than other Americans to live within a three-mile radius of the nation’s central business districts. Futurama no longer reflected the aspirations of a new generation of Americans.

America is changing in important ways, and that, of course, will influence what you will have to do in Louisville to make your city a competitive force.

A result of these changes, I believe, is five imperatives for successful cities:

The first is that cities will have to learn how to develop all of their talent and put all of their talent to work. Consider this: 58 percent of any metro area’s success — as measured by per capita income — can be explained by the percentage of college graduates in its population. When anything accounts for 58 percent of your success, you’d better make it your first priority, right?

And that’s what you’ve begun to do with your education goal. Just a one percentage point increase in college attainment would mean $938million in additional, annual, personal income in the Louisville Metro area every year! We call this the Talent Dividend.

But I would urge you to think even more broadly about that challenge. Does Louisville have a Commissioner of Talent? Who’s in charge of looking at what accounts for nearly 60 percent of community success?

The second imperative is this: We have to make inspiring places where art, beauty and nature can be enjoyed every day by all of our citizens.

And, simultaneously, sprawl was eating up natural spaces, and nature became something you had to drive to experience.

You may not be building much right now, but you are probably planning future projects. You are surely dealing with vacant land and abandoned properties. All of these are opportunities to make inspiring places. Whatever you are planning, and whatever policies you are drafting, I urge you to do it with the intention to create inspiring places. This ought to be central to your quality of life goals.

The third imperative is this: The people of Greater Louisville should be able to meet their daily needs without owning a car.

Values are shifting rapidly particularly among younger Americans. They no longer consider a car a status symbol, and many of them view it as an expensive burden and inconvenience. For working families, transportation now costs more than housing — 29 percent of income for transportation versus 28 percent for housing.

If we could reduce “vehicle miles traveled” by just one mile per day per person, significant new money would go to local economies — money not spent on oil. We call this the “Green Dividend.” In Louisville, the Green Dividend would amount to $223million annually.

A fourth imperative is ensuring the opportunity for everyone to participate in a robust public life.

But I believe a new type of public/private partnership is emerging. Especially when government is pinched for money, it can re-conceive its role from service provider to a platform that enables citizens to provide services in their own behalf.

The point is that a robust public life ought to mean more than paying your tax bill. It can mean that citizens re-engage with government not simply to complain but to do something positive on their own behalf. Smart cities will enable such engagement and embrace it.

Finally, in the face of all the bad news, we’ll need to find ways to encourage optimism — a belief that a better life is available to each of us and all of us.

Those five are the imperatives for breaking out of that outdated vision of the American dream so that we can get about the business of building the next generation of great American cities. And you here in Louisville are on the front lines of this challenge.

For the past year, we at CEOs for Cities have traveled to 30 cities organizing communities to tackle the Talent Dividend. The numbers are so powerful and the need for economic growth is so urgent, you might think communities would be clamoring to capture that additional income.

But that’s not the case. Not even close. In this world, there are a very few leaders and a whole lot of followers.

This, I believe, is one of Louisville’s hidden strengths. You tackled a tough issue — consolidation of local government — and you got it done. You didn’t wait to start your transformation until you had perfect information. You had what you thought was a good idea, and you went for it.

The same is true for tackling the “Deep Drivers of Change” formulated by The Greater Louisville Project in education, 21st Century jobs, and quality of place.

You don’t have any choice except to follow your own path because “normal” as we’ve known it is not coming back. You have the opportunity to use this economic crisis to throw out the old playbook and figure out where America needs to go.

You can invent the future of America here in Louisville, and that means we all have a stake in your success.

Carol Coletta is president and CEO of CEOs for Cities, a national network of urban leaders based in Chicago. Previously she served as executive director of the Mayors’ Institute on City Design, and she served for 10 years as the producer and host of the nationally syndicated public radio 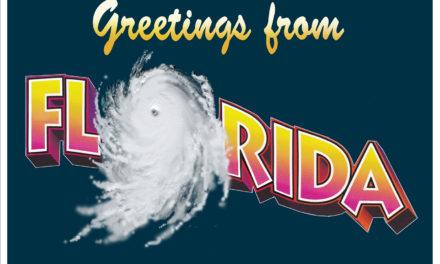 Welcome to Florida, A Cartoon by Award-Winning Bill Day

This Week On Smart City: The Quality Of Place