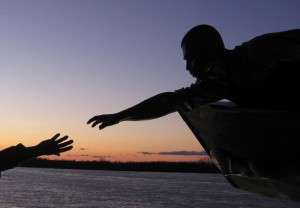 Over the years, the biggest mistakes made by Memphis City Council are the ones made when its members aim low.  And it appears that’s just what they are thinking about doing now by not finishing Beale Street Landing right.

We appreciate the hard choices in front of City Council right now, but it’s worth remembering that this tempest is about an appropriation of approximately $450,000 a year to finish Beale Street Landing as it was designed and without succumbing to the lowest common denominator thinking that has characterized Memphis for too long.

But here’s the thing.  If a Council member wants to vote against the project because they hate the Riverfront Development Corporation or because of family relationships or political debts that remain to be paid or because of a bad mood that day or a personal principle, so be it.

But respectfully, please spare us the rhetoric that it’s because so much has already been done by City Hall for downtown.

“We’ve spent a lot of money downtown over the years,” said Councilman Shea Flinn, someone we have come to admire as much for his thinking as his voting.  “There are other areas of the city needing capital improvements.”

It’s hard to fathom that the disgraceful present state of our downtown infrastructure is from a city government that loves us.  Our sidewalks are crumbling, our alleys are in need of attention, our streets’ potholes and bump are a fact of life, litter is as bad as it’s been in 30 years and we are supposed to feel like we’ve been getting special attention.

It’s nothing short of a myth, made even more ironic because city officials have over the years bragged about the “downtown renaissance” and touted its revival in their election literature as one of their accomplishments.  The truth is that in more than a decade, City of Memphis has never put any significant money into the projects that improve the daily quality of life for people living and working downtown.

Some of us have been working downtown for more than 35 years, and the public realm and the tax-supported infrastructure have never been worse.  Recently, the Center City Commission asked again for city government to do what it does for every other neighborhood in Memphis: pay for improvements to streets, sidewalks and streetscape.  The request got zeroed out by the Wharton Administration the same as it has been by the Herenton Administration.

Eight to ten years ago, with downtown infrastructure crumbling, City Hall notified the Center City Commission that city government would no longer be responsible for new sidewalks. As a result, the downtown development agency cobbled together some funding that allowed it to issue – and pay for – a fraction of the bonds that are still needed to get downtown to a decent level or to the level of comparable cities.

At a time when cities were making investments to improve their downtowns (at many times the cost of Beale Street Landing, by the way), City of Memphis left downtown on the doorstep of the Center City Commission at the same time that sidewalks were crumbling, streetscapes were haphazard, streets had more potholes and bumps than ever, litter was everywhere, urban design was sloppy, maintenance was nonexistent, alleys were deteriorating and vibrancy was as scarce as a retail store on Main Street.

Put another way, the $1 billion city government dumped responsibilities for downtown on an agency whose annual budget is about 0.6% – six-tenths of one percent – of its parent government.

Faced with such a daunting challenge, Center City Commission has been able to fund about $6 million in capital improvements in an 80-block area by leveraging the extension of its tax freezes.

That only leaves $113.4 million in improvements that have been needed for years now – in demolition of deteriorated sidewalks and alleys; construction of new curbs, gutters, sidewalks and ADA compliant access ramps at street corners; and new lighting, street trees, trees grates, trash cans and benches. Utility upgrades are also needed (and we can only hope that someday city government does understand that its large “gray tombstones” of utility boxes scattered all over downtown are eyesore reminders of its civic disregard for aesthetics).

The reality is that all the new downtown development has been set on top of a collapsing foundation. It’s absurd to think that infrastructure investments that benefit the entire city should be borne by a small downtown agency whose funding comes largely from a special tax on downtown businesses.

And yet, this is precisely what the city’s decision to abandon downtown’s infrastructure suggested. At the precise time that city elected officials were delivering uplifting rhetoric about the importance of downtown to the overall economic health of the region, to attracting and retaining talent and to its role as “welcome mat” to Memphis, it was engaged in a financial sleight of hand that largely set downtown adrift.

To top it off, city government subsequently abandoned its responsibility for landscaping and maintenance downtown, shoving that to the Center City Commission, which also pays about $200,000 a year to beef up security because Memphis Police Department won’t do it.

These days, few people remember the time when both Memphis and Shelby County Governments provided yearly operational funding for Center City Commission and backed it up with yearly CIP funds.

It was sound public policy then. It would be sound public policy now, so hopefully, the new Wharton Administration will reevaluate the funding to fix downtown’s sad infrastructure and turn around the failed Herenton policies about downtown and develop a serious plan of action to fix the many things that are broken in the public realm (including Beale Street Landing).

It’s a big reason why vibrancy in downtown Memphis is as much a distant dream as an Ikea on South Main.  More the point, our city does not have a commitment to quality public realm that makes it possible.  And it shows.

So, vote against Beale Street Landing and the exciting symbol of an invigorated riverfront and confident city that it would be, but please don’t tell us it’s because downtown has been getting too much help from City Hall.

This Week On Smart City: Learning About A Carless Downtown And Teaching America