The highest and best use of Memphis’s most visible acreage?

It’s no secret that I’ve been a fervent supporter for turning Tom Lee Park from a pasture into a signature park.  As the debate unfolded, we’ve received some comments and emails claiming that my support is the result of breathtaking conspiracies and that clearly my opinions are for sale.  I’ve chalked it up as signs of desperation by some people determined to kill off the possibility of the 30 acres being anything more than flatland for Memphis in May.

There have been personal attacks online that would make fodder for a libel lawyer, but we’ve chalked that up to the overemotional advocacy of a few who actually believe that the flat field is the highest and best use of the city’s most visible acreage.

We commend Memphis Mayor Jim Strickland for appointing the riverfront task force more than two years ago and charged it with developing the concept for a signature riverfront.  Without question, the task force delivered on that mandate and the Tom Lee Park design would deliver the best riverfront park on the Mississippi River while allowing Memphis in May to succeed.  That it can do it without any money from the City of Memphis operating budget is an unexpected bonus.

All this is preamble.  I received an email recently that said I was lying when I said I’ve supported a real park at Tom Lee Park for years.  In response to that email, I’m publishing a post from eight years ago: 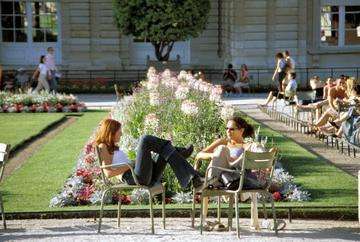 It seemed that even Google was trying to tell us something.

We’ve been intrigued by the idea that Memphis should consider a European-inspired park for the 30-acre field on our riverfront just south of Beale Street Landing.  Because of how Beale Street Landing will be a magnet for activity, there’s never been a better time to think about what Tom Lee Park should be if it were a real park.

One park we love is the park in the St. Germain-des-Pres section of Paris, Jardin du Luxembourg in Paris.  It’s one of the most successful parks we’ve ever seen, so we would put it on our list of world’s best parks.  But we were curious to see if anyone agreed, so we Googled “great city parks” to see if it was included among obvious choices like Central Park.  It was.

Of course, Tom Lee Park wouldn’t make a list of even the South’s great parks and Google seemed to agree.  At the bottom of the great city parks results was this message: Memphis: Lawn Maintenance. It summed up for us the problem with Tom Lee Park.  It’s a field with a wonderful view, but it’s a park taken to its most minimalistic.

We were also thinking about Helsinki’s beautiful parks and other European parks that seem to capture the spirit of their cities, that offer options for activities, that have seductive landscaping that includes trees, flowers, and native grasses, and that are signatures for their downtowns and waterfronts.  And, even if the park is on the waterfront, it is common for them to have water features where kids can float rented boats and adults can simply relax. 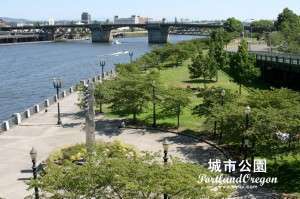 If you’re like us, when you think of great parks in other cities, you don’t think of open, flat, unimproved land like Tom Lee Park.  Even in Paris facing the Seine and with an embarrassment of architectural riches, parks don’t acquiesce and take a passive approach.  Instead, they are characterized by a strong sense of place, by diverse uses by diverse people, and by elevating the city’s quality of life.

In waterfront parks that work, the whole is always greater than the sum of its parts.  This is the central failing of Tom Lee Park, where 1 plus 1 always equals 2.  For a city like ours that has to send a different message to the rest of the country, particularly to young workers, that math has to improve. 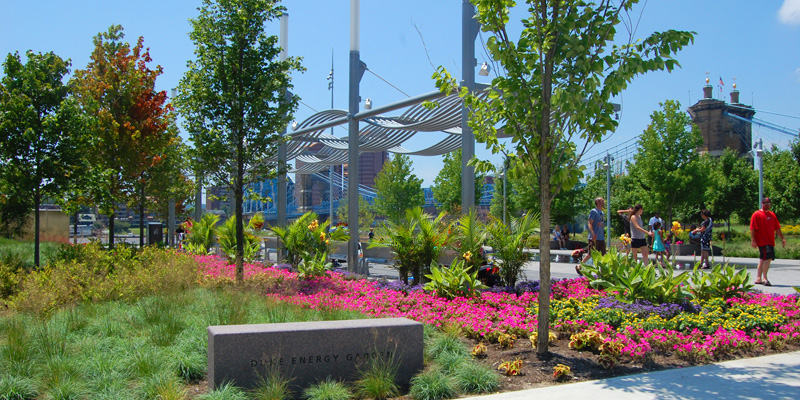 It’s reminiscent of The Pyramid and FedExForum.  In the mid-1980s, in our desperation to act like a big-time city, we bought hook, line, and sinker the idea that a “state-of-the-art arena” could be built for $39 million.  With upgrades that included a steel clad exterior, upgrades to the seating to eliminate benches in many sections, and an increase in capacity, the final cost was just over $60 million for The Pyramid.

Today, it’s hard to imagine how we were so gullible, but we didn’t know how badly we had taken the bait until FedExForum was built for about $215 million.  FedExForum had about as much in common with The Pyramid as AutoZone Park had in common with McCarver Park at the Fairgrounds.

Our lack of self-worth has led us to accept mediocrity for decades, but there are signs that things are changing.  If The Pyramid were a park, it would be Tom Lee Park.  And yet, Tom Lee Park can be the FedExForum of waterfront parks.  We need only to decide that we do in fact deserve the best and that our public realm can be competitive with any found in competing cities.

There are structural reasons that Memphis’ economy is lagging, but we have also lagged behind because unlike Nashville, we believe that we are undeserving and should accept whatever is offered to us, whether it is high quality or not.  What makes Nashville different is that it never assumes that it doesn’t deserve the best, and because of it, it goes out and gets it.

It’s time for us to do the same, and Tom Lee Park is a good place to begin. 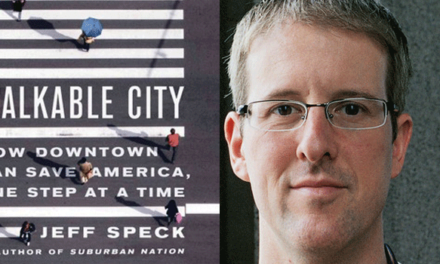