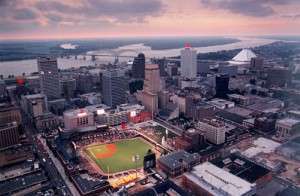 Where’s Judy when we need her?

She was granddaughter to one of Charles Dickens’s most memorable villains, Smallweed in Bleak House. Her grandfather couldn’t walk and was carried in a chair from place to place, and regularly, to get better positioned, he would shout: “Shake me up, Judy.”

We need her here.  No place needs shaking up more than Memphis.

If there are a central theme and purpose that run through the posts on this blog, it is this.  It’s also why we invited the list of contributing bloggers whose names you see on the bottom right.  They are all doing things that are shaking up Memphis.  There are also people we spotlight from time to time, and the chief criterion is that they are doing the same to shake up things.

It is impossible to conduct an objective analysis of the trajectory of Memphis and not conclude that things have to be shaken up.  Poverty is increasing with almost half of our children now held in its grip.  Density is falling like a rock in the urban core, driving up the costs of services and hollowing out neighborhoods.  Our city loses five 25-34 year-old college-educated people and five middle class families a day.

You get the point.

We have to shake things up.

There are always those who’d rather bemoan the state of things and act like demographics is destiny.  They almost seem like they’d be disappointed if things improved because they couldn’t tell us all how worthless our city is.  They are so mired in a self-defeating attitude that does nothing so much as perpetuate the conditions that they are griping about.

It’s as if we forget that Memphis has proven time after time that it can reinvent itself, it can rise from the ashes and it can produce bursts of creativity that literally change the world, whether it’s the kind of music being heard or the way that packages are being delivered.

That’s why it’s so remarkable that we need to be shaken up in the first place.  In a survey of the 20 great cities that have defined Western civilization, Sir Peter Hall, in his 1,168-page book, Cities in Civilization, included Rome, London, Paris, New York, Los Angeles, Athens, and the usual suspects in the list of great cities.

Oh, and then there’s Memphis.

Like the other cities in the book, Memphis produced the kind of game-changing innovation that changed the course of history…not just in our region, not just in our country but in the whole world.  It’s nothing short of dumbfounding that we have self-esteem problems or doubt our own abilities to attack any problem that we have and win.

There is so much that needs to be done to shake things up.

It’s why we are such strong supporters of Beale Street Landing and efforts to get our slow-moving riverfront into this century and make it a center of activity and energy and a symbol of our self-confidence.  It’s why we are supporters  – and a creator – of the Greening Greater Memphis idea to link Shelby Farms Park, Wolf River greenways and the conversion of the abandoned CSX line into a trail that gives us a distinctive outdoor recreation asset.

It’s why we are such strong supporters of the skate park on Mud Island as a powerful way to attract families and young people to the front door of our city.  It’s why we support Memphis Art Park, Memphis Music Magnet and the College of Art graduate school as ways to create what our city needs most – a culture of creativity that is imbedded in our civic ethos.  It’s why we strongly support the Charter Commission as the vehicle to create a new government that can propel, rather than inhibit, our economy, improve our safety and produce better government.

It’s why we are such strong supporters of Launch Memphis and its mission to create a generation of entrepreneurs and start-up companies, of Leadership Memphis’ Talent Dividend project to increase the percentage of college-educated people and any program to increase African-American-owned businesses, since they are keys to our competitiveness in the global economy.  It’s why support grassroots community-building groups from Livable Memphis, Clean Memphis, Grow Memphis, Project Green Fork and Sustainable Shelby that remind us that we can indeed control our own destiny.

It’s why we admire the new generation of emerging leaders that offer so much for our community, particularly if city and county governments could convert their lip service about their involvement into more young people on boards and in key public sector jobs.   It’s why we admire people who refuse to take no for an answer wherever it is delivered – from the halls of government to the board rooms of our companies.

It’s also why we are concerned about the potential devastating consequences of I-269 to Memphis and why we are disappointed that the “Establishment” doesn’t give as much attention to moving our city ahead as they do to moving freight faster.

We take inspiration from our brilliant photographer William Eggleston, who famously said that he is at war with the obvious.  Our city should be too.

Cities are complex ecosystems and strategies to improve them have to be no less so.  It works best when all cylinders are operating at full force.  They do not have to all be aligned on the same goal, but they do have to be supportive (or at least not be an obstruction) for the change agents trying to make things better.

That’s because Memphis has no margin for error.  That’s why we are impatient with rhetoric that tells us that our best days lie ahead of us or self-deluding boosterism that disguises the sense of urgency that we all should act on.

It’s why we are anxious for a radical change in the culture and agenda of City Hall so that for the first time in years, it has its eye on the ball and there is a clearer line between the executive and legislative branches.  It’s why we hope the tough questions will be asked and that decisions are based on results rather than relationships.  It’s why we are optimistic about transforming the city’s hope for a new administration into the change that is so desperately needed to improve the Memphis trajectory.

That’s why our advice for anyone who wants to make a difference is simple: “Shake me up, Judy.”

Urban Design Must Have Heart and Soul

What If the Local News Reported Positive Stories and Everybody Listened?

Memphis: A Happy Place to Work