What If the Local News Reported Positive Stories and Everybody Listened?

“If the local television stations start showing good news, then I know things are getting bad.”

That’s what my old boss used to say and he should know.   Jim Redmond was the chair of the University of Memphis  Department of Journalism and a long-time anchor in the Denver market.  Like all teachers and practitioners of journalism, he understood that news, by definition, is that which is unusual. That’s partly why crime, accidents, and other tragedies dominate television and print news, because bad things are not the norm.

Students getting good grades, citizens obeying the law, and dogs not biting humans; well, those incidents don’t make the news because they are everyday occurrences.  Practically speaking, it would be impossible to report all of those good things, as they happen so frequently.  Television newscasts filled with these typical events would have to run 24-hours a day and newspapers would be impossibly large.  Let’s face it – you probably wouldn’t be that interested.

The problem is that even if we as news consumers understand this, it often doesn’t feel like it.  If I asked you how many shootings took place in or around a Memphis City school last year – how many would you guess?  I assume your answer would be more than three.  But that’s exactly how many took place last year, according to the Commercial Appeal.

Of course, three shootings or even one shooting is too many, even for one of the largest school districts in the country.  The problem is that when we think of Memphis City Schools, we think of those three incidents, because that’s what made it into the news.  Unless our child experienced it, we won’t likely learn of the enriching science field trip taken by students at East High school, because that’s not news.  We blame journalists for that omission, and ask why they can’t report more good stories.  But can news operations really report every field trip, theater production and the hundreds of positive things that happen in our public schools every day?  Quite simply, no.

Let’s be honest.  Would you take pause from your day to read about a field trip taken by third-graders you don’t personally know?  On the other hand, we will all listen to the story about a knife found at a school, even if we can’t locate that school on a map.  We’re even mesmerized by violence that takes place at schools in faraway states, hundreds of miles from us.  Humans are by nature drawn to the perverse.

We have entered such a state of skepticism in this country about all things public, that perhaps it is time journalists rethink the idea of what it means for something to be considered “unusual.”   Put more specifically, when the journalist is evaluating whether an event is unusual is she considering its statistical deviance or community perception?  In other words, if the community largely views public schools as dysfunctional, then perhaps it makes sense to write more stories about students, teachers or administrators doing something positive.  Perhaps stories of that nature would be considered unusual by news consumers and, therefore, compelling.

I am by no means advocating the reporting of only positive stories.  Good investigative pieces and general watchdog reporting is as essential to our country as free elections and fair trials are.  We should all crave and value a healthy dose of critical journalism.  But are journalists really seeking the truth about a community’s school district, for example, if the only stories given prominence in the paper or newscast are those of conflict, violence or controversy?  This focus on the negative, in fact, is lopsided and in no way upholds the promise of objective journalism – to be accurate, fair and balanced.

For news operations, this would mean a return to more “beat” reporting, so that reporters could thoroughly and regularly cover important civic functions such as government and education.  The Commercial Appeal and Fox 13 news both tout dedicated education reporters, but given the enormity of the coverage area (West Tennessee, North Mississippi and East Arkansas) it’s hard to imagine one reporter able to fully cover this beat.  But at least these news operations are trying.

It’s an endeavor worth pursuing. Perhaps if the public received a more accurate and balanced view of Memphis City Schools – things might start happening. Perhaps more middle-class families would stay inside the city limits and send their kids to public schools; then test scores might raise, parental involvement increase and school violence decline.

No – it’s not all in the hands of local news media.  And it’s not all the fault of local journalists that these things aren’t happening.  City government, school administrators and teachers all have to do more to change both realities and perceptions surrounding public schools.  Most importantly, though, it’s up to regular citizens to take the time and check out local schools for themselves.  Parents are only getting a small part of the story when relying entirely on news reports or stories handed down by friends of friends to inform them of a district or an individual school’s fitness.

It’s likely that some of us do more research about the movie we plan to see this weekend than the options we have for our child’s education.  We must not let stories of the unusual and the ensuing public perception dictate where our child learns, and in some case, where our entire family lives.

Imagine what our city might look like if local journalists took more of their time  reporting positive movements and events happening in public schools; imagine what would happen if parents weighed their own research against the inherent abnormality of news stories.  What then would be the story of our public schools and even our city?  I’d venture to say a whole lot better and positive than it is today. 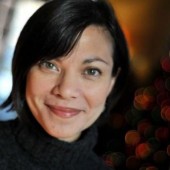 Education Under Siege and the American Dream